Monitoring Desk: In the Current Affair show, Finance Minister Ishaq Dar said he got an initial report that had traces about those who are involved in the leakage of tax records of Chief of Army Staff (COAS) General Qamar Javed Bajwa’s family members. 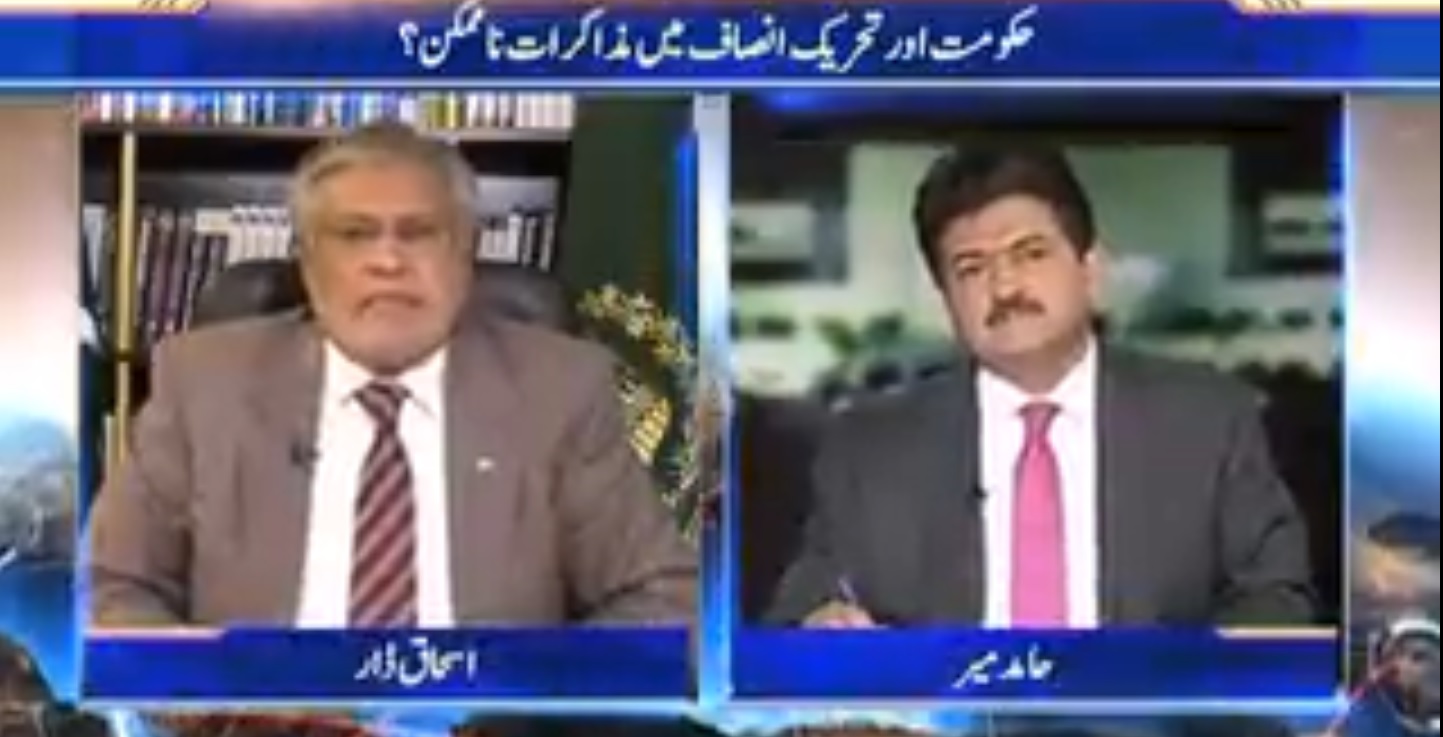 Dar while responding to questions from senior journalist Hamid Mir in his show stated that the Federal Board of Revenue (FBR) has traced the identities of the people who had leaked the.

Ahmed Noorani who is a Pakistani journalist living abroad got the attention of the world when he published his story about former Lt. Gen Asim Saleem Bajwa and his family’s interests in US-based business this report is known as Papa John Pizza Report. Last week he published tax records of Chief of Army Staff (COAS) General Qamar Javed Bajwa as well as his family members and close relatives at his investigative news website FactFocus.

Finance Minister Ishaq Dar on Monday ordered an investigation after taking the notice of the release of financial details of COAS and his family. On Tuesday he appeared in the show of Hamid Mir and informed that an investigation was on and traces of persons who leaked the data had got and further investigation would continue.