The establishment of fund for loss and damage by COP27 has been lauded as a great achievement of Pakistan’s foreign Policy. This fund will address losses and damages due to climate change in developing countries. Pakistan expressed its hope that operationalization of fund would reduce disparities in the climate finance architecture. Pakistan vows to contribute constructively in global climate change negotiations and policy actions. Pakistan’s young Foreign Minister Bilawal Bhutto Zardari has remarked that inclusion of cost and damage fund on the COP 27’s agenda is something to be optimistic about. Amid all the hopes of equitable treatment to deal with existential threat of climate change, here the question arises “is world ready to compensate Pakistan over a man-made Crisis?”

Pakistan, despite being one of the most vulnerable countries to climate change, has championed the case of climate justice not only for itself but all G77. There is a long distance Pakistan has to pass through between conceptualization of an idea and turning it into policy action. There are certain restraints that make the practical possibilities of climate justice a long and tortuous process. Before discussing restraints we first need to understand what Pakistan expects in terms of Climate Justice. The tentative features of Climate Justice are: Debt relief, Time bound Financing for energy transition, De-growth &cutting down emissions in Global North.

When a highly indebted developing country like Pakistan is affected by climate change, then debt relief becomes an essential part of policy response to meet its emergency needs. Repayment of loans coupled with cost of rebuilding makes it difficult for economy to recover. A Debt Service Suspension Initiative (DSSI) was carried out by World Bank and IMF in 2020 to let countries use financial resources to fight COVID-19 pandemic. Such initiative was not extended to extreme climate events. Pakistan at this point needs a fiscal space to adapt to climate shocks and debt relief would be crucial to overcome fiscal deficit.  One of the biggest restraints for any international initiative for debt relief is Russia-Ukraine war and international economic situation developed consequently. According to the Organization of Economic Cooperation and Development (OECD) the world’s leading economies are going through recession and steep inflation due to Russia-Ukraine war. It has cut growth by more than previously predicted. OECD further remarked that central banks need to hike rates to overcome inflation, predicting that major central banks policy rates would be increased at least 4% in 2023. Although World Bank has warned that such rate hike would hurt economy of developing countries the most. Another restraint in this regard is geo-political rivalry between eastern and western creditors. Paris Club is a group of western rich creditor countries. Their biggest apprehension is that debt relief would end up benefitting Chinese firms, which have been funding infrastructural build ups in developing countries since past decade. China on the other hand shows concerns that if it proceeds with cut in principal and interest payments then the money would go to American dominant financial institutions like IMF and World Bank. These apprehensions between both sides have hurt debt relief efforts which began under the Debt Service Suspension Initiative (DSSI).

International Energy Agency (IEA) has urged the countries around the world to speed up their transition to clean energy in order to ward off the disastrous effects of climate change. Energy is profoundly essential in poverty alleviation, to achieve better health and education facilities, to build infrastructure and industries, to ensure food security and deal with extreme climate events. Finding ways to ensure these essentials in developing countries while avoiding high-carbon emissions is one of the biggest challenges in today’s world. Transition to clean energy is crucial for sustainable development in Pakistan and other developing countries. However, the strength of the investment in energy sector is weaker because of crisis in public health which also triggered recession in the global economy. All around the world there is less fiscal space to support economic activities. The pandemic has heightened pressure on financing and major investment players, thus, practically reversed progress in expanding access to clean energy in developing countries


The historical Carbon Dioxide (CO2) emissions in the atmosphere are due to economic activities carried out by highly industrialized countries or Global North. Yet developing countries or Global South are facing most of the wrath unleashed by climate change due to these emissions. The general consensus among developing countries is that Global North should lead efforts to reduce carbon emissions and bear more responsibility to help Global South through financing in infrastructure, clean energy and other emerging technologies. USA alone is responsible for 25% of global emission which is highest in the world. It also plays an important role in climate negotiation and global policy making. USA has come up with a climate law which roughly offers $400 billion worth of incentives to finance the transition to green energy. It also includes subsidies for the manufacturing of electric cars and promotion of industries such as renewable energy and batteries. French President Macron has expressed its concerns that such policies will create fragmentation in West. It will disrupt market competition through Massive subsidies to American companies and will undermine European industries. “Perhaps this law will solve your problems but it will make mine worse,” he said. He has called on the EU to formulate “Buy European Act” which will offer similar subsidies to domestic industries. Thus, the economic interests of the west make the transition to green energy very complex.

Leading COP27’s agenda was a historic moment for Pakistan. It urged the developing countries to mobilize on the issue of Climate Justice. The Pakistani officials highlighted the urgency to tackle climate related issues or else they will continue suffering the consequences of Climate Change. Pakistan’s robust foreign policy action on climate change is commendable. At the same time Pakistan needs a holistic approach which looks at climate change from all angles going from micro to macro. It should also aim to address constructive aspect of climate security i.e. something is considered a security problem when it is securitized. The securitization would allow policy makers to view Pakistan’s environmental challenges through a 3-level framework of local, International and structural. 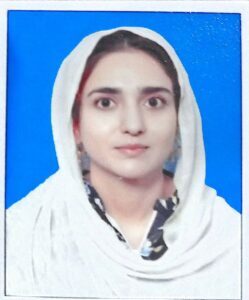