Besides security and regional issues, matters related to enhancing the level and scope of bilateral military engagements and cooperation in various fields between the two brotherly countries were discussed during the meeting. 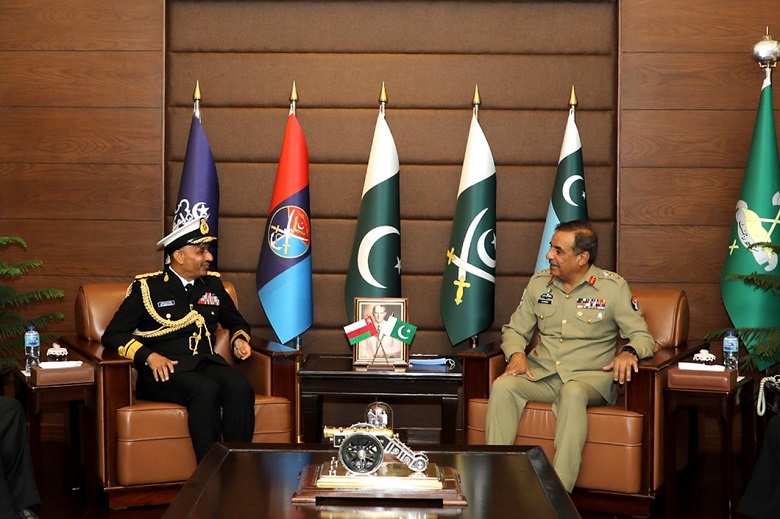 General Nadeem Raza reiterated that all regional countries need to work collectively to ensure long-term peace and stability in Afghanistan.

The visiting dignitary remained appreciative of the role of Pakistan’s armed forces in the capacity building of Oman’s armed forces. He also acknowledged the sacrifices made by Pakistan in the war against terrorism.