According to Global Times China, Liu Zongyi, secretary-general of the Research Center for China-South Asia Cooperation at the Shanghai Institutes for International Studies believes that Prime Minister Shehbaz Sharif promised to vigorously promote the China-Pakistan Economic Corridor (CPEC) in a speech after winning the election on Monday. 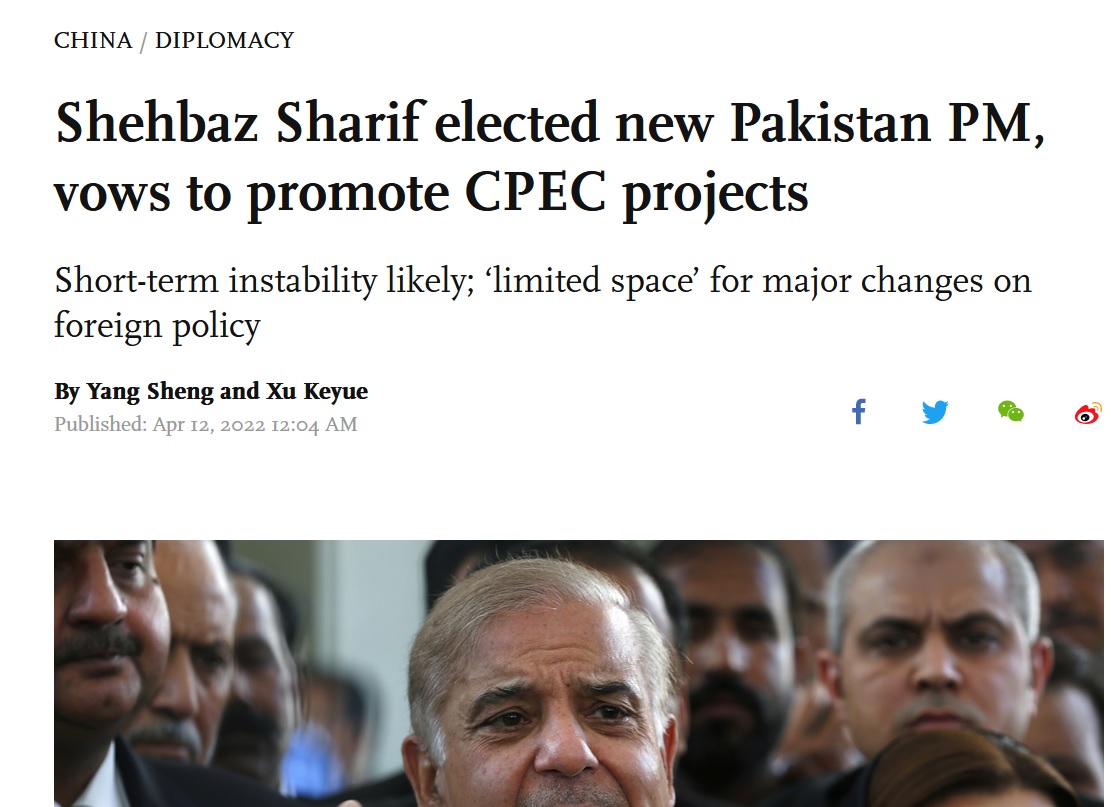 “Shehbaz had previously spoken highly of the CPEC several times, calling it an ambitious blueprint to transform Pakistan into a major emerging economy so that the less developed parts of the country could enjoy the dividends of development”, said Liu Zongyi.

Long Xingchun, a senior research fellow at the Academy of Regional and Global Governance of the Beijing Foreign Studies University, told the Global Times that Shehbaz spoke of the construction of the CPEC in his victory speech, which showed that he intended to safeguard China-Pakistan friendly cooperation and stabilize Pakistan’s economy.

“It also highlighted the importance he attached to the relationship. In fact, the CPEC has been through several changes of government since its establishment, but it has always been highly appreciated and promoted by the Pakistani side, which shows that the project is a reflection of mutual benefit and win-win cooperation, and also helps the two countries and the people of the region,” Long said.

It may be mentioned that PTI cabinet members including the minister of Communication had been claiming that large-scale corruption was found in CPEC projects during the last rule of PMLN. China always denied these allegations.  CPEC project was conceived during the era of the PPP government and was launched during PMLN’s last tenure and completed several mega projects before PTI took over the charge of the government then CPEC went to go slow phase and mega projects were halted due to lack of trust between Chinese firms and PTI government.