ISLAMABAD, Pakistan: The Chinese State Councilor and the Foreign Minister Wang Yi has extended an invitation to Prime Minister Imran Khan as guest of honour at the China International Import Expo (CIIE) to be held in November 2018.

The invitation was extended when a visiting Chinese delegation led by Wang Yi held delegate level talks with a Pakistani delegation led by the Foreign Minister Shah Mahmood Qureshi at the Ministry of Foreign Affairs in Islamabad on Saturday morning.

Shah Mahmood Qureshi said that CPEC is imperative for socio-economic development of Pakistan.

Prior to that, the foreign ministers of both the Countries also held a one-one-meeting. 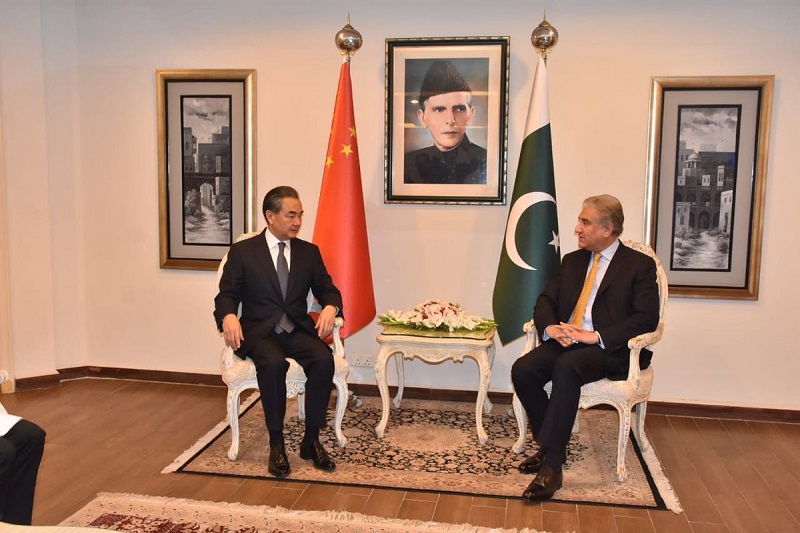 The Chinese Foreign Minister Wang Yi arrived in Islamabad on Friday night on a three-day visit for holding formal talks with the Pakistani leadership on a wide ranging issues.

Mati
Mati-Ullah is the Online Editor For DND. He is the real man to handle the team around the Country and get news from them and provide to you instantly.
Share
Facebook
Twitter
Pinterest
WhatsApp
Previous articleCoke Studio 11 Episode 5 – Sindhi Track “Dastaan-e-Mamool Rano” by The Sketches
Next articlePunjab CM, Ministers announce one month salary for dams