The also discussed various aspects of partnership between PTI and Communist Party of China (CPC).

Speaking on the occasion, the Chinese ambassador stated that transcending diplomatic and governmental ties, bilateral relations on public and societal level between the two countries have steadily grown in strength. In addition to the partnership on state level, the partnership between PTI and Communist Party of China have opened up new avenues in helping further cement and enhance bilateral relations between Pakistan and China. 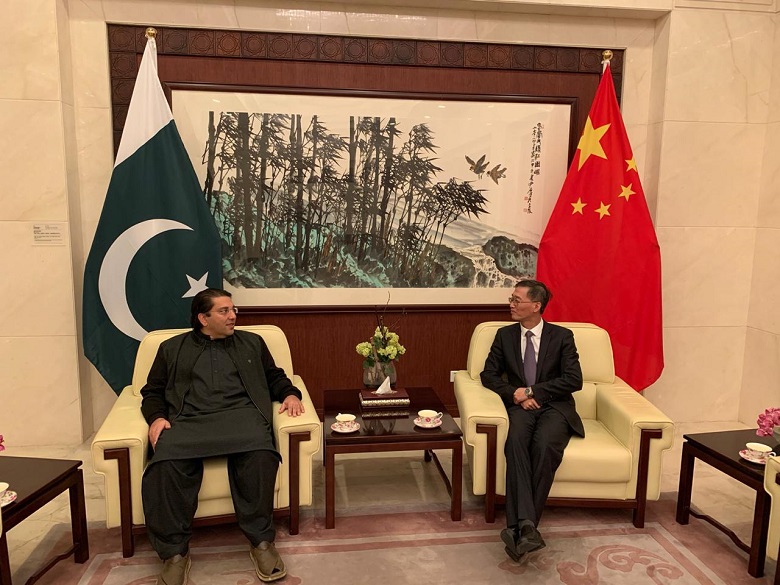 The PTI Chief Organizer said that China has always been a trusted friend and close neighbor of Pakistan. He said that the economic partnership between the two Countries through China Pakistan Economic Corridor (CPEC) project is significant in the socio-economic empowerment of huge masses in both countries. He acknowledged how CPC has organised itself in a very shorter period of time. He said that PTI and CPC enjoy a relation of great respect and regard and mutual cooperation between both parties will be pivotal in the welfare of people in both countries.

Saifullah Nyazee further said that under the light of vision of Prime Minister Imran Khan, achieving the higher standards of good governance and eradicating the menace of corruption are the core areas of our interest and the party would like to take advantage of the experience of our Chinese brothers.