RAWALPINDI, Pakistan: The Chinese ambassador to Pakistan Yao Jing held a meeting with the Chief of Army Staff (COAS) General Qamar Javed Bajwa at army’s general headquarters in Rawalpindi on Thursday, according to the Inter Services Public Relations (ISPR).

In a statement issued in Rawalpindi, the ISPR said that during the meeting, matters of mutual interest including regional security came under discussion. 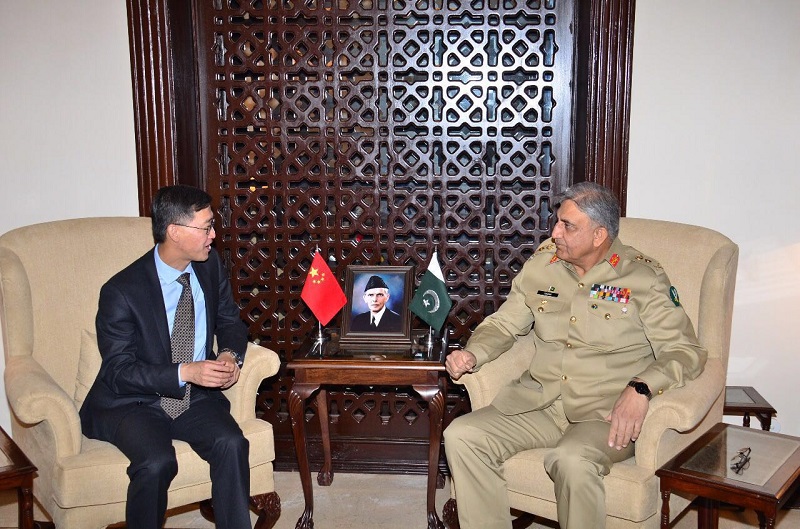 The Chinese envoy appreciated Pakistan army’s achievements and efforts for peace and stability in the region.

Mati
Mati-Ullah is the Online Editor For DND. He is the real man to handle the team around the Country and get news from them and provide to you instantly.
Share
Facebook
Twitter
Pinterest
WhatsApp
Previous articleNation’s survival depends upon strong economy, knowledge: Ahsan Iqbal
Next articleRs 2.7 billion spent to up-grade, provide missing facilities to schools, NA told