During the meeting, a detailed briefing was given over Multan-Sukkur Motorway M-5.

Speaking on the occasion, Murad Saeed said that we commend and appreciate China’s contribution toward Pakistan’s economic progressive in the form of CPEC. 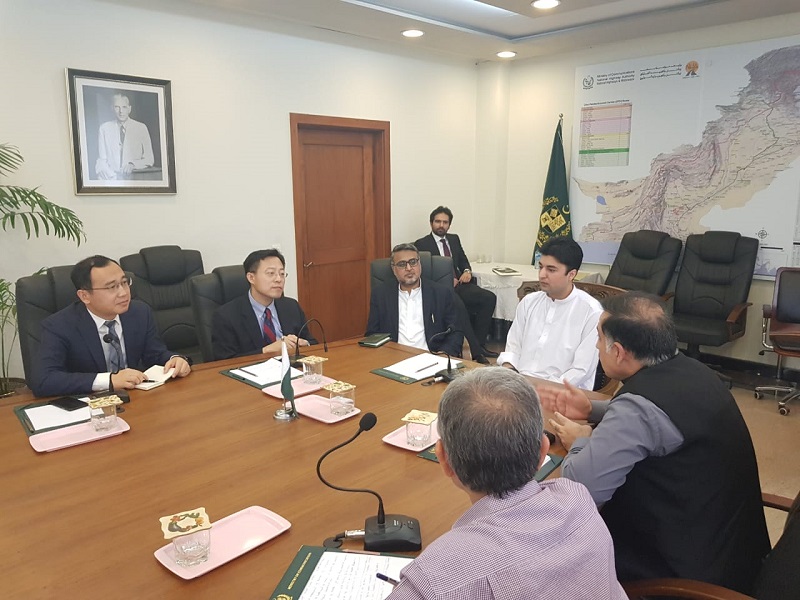 The minister added that CPEC is an alluring reflection of Pakistan and China’s strategic partnership. Murad Saeed said that by the grace of Almighty, the western route of CPEC has also become functional under the Pakistan Tehreek-e-Insaf (PTI) government.

“The completion of M-5 route is a blessing for the nation”, he said adding that the ministry of communications is fully prepared to take administrative control of M-5 and hopefully it will be open for transportation from August.

“We are accountable before the nation and the parliament for ensuring transparency in projects constructed through tax-payers’ money”, he remarked.

The Chinese envoy acknowledged the ministry’s commitment and diligence towards completion of projects.

The Head of Chinese State Construction Company and the Prime Minister’s Special Assistant Iftikhar Durrani were also present in the meeting.

Mati
Mati-Ullah is the Online Editor For DND. He is the real man to handle the team around the Country and get news from them and provide to you instantly.
Share
Facebook
Twitter
Pinterest
WhatsApp
Previous articleUndeniable evidence exists to prove money laundering of Sharif family: Shahzad Akbar
Next articlePakistan army’s rescue operation underway in flood-hit Neelum valley