Democracy cannot be exported and imposed but it builds with the national ethos of the countries. Pakistan and China have their unique democracies based on a people-centered approach. Both states have several possibilities in the areas of governance and democracy that can be learned from each other. Through people-centered democracy, Pakistan-China relations will be strengthened together for a shared future.

These were the remarks of the distinguished speakers of the Webinar hosted by the Institute of Peace and Diplomatic Studies (IPDS) and China NGO for International Exchanges titled “Strengthening Democracy for the People through Development: the Practice of China and Pakistan”.

President of the IPDS, Farhat Asif co-hosted the session along with Liu Lujun, Secretary-General, China NGO Network for International Exchange from China. 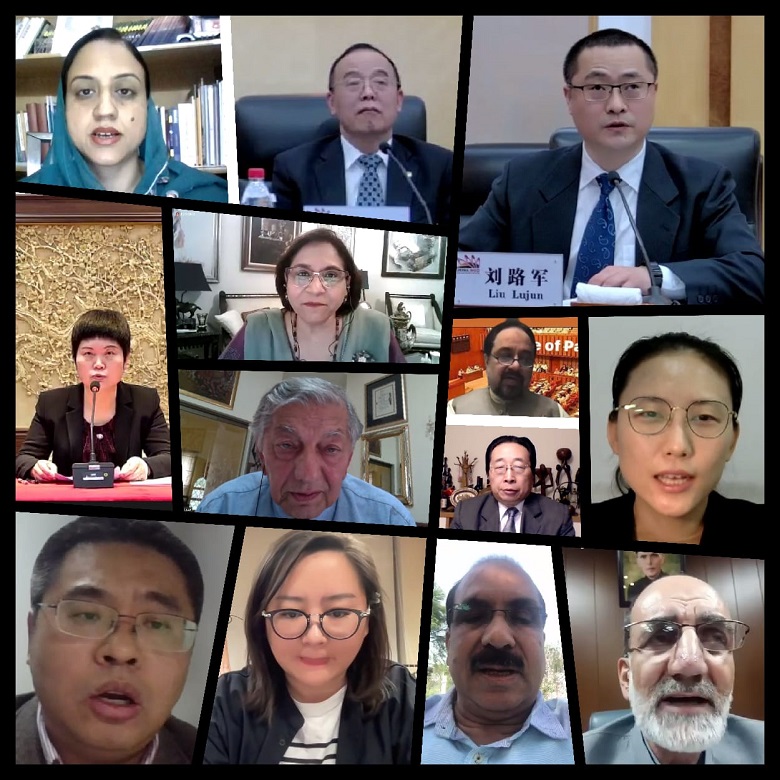 In her opening remarks, Farhat Asif shed light on the Institute of Peace and Diplomatic Studies as well as its flagship projects.

Both Farhat Asif and Liu Lujun highlighted the significance of the webinar and ways to strengthen cooperation and development through democracy.

In the keynote AI Ping, former Vice Minister of the International Department of the Central Committee of the Communist Party of China (IDCPC), Vice President of Chinese Association for International Understanding (CAFIU), said that democracy is not an ornament and should be based on people’s center. He has highlighted China’s whole process of people’s democracy.

Speaking on the occasion Ambassador Riaz Khokhar while talking about the achievements of China in terms of democracy lauded the Chinese administration for its inclusive policies and underscored that other countries should take notes from the Chinese model of democracy.

Pang Chunxue Charge D Affairs, Embassy of People’s Republic of China to Pakistan spoke about the strengthened cooperation between Pakistan and China.

Former Ambassador of Pakistan to China Naghmana Hashmi highlighted the significant progress that China has made to overcome the challenges of governance and sailed through with a head held high.

Senator Mian Ateeq, former Chairman of Senate Standing Committee on National Health Services Regulation & Coordination, highlighted the challenges of governance in Pakistan and said that there is a way to resolve issues through dialogue.

A large number of students and academicians attended the webinar from different parts of the world. A question/answer session was held at the end.