During the meeting, the naval chief congratulated the prime minister on assuming the Office.

Professional matters regarding Pakistan Navy were also discussed in the meeting. 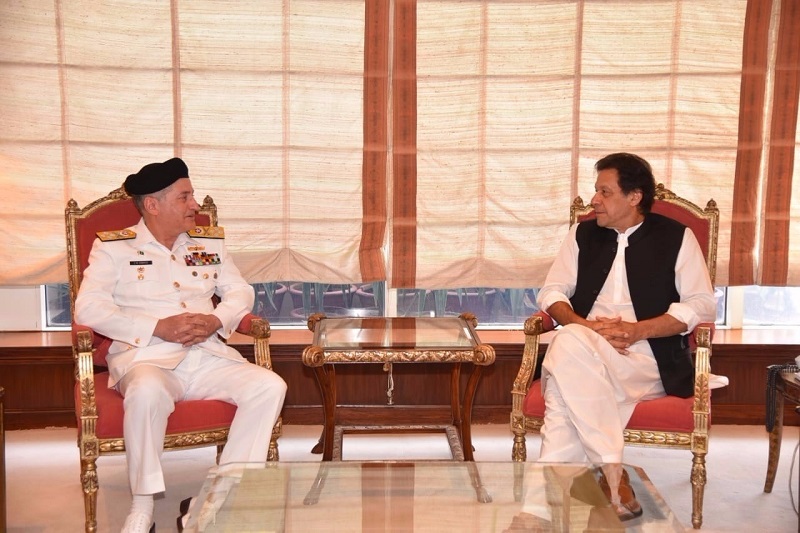 The meeting was held a day after the Chief of Army Staff (COAS) General Qamar Javed Bajwa met the prime minister and exchanged views on the Country’s security situation.

They exchanged views on national security and foreign policy issues besides regional and international matters during the meeting.

Meanwhile, Prime Minister Imran Khan will preside over the Federal Cabinet meeting in Islamabad today in which eight points agenda including the political and economic situation of the Country will be discussed.

Likewise, implementation of the decisions taken in the previous Cabinet meetings will also be reviewed.

Mati
Mati-Ullah is the Online Editor For DND. He is the real man to handle the team around the Country and get news from them and provide to you instantly.
Share
Facebook
Twitter
Pinterest
WhatsApp
Previous articleThe Dockers Brand Goes Back To Its Roots
Next articlePakistan wants betterment in ties with US: Foreign Minister