RAWALPINDI, Pakistan: The Chief of Joint Staff of the Argentina Armed Forces-Teniente General Juan Martin Paleo along with his entourage met the Federal Minister for Defence Production Muhammad Israr Tareen at the Ministry of Defence Production in Rawalpindi.

The delegation was briefed about various possible mutually beneficial collaborations in the field of the defence production. 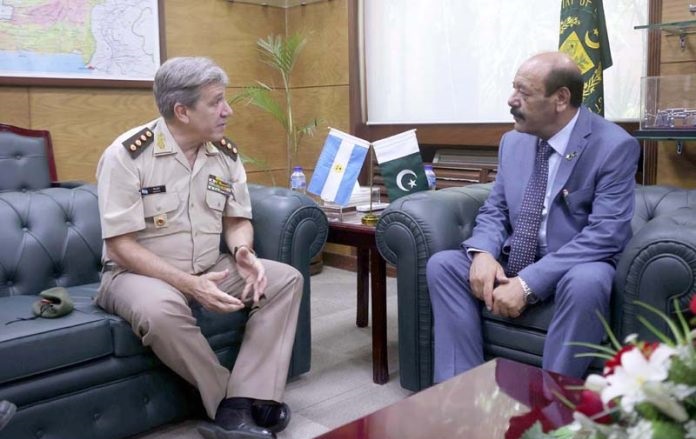 ’’Pakistan and Argentina share good bilateral coordination history and we look forward to collaborate with Argentina in the field of defence production with positive outcome and mutual gains,” the minister said while addressing the delegation.

The briefing was attended by the Secretary Ministry of Defence Production Lt. General (Retd) Humayun Aziz and various other notable officials from both Countries.

Mati
Mati-Ullah is the Online Editor For DND. He is the real man to handle the team around the Country and get news from them and provide to you instantly.
Share
Facebook
Twitter
Pinterest
WhatsApp
Previous articlePM expresses determination of timely completion of all CPEC projects
Next articlePakistan-Kazakhstan bilateral ties could reach to higher level: Minister