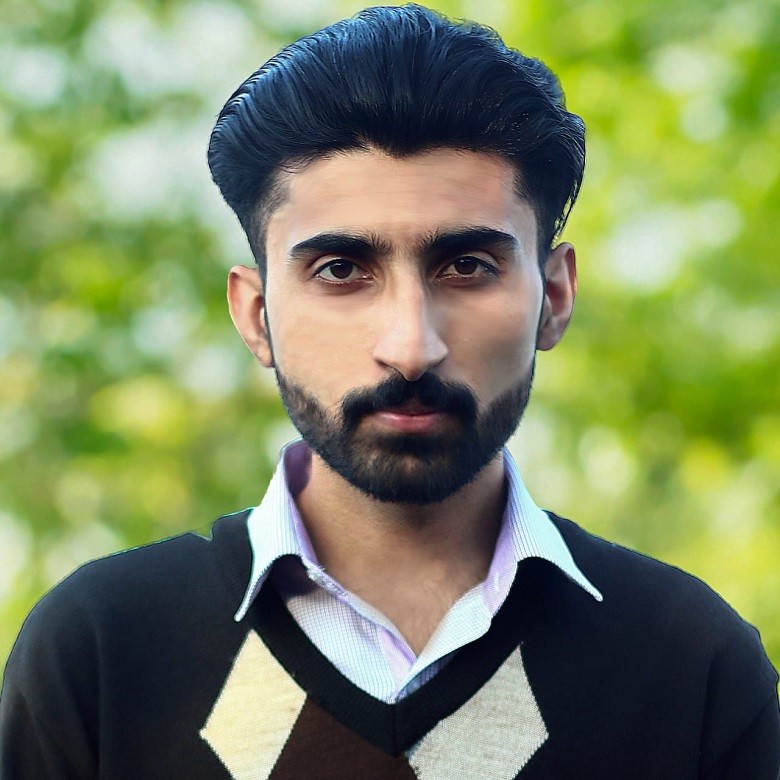 What it takes to make it in the Pakistani drama industry if you do not come from a family planted in showbiz or belong to a modern city with loads of money to spend on developing your career.

The dream of becoming a successful star comes with the promise of endless fame and fortune but reaching that milestone takes a toll on the artist.

If you belong to a family of actors and filmmakers, it’s like being born with a silver spoon in your mouth.

Your success as an actor is pretty much prepared for you your whole life and you blow up in the industry soon after your debut.

The other way to success is living in a modern hometown along with money to burn throughout your journey of a struggling artist.

For those without all these cushions, the drama industry holds a dwindling road of misadventures and hardships.

The young actor Ch Moazzam Ishaq has gone through it all as a common man and lived to tell the tale of becoming an actor when you do not have the upper hand in the industry.

The first feat of his career was landing a supporting role in the Pakistani drama series ‘Darr’.

The role would not seem as much to anyone else but only he knew the hardships and hurdles that he had to go through to get a chance at presenting a slight glimpse of his talent to the world.

“The Pakistani drama industry is one of the toughest ones for struggling artists from mediocre backgrounds. There are little to no platforms of showing your talent and the best you can hope for is to land a small role to start from somewhere. The decision of roles and casts is all done under the table and there is no such thing as auditioning for a role in a television series”, says Ishaq.

The industry is embedded with success stories of young prodigies that belong to families that are rooted deep in it.

“I could have never matched the likes of Ahad Raza Mir, Shehroze Sabzwari, and Shahzad Sheikh whose families have had a strong presence for decades and they prepared them all their lives just to become successful stars. The reality of not having a family member in the industry to welcome me with arms wide open was a harsh one”, states Moazzam.

Every day in the life of a struggling artist is nothing less than a do or die situation they go through. Landing a role is just the beginning of a crude journey while consistently performing at the set every day is the real trial that awaits them.

“Working on set of ‘Do Bol’ has taught me that there is no such thing as a second chance or any space for error. One strike and you’re out”, shares Ishaq.

Successful artists that came from modern cities and strong families have also had a better chance in the industry as compared to those from far off places of the country.

Actors from the capital city of Islamabad or the great hub of Karachi makes artists such as Ishaq coming in from less facilitated cities such as Jhelum, the underdogs of the industry.

The exposure that is available in the main cities cannot be matched with the situations people face in smaller cities.

Ch Moazzam Ishaq was later seen in the prime-time television serial ‘Khamoshi’ along a star-studded cast.

This took him a great deal of his time and efforts to get to be a part of the project as he did not have any outstanding credentials that would hover above him and grant him success everywhere he went.

“The true essence of being a struggling artist was felt by me when I had to make my way on to the set each day from my hometown hundreds of kilometers away. The only other option was to crash at a friend’s apartment just to get a few hours of sleep at night”.

The boys from Islamabad, Osman Khalid Butt and Emmad Irfani greatly owe a huge part of their success to belonging to the capital.

They often credit their stardom to the fact that they gained massive exposure and opportunities due to living in a pivotal part of the country where people of all sorts were to be seen and met.

The fact that being smarter in the industry can lift you up greatly cannot be denied in any case.

The things that those guys already knew about the industry were yet to be learnt by Ishaq after he entered the industry.

This leaves guys like him who come from small cities at a huge disadvantage.