The popular app-based ride-hailing service Careem has launched its Carry Dabba Service in Khyber Pakhtunkhwa’s Abbottabad City, with an ultimate aim to make the beautiful Garrison City the gateway to tourism.

In this regard, an impressive ceremony took place on Thursday in Abbottabad wherein Careem Carry Dabba Service was formally launched. A rally consisting of Carry Dabbas was also held on the occasion.

Initially, Careem will ply 30 Carry Dabbas as part of the Service in Abbottabad. 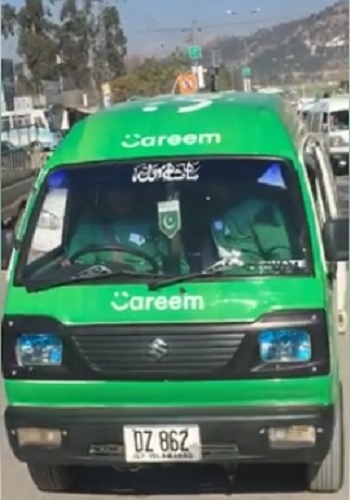 Not only Careem took revolutionary steps to bring easy, affordable and best transportation facilities for the people in major Cities of the Country while using state-of-the-art technology but now the ride-hailing service has also further stepped in to promote tourism in Pakistan by introducing affordable rides in Abbottabad, one of the County’s most beautiful Cities.

The Careem officials have expressed hope that like its other services running in other Cities, Carry Dabba Service will also soon gain popularity in Abbottabad, and people will get rid of day-to-day transportation problems.