The Johnson & Johnson’s (J&J) Baby Powder is allegedly causing cancer, pushing the US-based Company to halt the selling of its talcum powder in 2023 in the global market.

Founded in January 1886, the pharmaceutical giant has been subjected to face thousands of litigations over health concerns triggered by the use of J&J’s Baby Powder.

Over the last few years, more than 26,000 lawsuits have been filed by the customers complaining that the Company’s talcum powder contained a substance causing ovarian cancer. 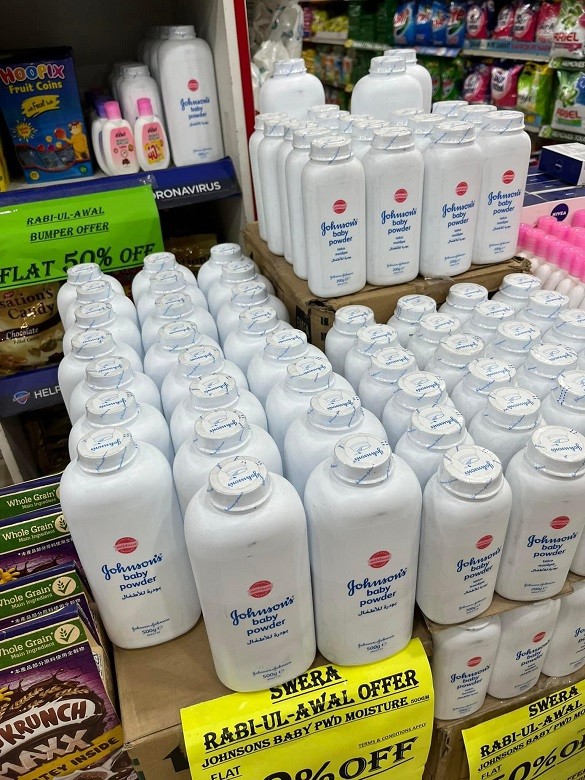 Even casualties of ovarian cancer were also reported especially in the United States after they applied the baby power to their body. For instance, a 62-year-old woman named Jacqueline Fox succumbed to ovarian cancer in 2015 while in 2017, another woman developed ovarian cancer after using the talcum powder.

Johnson & Johnson also had to pay millions of dollars to the victims as per the directives of the US Courts in 2016 and 2017 as compensation for the damages.

In 2020, the Company discontinued the selling of its product in the United State and Canada while this year, it announced to stop selling its talcum powder globally from next year.

However, in an unfortunate occurrence, Johnson & Johnson’s Baby Powder is still available in Lahore and being sold with 50 percent discount.

Reportedly, most of the departmental stores in Lahore are selling the product at a discount rate without realizing its health hazards.