FeaturedGovernment of Pakistan
By Mati
April 6, 2020 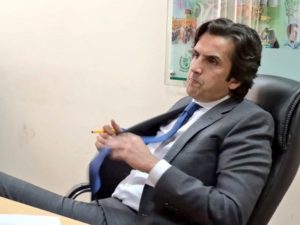 Besides, the Secretary Ministry of National Food Security & Research Hashim Popalzai has also been removed. He will be replaced by Omar Hameed.

Likewise, the Pakistan Tehreek-e-Insaf (PTI) stalwart Jahangir Khan Tareen has also been removed as the Chairman of Task Force on Agriculture in light of findings of sugar and wheat inquiry report.

The prime minister has also accepted the resignation of the Khalid Maqbool Siddique as the Federal Minister for Information Technology. 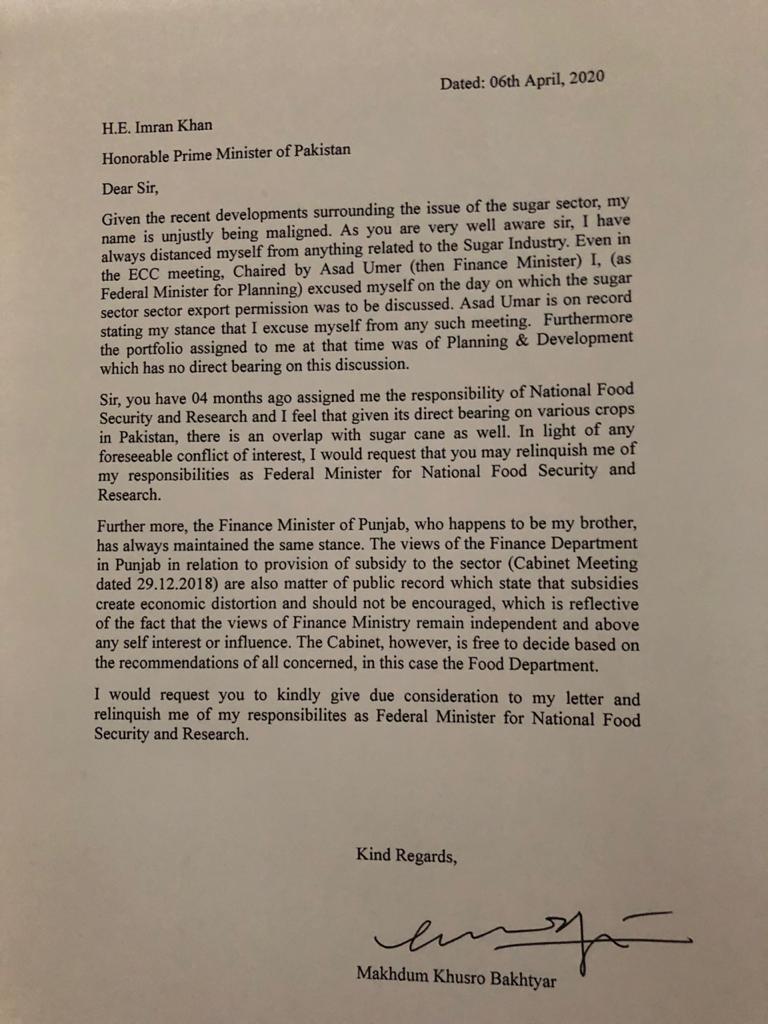 However, according to the Prime Minister’s Special Assistant on Media Dr Shahbaz Gill, the news about Khusro Bakhtiar’s resignation is not correct and he will now serve as the Federal Minister for Economic Affairs.

Sources said that Abdul Razak Dawood has been removed from the portfolio of Industries & Production and the Chairman of Sugar Advisory Board but he will remain as the Prime Minister’s Adviser for Trade and Investment.

I am grateful to my leader @ImranKhanPTI for entrusting me with the portfolio of Industries.
This is a heavy responsibility, especially during these challenging times. May Allah give us all the strength & ability to overcome all difficulties & lay foundations of a Naya Pakistan.

Separately, the Punjab Food Minister Samiullah Chaudhry has also tendered his resignation and offered himself for accountability over allegations leveled after the wheat inquiry report surfaced.

While the Dera Ghazi Khan Commissioner Naseem Sadiq and the former Director Food  Punjab Zafar Iqbal have been made Officer on Special Duty (OSD).

Nausheen Javaid Amjad has been appointed as the Chairman of the Federal Board of Revenue (FBR) with immediate effect, replacing Shabbar Zaidi.