The National Stadium Karachi will host the 44th International Test Match beginning on Thursday between Pakistan and Sri Lanka.

It would be their fifth battle in the longest format of the game at the same venue after a hiatus of 10 years. Except the 2009 Test Match at National Stadium Karachi which happened to be the previous last one between them, all matches produced results in favour of Pakistan.

Tickets of Pakistan vs Sri Lanka Second Test in Karachi are available at https://tickets.yayvo.com/pvs-karachi

The next encounter to be taking place in Karachi from December 19 to 23 as part of the ICC World Test Championship will be the second Test Match between Pakistan and Sri Lanka.

Unlike Rawalpindi Test, it will very much likely to be a full game at Karachi without any interruption by rain. There is a sunny forecast throughout the Test match but first two days may have parts of the sky covered by clouds. 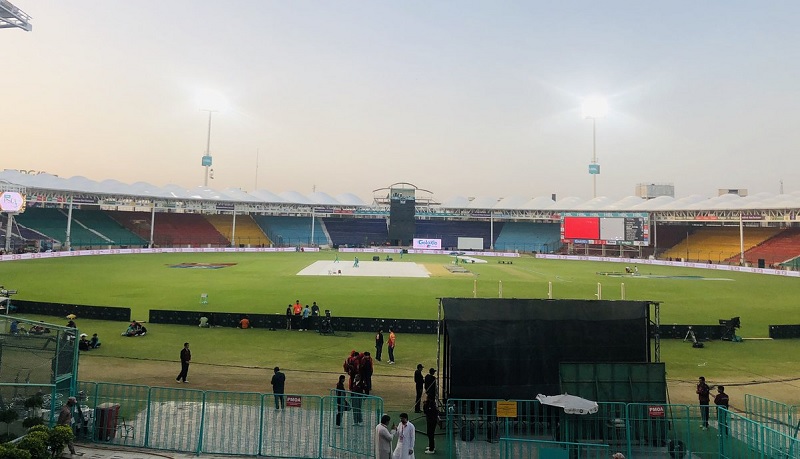 National Stadium KarachiHowever the Pindi dwellers again ended up as having missed the opportunity to witness the excitement linked with competitive cricket, they had been waiting for for over one and half decade. Apart for the fifth day of the first Test match at Rawalpindi Cricket Stadium, all first four days were badly interrupted by the rain.

Not a single innings from either side could be completed, and the match was eventually drawn.

Yet one aspect that brought smiles and cheers for the spectators and TV viewers was two Centuries by Babar Azam and debutant Abid Ali, who along with this Century registered a unique World Record of having smashed Centuries in both of his maiden ODI and Test.

First Test at Rawalpindi was drawn after Rain Interruption 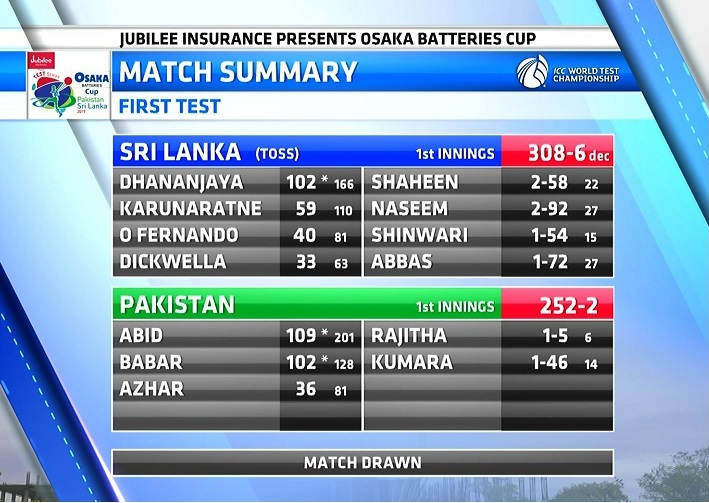 Mati
Mati-Ullah is the Online Editor For DND. He is the real man to handle the team around the Country and get news from them and provide to you instantly.
Share
Facebook
Twitter
Pinterest
WhatsApp
Previous articleWho gave orders to enter girl’s washrooms in Jamia Islamia Delhi?
Next articleFormer Military Dictator General Pervez Musharraf awarded Death Sentence for abrogating Constitution