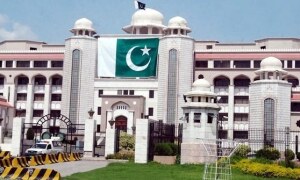 The Minister Incharge of the Prime Minister’s Office on Friday shared the detail with the Senate of the budgets allocated and utilized by Prime Minister’s House in Islamabad during the last three years.

However, out of them Rs 315,920 million was utilized, saving Rs 72.958 million and surrendering to the national exchequer.

The year-wise detail of budgets allocated and utilized by Prime Minister’s House during the last three years is as under; 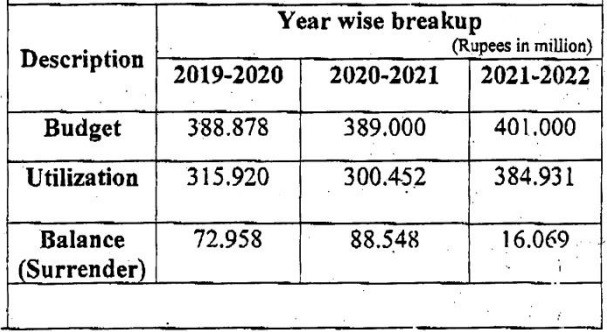 It’s worth noting that the former Prime Minister Imran Khan promised to convert the PM’s House into a University.

In January 2022, the National Assembly* also passed a bill aimed at establishing the Pak University of Engineering and Emerging Technologies (UEET) in the premises of Prime Minister’s House in Islamabad.

However later on March 15, 2022, the Senate Standing Committee on Education rejected the bill to establish the said University, saying that the government should strengthen the already existing Universities rather than spending billions of rupees on a new University that too in the PM’s House.

It’s also worth mentioning that Pakistan Tehreek-e-Insaf (PTI) didn’t enjoy majority in the Senate – the Upper House of the Parliament. A bill becomes an Act only if it is passed by both National Assembly and Senate.