BRT Peshawar becomes a source of nuisance for KP government

ISLAMABAD, Pakistan: The much-trumpeted flagship project TransPeshawar also known as Peshawar Bus Rapid Transit (Peshawar BRT) became a source of nuisance for the Khyber Pakhtunkhwa (KP) government as it is unlikely to see the light of the day anytime soon.

The Pakistan Tehreek-e-Insaf (PTI) is getting a lot of flak for this much-touted bus project not only because of its long-delay and the subsequent drastic cost escalation but also of its strong opposition to such multi-billion project at a time when the country-men are vying for basic necessities of life.

However, contrary to his narrative, the PTI Chairman and Prime Minister Imran Khan gave nod to the then PTI led KP government to launch the multi-billion bus project in the provincial capital despite all opposition.

The then chief minister Pervez Khattak made tall claims and convinced Imran Khan that the project would not only be far better than the projects launched by his arch political rivals Shahbaz Sharif but would also be cost effective as well as it would be completed in a record few months. 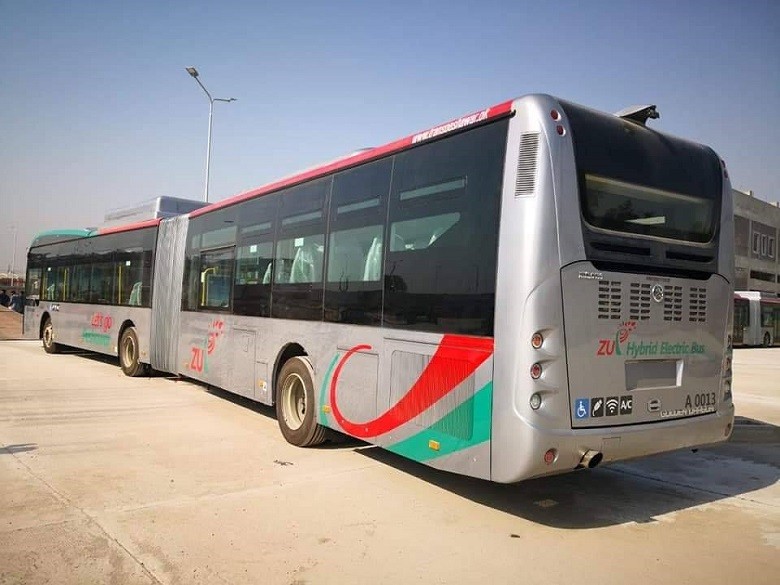 Construction work on the Peshawar metro bus project began in October 2017 with much fanfare. A few months later, the KP government announced it would be completed in six months, followed by another announcement of its completion in one year. However, three years later, the project has yet to be completed.

As per media reports, Peshawar’s Bus Rapid Transport will be one of the most expensive BRT ever built – once it is completed. Here’s the cost comparison on a per kilometer basis: Ahmedabad $2.4 million; Dalian (China) $2.6 million; Changzhou (China) $4 million; Guangzhou (China) $4.4 million; Beijing $4.8 million; Bogota $5.3 million; Paris $7 million; and Istanbul $8.8 million.

BRT unlikely to see the light of the day anytime soon

Lo and behold, the Peshawar BRT – at $22 million per kilometre – will be the most expensive on the face of the planet. According to the Peshawar High Court (PHC), “The total cost for the 27.37 kms road project is estimated at Rs66.437 billion. This translates into approximately Rs2.427 billion cost per kilometre which is exorbitantly high.” The PHC adds: “The project has grossly been mishandled and mismanaged from inception by the provincial government officials and thus far three project directors have been replaced.”

The Supreme Court (SC) also was irked by the continuous delay in the completion of Peshawar’s Bus Rapid Transit project and observed that it is an example of ‘one step forward and two backwards’.

Justice Umer Ata Bandial presided the hearing of the case on Tuesday, the petitioner, Adnan Afridi, claimed that parts of the project continue to be demolished after construction is completed.

Inquiring from the Khyber-Pakhtunkhwa government’s counsel about the completion date of the project, Justice Bandial said that the provincial government cannot dodge objections about the project’s transparency.

The K-P’s counsel prayed before the court that the completion date of the project was July 31, however, the construction work came to a halt due to the unprecedented outbreak of the novel coronavirus. “A new completion date has not been given by the contractors as of yet,” the counsel said.

The SC judge stressed that the BRT project is being made from the taxpayer’s money and the provincial government is responsible for utilising the funds in a transparent manner.

“Questions will be asked if the money is wasted,” Justice Bandial said. “People’s money should be used carefully.”

Mati
Mati-Ullah is the Online Editor For DND. He is the real man to handle the team around the Country and get news from them and provide to you instantly.
Share
Facebook
Twitter
Pinterest
WhatsApp
Previous article
TECNO Spark 5 | Spark 5 Price in Pakistan | Spark 5 Series
Next article
Oh God we are not children of lesser god—This is Indian Kashmir through Lenses of photojournalist Masrat Zahra
Share
Facebook
Twitter
Pinterest
WhatsApp