Government of Pakistan
By Mati
October 21, 2022

ISLAMABAD, Pakistan: The British High Commissioner to Pakistan Christian Turner held a meeting with the Federal Minister for Economic Affairs Sardar Ayaz Sadiq at the Ministry of Economic Affairs in Islamabad on Friday. 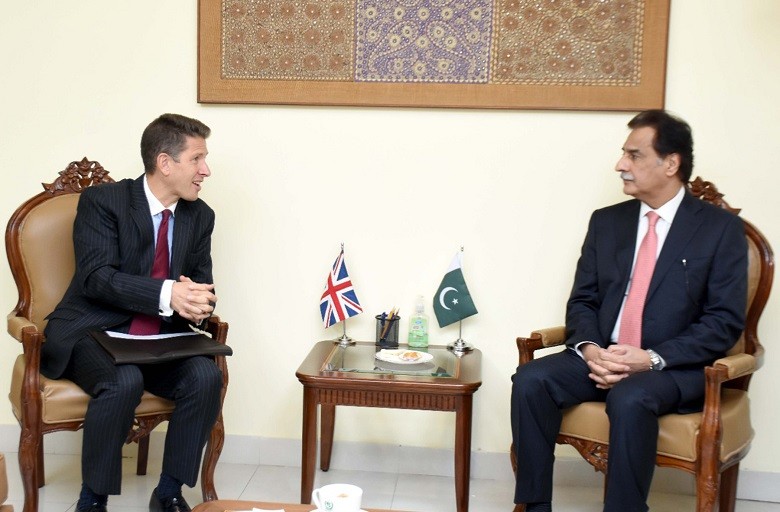 The minister for economic affairs warmly welcomed the British High Commissioner and acknowledged the role of United Kingdom as one of the largest bilateral partners of Pakistan.

Christian Turner extended his deepest condolences over the loss of lives and large-scale destruction caused due to the devastating floods in Pakistan.

The British High Commissioner apprised the minister about the flood relief assistance provided by the government of UK and stated that UK will aid with the climate resilient reconstruction.

The federal minister extended gratitude for the kind assistance.