The high commissioner congratulated Shahbaz Sharif on assuming the office of the Prime Minister of Pakistan and conveyed the best wishes of the British government. 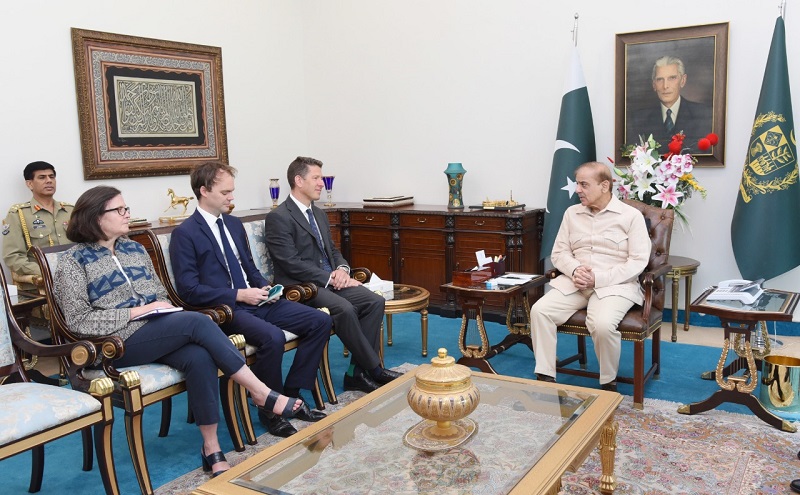 The prime minister added that Pakistan highly valued its relations with the UK, which were based on historical linkages & convergent interests on a broad range of issues.

The prime minister emphasized the importance of enhanced trade and investment ties and the need for elevating the relationship to a strategic level.

Highlighting the positive bridge-building role played by around 1.6 million Pakistani diaspora residing in the UK, the prime minister emphasized the need of strengthening cooperation in the field of legal migration to fully realize the potential.

The Prime Minister Shahbaz Sharif also appreciated the work undertaken by the UK in promoting education, health and other social sectors in Pakistan.

Mati
Mati-Ullah is the Online Editor For DND. He is the real man to handle the team around the Country and get news from them and provide to you instantly.
Share
Facebook
Twitter
Pinterest
WhatsApp
Previous articleFree 12GB Internet from Zong for All-New TECNO users; 2.5 Lac People Joined in 2022
Next article‘Maro Mujhe Maro’ guy Momin Saqib joins TikTok