FeaturedGovernment of Pakistan
By Mati
April 27, 2022

The Secretary Finance Hamed Yaqoob Sheikh was also present in the meeting. 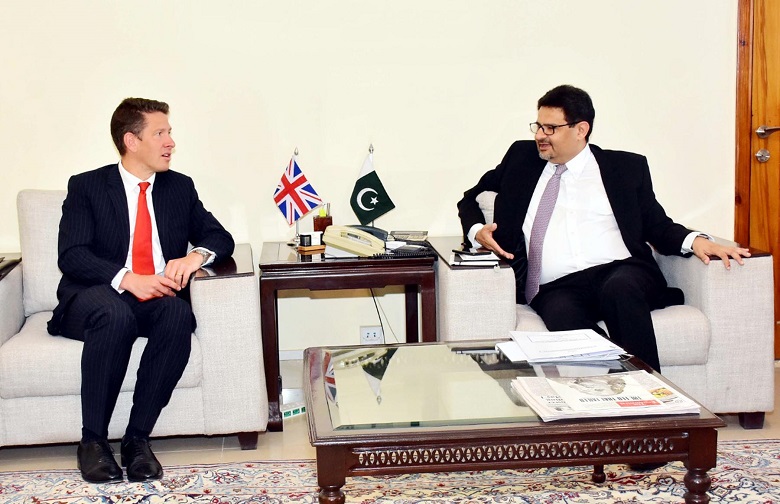 The Minister underscored that Pakistan had long-standing historic ties with the United Kingdom and relations between the two Countries needed to be further expanded for the mutual benefit of the two sides.

The Finance Minister shared with the envoy broad economic agenda and priorities of the new government and said that the resent government aims to bring about economic and fiscal stability leading to economic recovery and growth.

The British High Commissioner extended the felicitations and warm wishes of the government of the United Kingdom to the Minister on assuming his new responsibilities and expressed his good wishes for the new government.

Christian Turner said that both Countries enjoyed excellent economic relations which will be further strengthened. He assured the Minister of the full support of the British government and people of Britain.

The Finance Minister Miftah Ismail thanked the British High Commissioner for his cooperation and support.