Well it’s been said for so long, it has sort of become a cliché. But that doesn’t mean it isn’t true. While Bollywood dominates in Pakistan when it comes to films, on the smaller screen, there is no competitor of Pakistani dramas.

The latest proof of it comes from famed Bollywood actress Zarina Wahab’s high praise for Ahsan Khan. The veteran actress who has been working for more than 30 years now, sent a personal message to the actor for his portrayal of Rashid in 7th Sky’s ’Qayamat’. 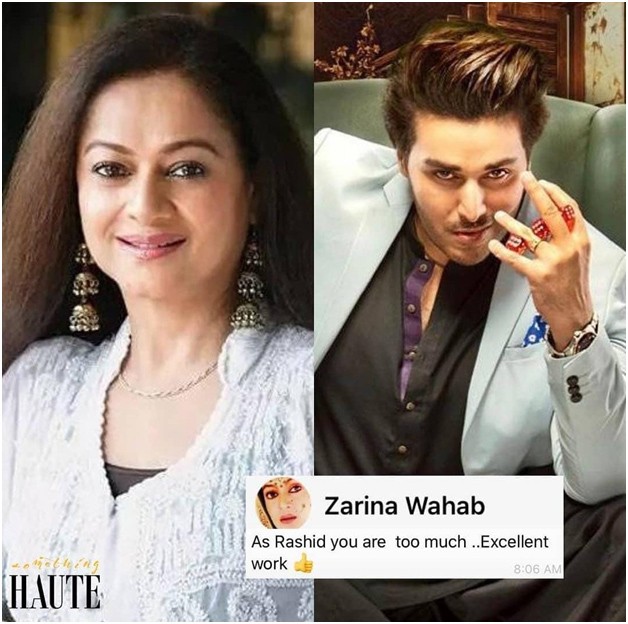 “As Rashid you are too much… excellent work,” she wrote.

In recent years, ZarinaWahab has been part of hit films like My Name is Khan, Dil Dhadakne Do and Agneepath, working with mega stars like Shahrukh Khan, Hrithik Roshan, Farhan Akhtar among others. So coming from a contemporary artist like her, this is a matter of great satisfaction for Ahsan Khan as an actor. He has earned the respect of his fellow performers. That would mean a world to him.

Qayamat has been a hit drama and 7th Sky has garnered a lot of praise for their project. The enigmatic duo, Abdullah Kadwani and Asad Qureshi have done it again, so it’s no surprise that it has fan across the Radcliffe line as well.

Mati
Mati-Ullah is the Online Editor For DND. He is the real man to handle the team around the Country and get news from them and provide to you instantly.
Share
Facebook
Twitter
Pinterest
WhatsApp
Previous articleNawaz Sharif to be issued emergency travel documents for return to Pakistan: Sheikh Rashid
Next articleDND Thought Center