As labour Pain is necessary before the birth of child, several nations had gone through pains and agonies before birth of their Independence.
Sometime, the phase of such kind of pains lasts for several decades and sometimes for several centuries.
Kashmiris in Indian Occupied Kashmir are going through this pain for the last seven decades. God knows for how long Kashmiris will have to going through sufferings, pains and agonies.
The modern Azerbaijani nation had also gone through such agonies for decades before the birth of an “Independent Azerbaijan” took place.
Black January (January 19-20 1990) is an unforgettable series of events of sacrifices of Azerbaijani people but it is also a beginning of end of Labour Pain for Azerbaijani nation. This event triggered a series of events which lasted in the Birth of an Independent Azerbaijan.
Although Pakistan and Azerbaijan are two brotherly countries but still there is a dire need to introduce history of Azerbaijan to students of history in Pakistan as even libraries do not have material and information on internet are (sometimes) not reliable. I gather information for this article mostly from official information channels (materials from State Run News Agency AZERTAC and the Ministry of Defence of the Republic of Azerbaijan).
Azerbaijan on January 19-20 would observe the 30th anniversary of Black January the entry of Soviet troops in Baku.
Here are some important points, students of history should know about this tragic day.
The events that led to the tragedy of 1990 date back to 1987, when attempts to annex the Nagorno-Karabakh to Armenia and another wave of the expulsion of Azerbaijanis from their historical villages in Armenia were gaining momentum.
Entering military units of the Soviet Army into the country against the people, outraged by the aggressive actions of Armenia, which put forward territorial claims to Azerbaijan, and the complicity of the leadership of the former USSR to Armenians, and took to the streets and squares of Baku to express their strong protest against this, led to an unprecedented tragedy.
Each year at midday on January 20, a nationwide moment of silence is observed to commemorate January 20 martyrs in Azerbaijan. Ships, cars, and trains sound sirens throughout the country, commemorative events are held in all cities and towns, and the national flag is lowered on all buildings.

What Happened during the night of January 19-20? 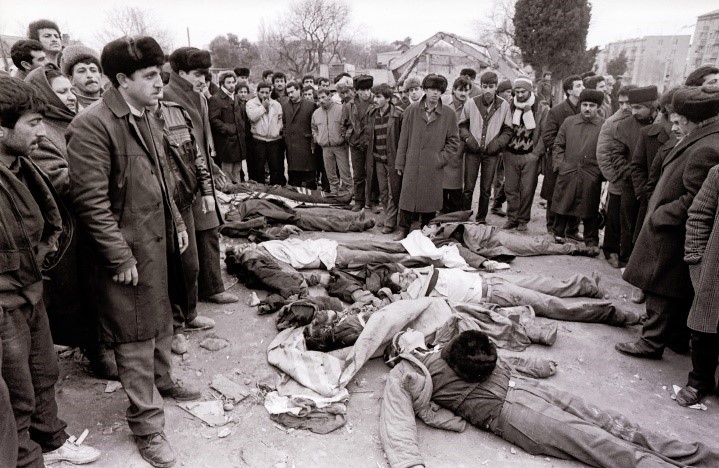 Under direct instructions from Mikhail Gorbachev, the then General Secretary of the Central Committee of the Communist Party of the Soviet Union, military units from the USSR Ministry of Defense, State Security Committee and Ministry of Internal Affairs entered city of Baku and nearby regions with tanks, massacring the civilian population using heavy military equipment and other various forms of weaponry. 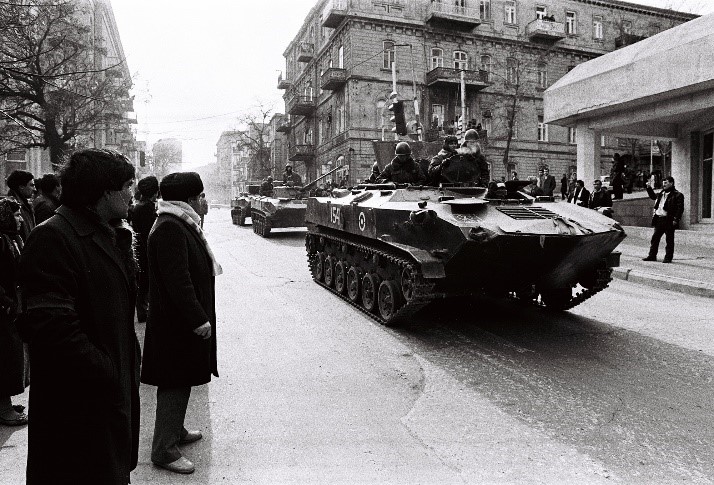 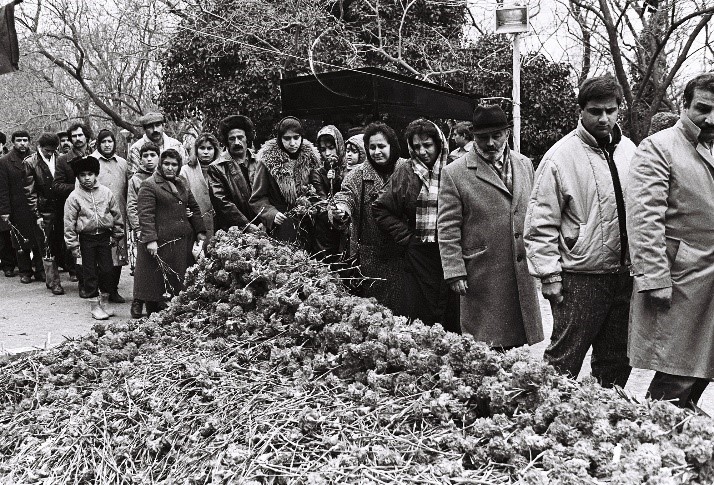 A total of 841 civilians were arrested in Baku and other cities and regions of the republic, 112 of whom were sent to prisons in different cities of the USSR. The Soviet troops fired on 200 homes, 80 cars and set fire to a large number of public and private property, including ambulances.

Immediately after the tragedy, on January 21, 1990, national leader Heydar Aliyev visited with the office of Azerbaijan’s permanent representation in Moscow. He expressed solidarity with his people, sharply condemned the Soviet leadership for committing the bloody tragedy and exposed those who led the operation.
The people of Azerbaijan staged a massive rally in “Azadlig” square on January 22 to pay tribute to the martyrs of January 20. 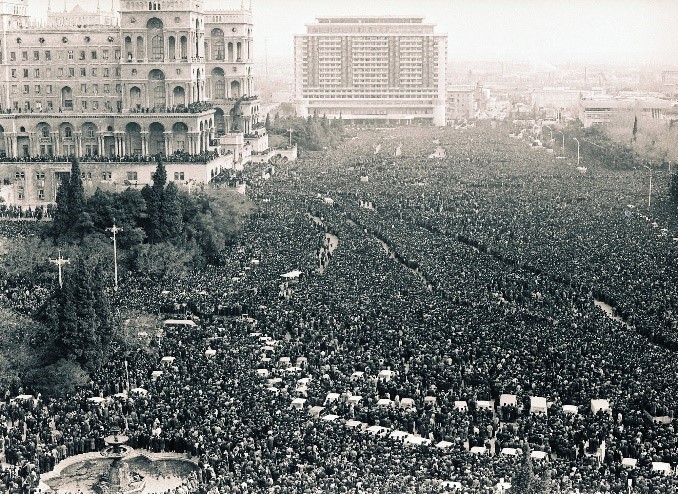 The burial ceremony at the Alley of Martyrs was attended by nearly two million people. By demand of the people, the Supreme Soviet of Azerbaijan SSR even convened an extraordinary session and adopted a decision on the abolishment of the curfew in the city of Baku.

The Birth of Independence

This epochal event was the deciding factor in forming Azerbaijani national identity and marked a turning point in restoring national independence.
It was the January tragedy that turned a national liberation movement into a political reality and gave strong impetus to the Azerbaijani people’s struggle for independence.
On October 18, 1991, the Supreme Soviet of Azerbaijan adopted a Constitutional Act on the Declaration of Independence of Azerbaijan. The declaration was confirmed by a referendum in December 1991.

Central Desk
Central News Desk.
Share
Facebook
Twitter
Pinterest
WhatsApp
Previous articleQueen Elizabeth issued statement: Prince Harry will no more a Prince after Spring 2020
Next articleDownload and Use Swvl in Pakistan to save up on your daily Commute