Bilateral Political Consultations between Pakistan and Kazakhstan starts in Islamabad

According to an official statement issued by Foreign Office of Pakistan, the Pakistan side was led by Foreign Secretary Sohail Mahmood, while First Deputy Foreign Minister Shakhrat Nuryshev led the Kazakh side.

Bilateral Political Consultations is an important mechanism between the two Foreign Ministries to review the entire spectrum of bilateral relations and explore new avenues for future cooperation.

The Consultations focused on boosting bilateral engagement in diverse areas such as commerce, banking, connectivity, education, people-to-people contacts, and security and defence. Importance of increased high-level contacts and parliamentary exchanges was underlined in this context. 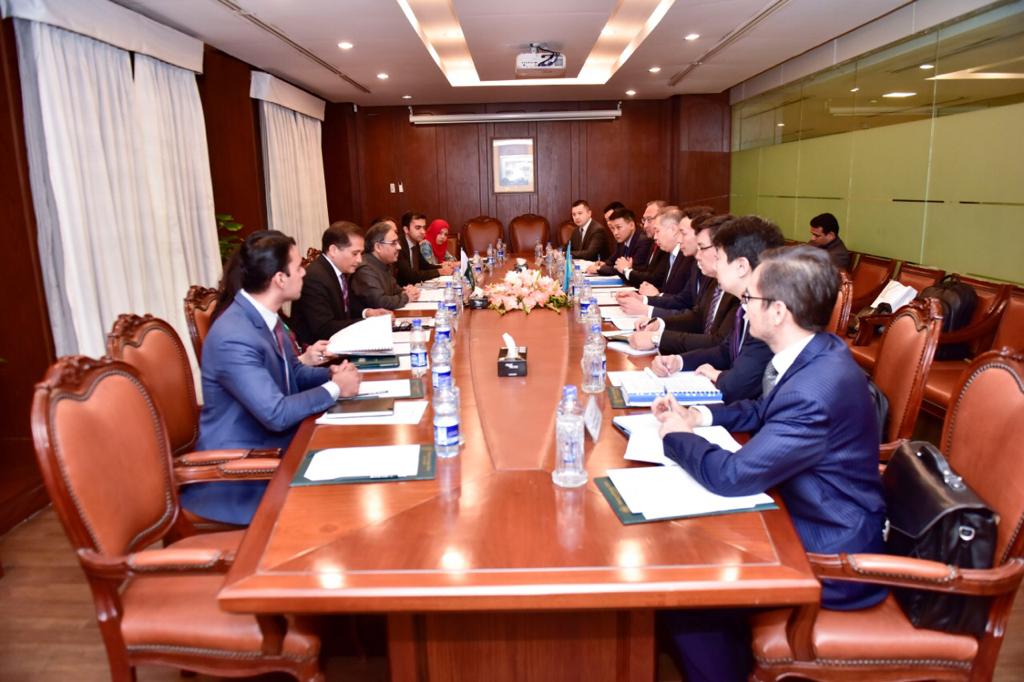 The Foreign Secretary briefed the Kazakh side on the positive developments in the political and economic landscape of Pakistan, including the headway made in creation of an enabling business environment, Pakistan’s elevated credit ratings, stable economic outlook, and increasingly recognized potential in tourism and investments.

The Foreign Secretary apprised the Kazakh side of the dire human rights and humanitarian situation in the Indian Occupied Jammu & Kashmir (IOJ&K) and the negative impact of India’s belligerent rhetoric and aggressive actions. He stressed the need for the international community to play its role in facilitating peaceful solution of the Jammu and Kashmir dispute in accordance with the UN Security Council resolutions.

Views were exchanged on regional and global developments. The Foreign Secretary underscored Pakistan’s steadfast support for peace and stability in Afghanistan as well as for the Afghan peace and reconciliation process.

Both sides reaffirmed their commitment to pursue opportunities and possibilities for an enhanced and more substantive bilateral relationship.

It was decided to hold the next Session of Bilateral Political Consultations in Nur-Sultan, the capital of the Republic of Kazakhstan, in 2021.