Biden speech, Bonn Agreement and the Biggest Lies in History

His statement is contrary to facts and Bonn International Conference and Bonn Agreement was all about providing a new constitution and nation-building of Afghanistan.

UNSC document serial number S/2001/1154 is one of the unchangeable proof of this nation-building decision that came out of the International Bonn Conference and Bonn Agreement.

Signed by the then Secretary-General Kofi A. Annan, the document says Afghanistan today signed in Bonn the “Agreement on Provisional Arrangements in Afghanistan Pending the Re-establishment of Permanent Government Institutions”.

Nation-building narrative gave justification to the United States to stay in Afghanistan for 20 years till August 15, 2021, when Bonn Agreement formed system collapsed in Afghanistan.

All documents available in libraries about the Bonn Conference and Bonn Agreement of December 2001 clearly say that the Bonn Agreement provided a framework for the later constitution that was established in 2004 and the presidential and parliamentary elections that followed. It emphasized the need for strong, centralized government institutions and nation-building.

Documents also indicate the state-building roadmap that was created by the Bonn Agreement. 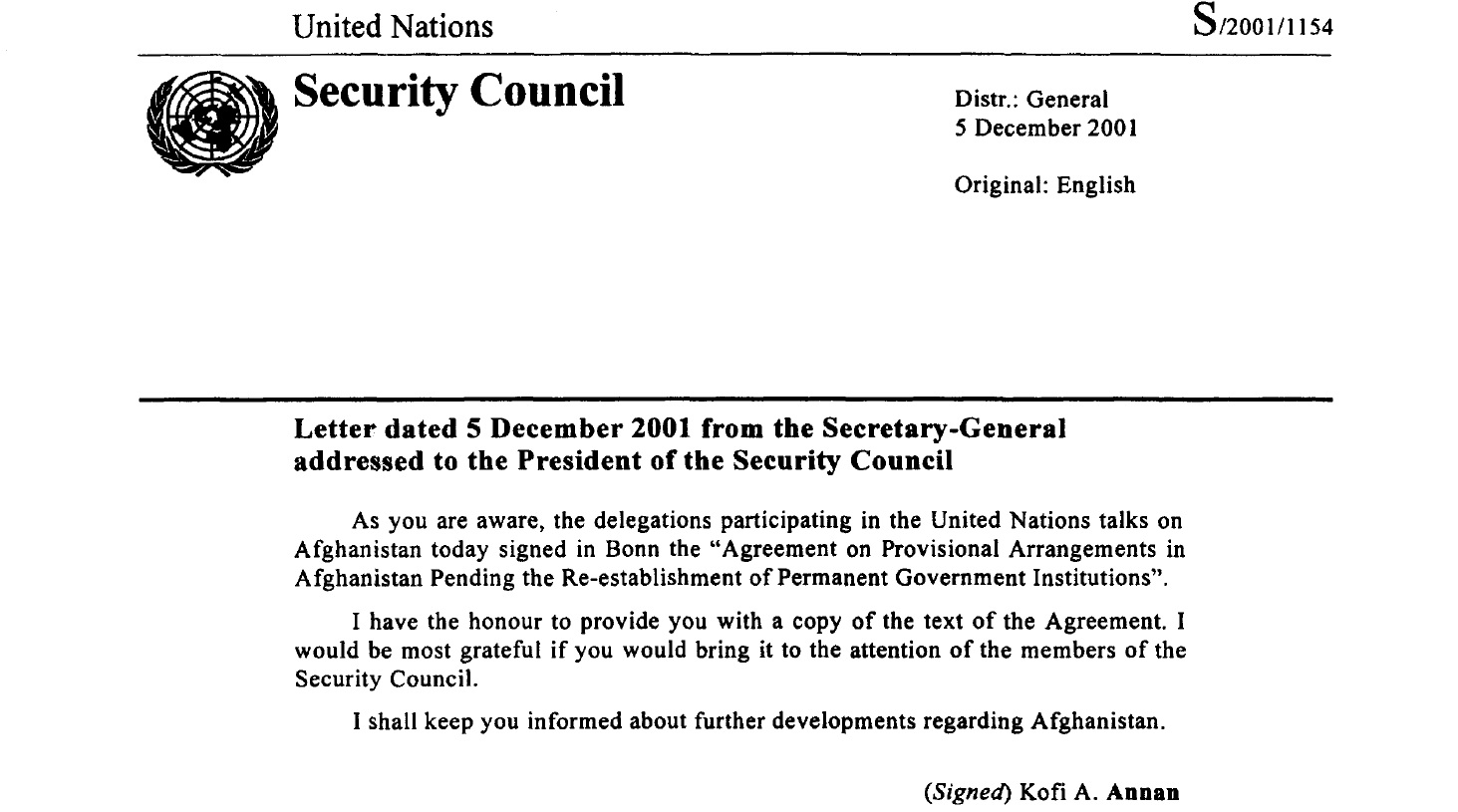 Biden also criticized former President Ghani and said that the political leaders of Afghanistan were unable to come together for the good of the people. Thank God this was not a time when Pakistan was criticized for all ills and for all failures of Ghani and the United States. Holding Pakistan responsible for running Ghani away to Tajikistan can not be bought by anybody now. Ghani has an American passport and he was on a US assignment in Kabul,  soon he will reach his head office to report and will submit a project failure report. A journalist asked a Norwegian politician the Taliban are strong because Pakistan helping them.
His answer was: Do you think Pakistan is bigger than NATO and the USA?

The same question was asked when Portugal politician Bruno Maçães was interviewed:
Are Taliban so powerful because Pakistan is behind their back he said “If you think that Pakistan is more powerful than the USA and her Allies then I have no knowledge and I must accept that Pakistan is the superpower. Also, if you think Pakistan is this huge that NATO countries and the USA can’t stop its influence, then stop calling it Pakistan! call it Superpower Pakistan.

President Biden said he had no regrets in a way US left Afghanistan behind and stated that the choice had to make either to follow through on the agreement to drawdown US forces or escalating the conflict and sending thousands more American troops back into combat and lurching into the third decade of conflict.

His speech was like a list of justifications one gambler can provide to his family after losing his last property in a gamble. Yes, the US had lost gamble because the US was playing gambling from the very first day it landed in Afghanistan. US mindset is linked with its long history of gambling and its fortune is also linked with “Games of Chance”.

I listened to his speech in a coffee bar in Vienna where everybody around me who could understand the English language was either laughing at President Biden or passing remarks I decided to censor. For me, the Fall of Kabul is not only the gambling rather an intelligence failure of understanding the skills of enemies—- the Taliban.