Soon after assuming the throne of Islamabad in mid-2013, the PML-N leadership made multiple promises to Bhara Kahu dwellers but unfortunately they turned out to be nothing but mere political rhetoric.

Among other assurances, infrastructure development especially construction of a bypass at Bhara Kahu was also a major promise – made by the PML-N leadership to lessen people’s grievances related to traffic issues – but it was never fulfilled.

Though provision of better educational and health facilities to the people in Bhara Kahu also remained just a tall claim but sanitation issues and dilapidated roads have been the major concern, almost every resident has to suffer from. Even local government representatives – mostly affiliated with ruling PML-N – also failed to deliver in that regard. 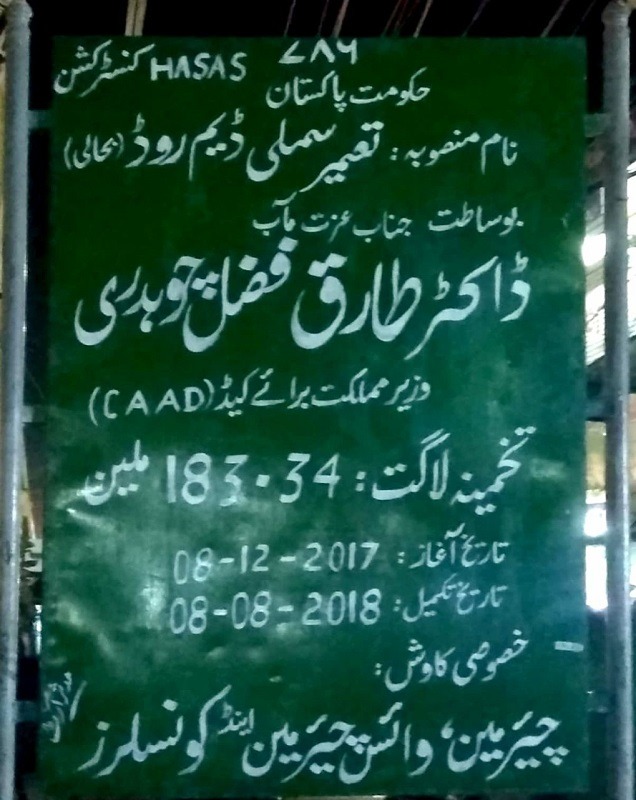 Complying with demands, the State Minister for Capital Administration and Development (CADD) Dr Tariq Fazal Chaudhry – who won his National Assembly seat from NA-49 Constituency under which Bhara Kahu also falls – in December last year inaugurated the restoration and expansion of the Simli Dam Road, which was still under way.

Mati
Mati-Ullah is the Online Editor For DND. He is the real man to handle the team around the Country and get news from them and provide to you instantly.
Share
Facebook
Twitter
Pinterest
WhatsApp
Previous articleWhat happened on Shab-e-Mairaj?
Next articleTourist flow between Pakistan, Tajikistan can be boosted by jointly promoting tourism: Abdul Ghafoor