10 Best Android Emulators for Windows PC and Mac in 2020

Android emulators are seemingly becoming more popular as we can observe that Android’s popularity keeps on growing. From developers testing apps to gamers playing on a large screen, users desire for experiencing Android OS on a Windows PC, complimented with a mouse and keyboard. Some iOS emulators for PC and Mac are also available but Android ones offer better performance. If you are planning to switch from iPhone to Android, or merely you want to test out a custom ROM, the possibilities with an Android emulator are endless.

Android emulators are seemingly becoming more popular as we can observe that Android’s popularity keeps on growing. From developers testing apps to gamers playing on a large screen, users desire for experiencing Android OS on a Windows PC, complimented with a mouse and keyboard. Some iOS emulators for PC and Mac are also available but Android ones offer better performance. If you are planning to switch from iPhone to Android, or merely you want to test out a custom ROM, the possibilities with an Android emulator are endless. 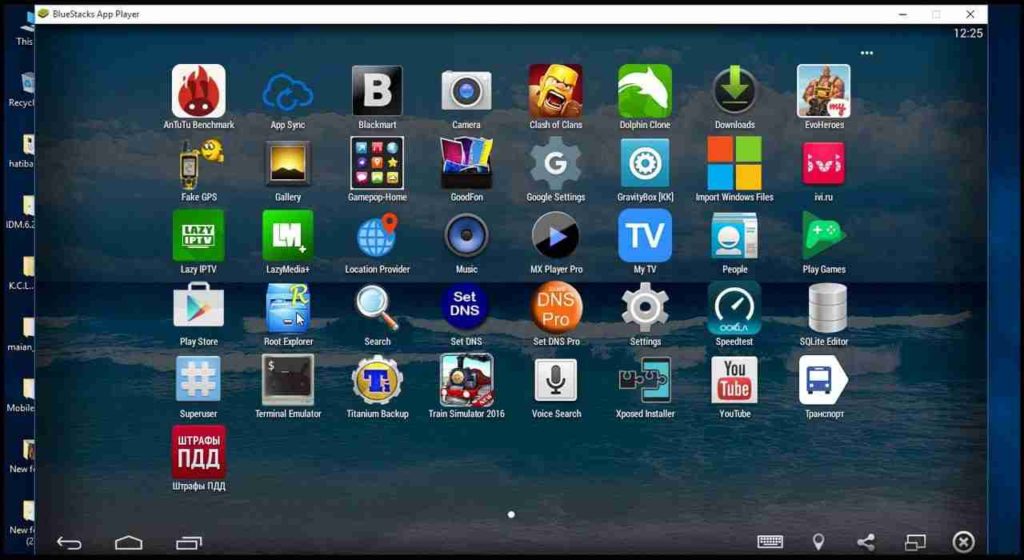 What are the Uses of Android Emulators?

If you are thinking about what are the main uses of emulators, here we have a description for that:

Here is the list of our picks for the best Android emulators available for Windows PC, Mac and Linux platforms. PC support for emulators is more common than Mac and Linux. However, we have covered the best ones you can download right away.

Nox Player especially targets Android gamers. Although the emulator works perfectly fine for other Android apps and enjoying the whole Android experience, it is best suited for playing massive games like PUBG or Justice League. The best part of the Nox Emulator is that it’s free with no sponsored ads at all.

The Nox Player allows you to map keys of keyboard, mouse, and gamepad. You can even assign keyboard keys for gestures, for instance, mapping shortcuts for swiping right. Also, you can specify the CPU and RAM usage in the settings option to get the best gaming results. If rooting Android is your focus, Nox Player makes it easy to root the virtual device under one minute.

The only problem with Nox is that it puts a lot of load on the system. Thus, you can’t use tons of other apps. Another thing is it is based on Android 5 Lollipop which might be a concern for you. For a complete setup and install guide, read: How to Install Nox Player 6. It is compatible with both i.e. PC and Mac.

BlueStacks is probably the most known Android emulator among Android users. The emulator is preferred for gaming and is ridiculously easy to set up. Other than Play Store, you have the option of downloading BlueStacks optimized apps from its app store. Although, BlueStacks supports keyboard mapping but does not go well with gestures.

A major drawback of BlueStacks emulator is that it gets sluggish in productivity apps. Other than that, the sponsored ads make the emulator lose behind other best free Android emulators for Windows. Talking specifically about BlueStacks 4, it brings an excellent gaming performance, thanks to low CPU and memory usage. It is compatible with PC and Mac both.

MEmu is relatively a new app player in comparison to the others. Launched in 2015, the MeMu Play, again, is focused on gaming. Regarding the speed, this Android emulator gives similar results as Nox and BlueStacks.One of the most important features of the MeMu Android emulator is its support for both AMD and Nvidia chips. It also supports different Android versions like Android Jelly Bean, Kit Kat, and Lollipop. While MeMu advocates for high-performance gaming, the graphics performance is relatively poor. I saw textures and smoothness missing in comparison to other app players.MEmu is currently based on Android Lollipop and works top of the class with productivity apps. And if you are looking forward to playing games like Ingress or Pokémon Go, this should be your choice. However, it is only compatible with PC.

Just like other Android gaming emulators out there, Ko Player focuses on delivering lag-free gaming experience with lightweight software. As Ko Player is free of cost yet you might see few ads here and there. The app player is easy to install and navigate through the apps. It also supports keyboard mapping and gamepad emulation. The downside of this Android emulator is that it sometimes freezes out of the blue. Also, the player is a little buggy and makes it difficult for the user to uninstall the Android emulator. It is compatible with PC and Mac both.

Genymotion is not your casual Android emulator; it is only targeted at developers. The Android simulator lets you test apps on a variety of virtual devices with different versions of Android. The emulator is compatible with Android SDK and Android Studio. It even works macOS and Linux. Since Genymotion is inclined towards developers, it is equipped with lots of developer-friendly features. And it might not be the right choice for people looking for Android gaming experience. An amazing thing about this emulator is that it is compatible for PC, Mac as well as Linux.

Droid4x is an Android virtual machine/simulator that runs as a guest operating system on your PC or your Mac. It is a full, working Android operating system with networking (wi-fi), Google Play Store, and functional apps. You can play games, install apps, configure settings, test your apps, navigate the system, and anything else you can do with an Android device. Droid4x works on Windows and Mac OS X. Android version 4.2.2 is the current version running on Droid4x. This emulator is compatible with both PC and Mac.

Well, Remix OS is nothing like other Android emulators out there. It is an entire Android OS that you can boot into. Unlike the other emulators that can easily on top of the Window, Remix OS needs to be installed on a separate partition. Remix OS is a Jide Technology product, a company formed by Google’s former employees. You can put Remix OS on a USB device and boot from there to any computer on the planet. The Android emulator is good for productivity apps but does not support heavy gaming. Although Jide technology has killed its support, you can still download the last Android Marshmallow version. Meanwhile, a similar project known as Phoenix OS is being well-liked among the Remix OS fans. And recently, the project was updated to Android 7 Nougat. However, it is only compatible with PC.

Bliss OS is a little different from the above emulators. Where ‘Android Emulators’ emulate Android on your Windows PC, Bliss OS, on the other hand, is Android itself and needs to be installed as a separate OS. As for its installation, you could use a Virtual Box or you can create a bootable USB drive and install the Bliss OS ROM on the external storage. Now, installing Bliss OS or any other Android x86 based projects is always better if you are looking for the exact Android experience on your PC. Not to mention the fact is Bliss OS is open source and doesn’t encompass ads or any Android emulator clutter. Bliss OS is, however, compatible with the PC only.

Which Android Emulator is the Fastest?

Although all of the above-listed android emulators are best at their performance some of them should be listed as the fastest emulators. These are as follows:

So try these android emulators this year and experience something different and fast as never before!

Mati
Mati-Ullah is the Online Editor For DND. He is the real man to handle the team around the Country and get news from them and provide to you instantly.
Share
Facebook
Twitter
Pinterest
WhatsApp
Previous articleWatch Alif Episode 17 Online, The story of Qalb e Momin unfolds
Next articleHow To Protect Yourself From Coronavirus In Pakistan