RAWALPINDI, Pakistan: The Ambassador of the Kingdom of Belgium His Excellency Charles Joseph M Delogne held a meeting with the Chief of Army Staff (COAS) General Qamar Javed Bajwa at Pakistan army’s general headquarters (GHQ) in Rawalpindi on Thursday. 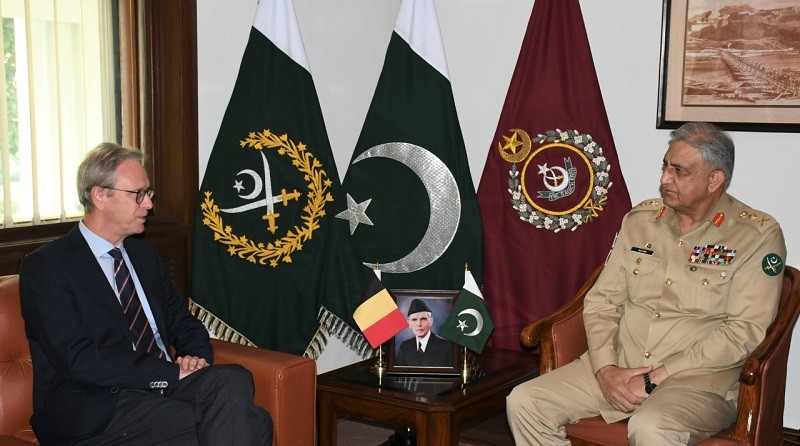 The ISPR said that the visiting dignitary expressed his grief over the devastation caused by floods in Pakistan and offered sincere condolence for the families of the victims.

The dignitary appreciated Pakistan’s efforts for regional stability and also pledged to play his role enhancing cooperation with Pakistan at all levels.

Mati
Mati-Ullah is the Online Editor For DND. He is the real man to handle the team around the Country and get news from them and provide to you instantly.
Share
Facebook
Twitter
Pinterest
WhatsApp
Previous article
President Arif Alvi for concerted efforts to provide relief to flood victims
Next article
Pakistan attaches great importance to its ties with Uzbekistan: Khawaja Asif
Share
Facebook
Twitter
Pinterest
WhatsApp