Recently, POV on Youtube released the trailer of a political documentary on the Sharif family, Behind Closed Doors. This documentary highlights the cases against the Sharif family of Pakistan and other journalists and opposition leaders too. Imran Khan, Fawad Chauhdry, Shahzad Akbar, Journalist Irfan Hashmi and many others are a part of it. The trailer is out on Youtube, and the documentary will be released soon on the internet, which is believed to be available on Netflix. Micheal Oswald has directed Behind Closed Doors, and Murtaza Mehdi has written and produced it. In our opinion, it’s more like an independent production which isn’t part of Netflix. Netflix has not posted anything, and usually, Netflix owns the production and rights of the content produced with their name. In this case, an independent youtube channel POV released the trailer, which was, later on, picked up by many outlets.

Behind Closed Doors on Netflix or No?

All the above-mentioned people have been talking about Sharif Family and their corruption cases. They are called Politically Exposed Persons (PEPs) who manipulated British jurisdictions to launder their money offshore. The trailer is of less than two minutes. It begins with Kenyan journalist John-Allan Namu.

The trailer starts with his words, ” How it has been described is that there has been one rule for the elite especially the elite that is connected to power and another for everybody else, I think I will leave it at that.” 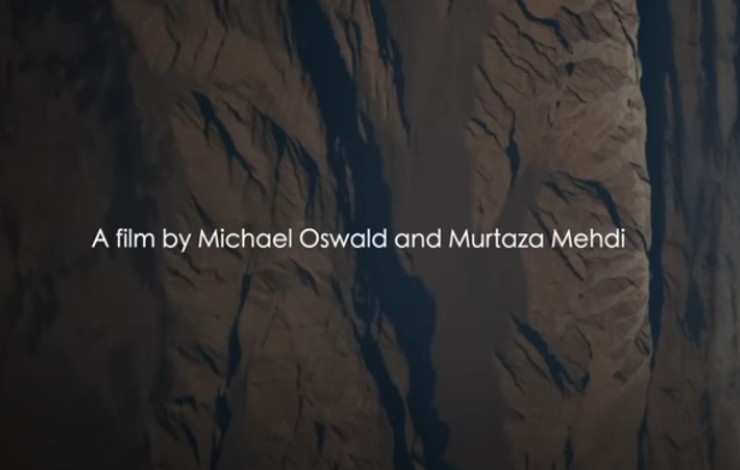 Among the Pakistani figures, the first appearance is of journalist Arshad Sharif who says, ” Accounts were opened in the name of these low-level low-wage employees who do not come into the tax net. Money used to be deposited in those accounts and finally, they used to land in the accounts of either Mr Hamza Shahbaz, Mr Salman Shahbaz or Mr Shehbaz Sharif himself. They said people used to come with gunmen into the banks.”

Then an Azerbaijan journalist, Emin Husynov, narrates the evil of exposing corruption. He said that the first person who revealed a huge corruption was killed at the front door of his house.

Then the scene moves on to different journalists who call out on London for supporting corruption. They called London ‘the second house of Sharif’ and “a money launderer’s paradise.”

What Is The Documentary About? 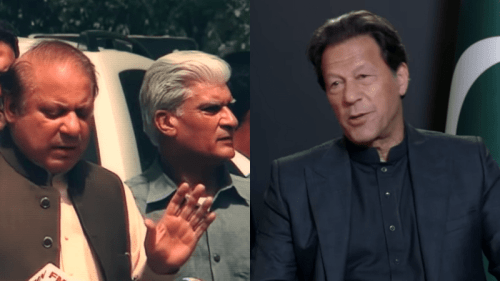 Behind Closed Doors reveals how the PEPs use British jurisdictions and financial systems to hide their illegal money. They also launder and reinvest that money into the global financial system. The official website of Behind Closed Doors explains, “Politically Exposed Persons (PEPs), people who hold a public function and as a result present higher risks of being involved in bribery and corruption.”

The documentary ends with a question for all. ” But what happens when a developing country fights back and attempts to get Britain to return the money that claims have been stolen?”

Speeches from Several PTI officials are also a part of this documentary. Especially the snippets from Imran Khan’s speeches will dominate this documentary on the Sharif family’s corruption.

As per different claims, the documentary will be released on Netflix or Amazon Prime. However, the official makers have not revealed anything like this. The trailer is out on YouTube, and the claims’ credibility is yet to be verified.

Many PTI politicians and journalists tweet about the trailer and post it for more awareness. Sayed Zulfikar Abbas Bukhari, Taimur Khan Jhagra, Muhammad Basharat Raja, and Fawad Chauhdry have shared the trailer with the followers.

A proud moment for the House of Sharifs!
“Behind Closed Doors”https://t.co/Uy4EdsSf5i pic.twitter.com/nHLRuJt76t

Behind Closed Doors.
A film about corruption. Coming soon to Netflix / Amazon Prime. The truth is out there. In Pakistan, sadly it just seems to lead back the same people to corridors of power, again and again. pic.twitter.com/HdVvGNuBS1

So far, this seems to be just a documentary by a random youtube channel or organization like news agencies, press houses, etc. Another interesting point is that there is no counter or the other side of the story being incorporated in this trailer. Seems more like a one-sided information propagation.

Disclaimer
The opinions expressed in this publication are those of the authors. They do not purport to reflect the opinions or views of the DND or its members.