As the Indo-Pacific region represents the world’s economic and strategic center of gravity, the Indo-Pacific today is becoming the centerpiece of all geo-strategic play. So, Cooperation in the region is crucial to implementing the international community’s global agenda, including achieving the UN’s Sustainable Development Goals.

Major powers like the US have enhanced and deepened their strategic engagement and leadership roles with countries in the region. The Indo-Pacific Armies Management Seminar, or IPAMS, is a U.S. Army Pacific-initiated conference that is aimed at facilitating and enhancing interactions among the armies of the Indo-Pacific region. This year’s 46th Seminar, co-hosted by the Bangladesh Army and US Army Pacific (USARPAC), concluded in Dhaka (September 12-15, 2022).

The objective of IPAMS is to promote peace and stability in the region through mutual understanding, dialogue, and friendship. It is the largest conference for land forces in the region and one of the preeminent army engagements that provide a platform for the senior military leadership of Indo-Pacific regional ground forces to exchange views and opinions on peace and stability.

This year’s conference brought together senior officers of the military forces of 24 countries. Under the theme of “Possibilities and Challenges for Maintaining Peace and Security in the Indo-Pacific Region,” the main focus of the event was “robust peacekeeping,” “women empowerment,” and “land power in regional cooperation.” Apart from these, peacekeeping operations, humanitarian assistance, disaster relief, leadership development, countering transnational crime, and empowering women were being discussed.

Bangladesh has historically been part of ancient Indo-Pacific connectivity. It is indeed in Bangladesh’s interest to advocate and work for an open, resilient, and interconnected Indo-Pacific. In a broader sense, its own continuing sustainability as an independent, sovereign, prosperous nation-state depends on this idea. With close to 40 nations comprising its make-up, the Indo-Pacific region covers more than half of the earth’s surface, home to 60% of the world’s population producing 60% of global GDP, contributing two-thirds of current global growth. By 2030, the overwhelming majority (90%) of the 2.4 billion new members of the middle class entering the global economy will live in the Indo-Pacific. 7 of the world’s 10 largest armies are in the region where border disputes and sovereignty concerns are headline events. Therefore, maintaining peace and security across the region is central to global progress.

The conference brings army senior leaders together to discuss differences, establish trust, mitigate miscalculations, resolve challenges, and find commonality among multinational-professional soldiers. There are issues that cannot be solved in isolation by just one or two countries. This platform allows military leaders in the region to get together, share their ideas, and find a collective solution to pressing and immediate problems.

The relationships developed throughout the seminar and through Army-to-Army engagements would help to identify issues of common interest for arriving at pragmatic multi-lateral solutions, and dealing with the escalating threats.

It is imperative to build trust at the strategic level. So, the armies need to work together with the public sector in policy-making and lay out a development foundation that links economic and social development with the protection of the environment and natural resources.  The IPAMS promotes network building among military chiefs at all levels to join forces in coping with the world’s various changes and challenges for sustainable advancement of the region. The forums provide a unique opportunity to advance understanding of key issues while showing respect for each other’s role in promoting security and stability. It would build interpersonal relations, mutual trust, and confidence among the ground forces in the region, which would reduce tensions. “The IPAMS can create a sense of friendship and warmth so that peace and stability prevail in the region,” PM Sheikh Hasina said while addressing the opening ceremony of the seminar.

The meetings are yet another symbol of the close cooperation between Bangladesh and the United States. It also paved the way for stronger cooperation between the armies of the two countries. Charles A. Flynn, commanding general of the U.S. Army Pacific, assured that the United States will cooperate with Bangladesh and other Indo-pacific countries to ensure the security of this important region. Again, the Bangladesh Army Chief expressed hope that working together will give the Bangladesh army a lot of scopes to learn as the US Army is one of the best in the world and very developed. 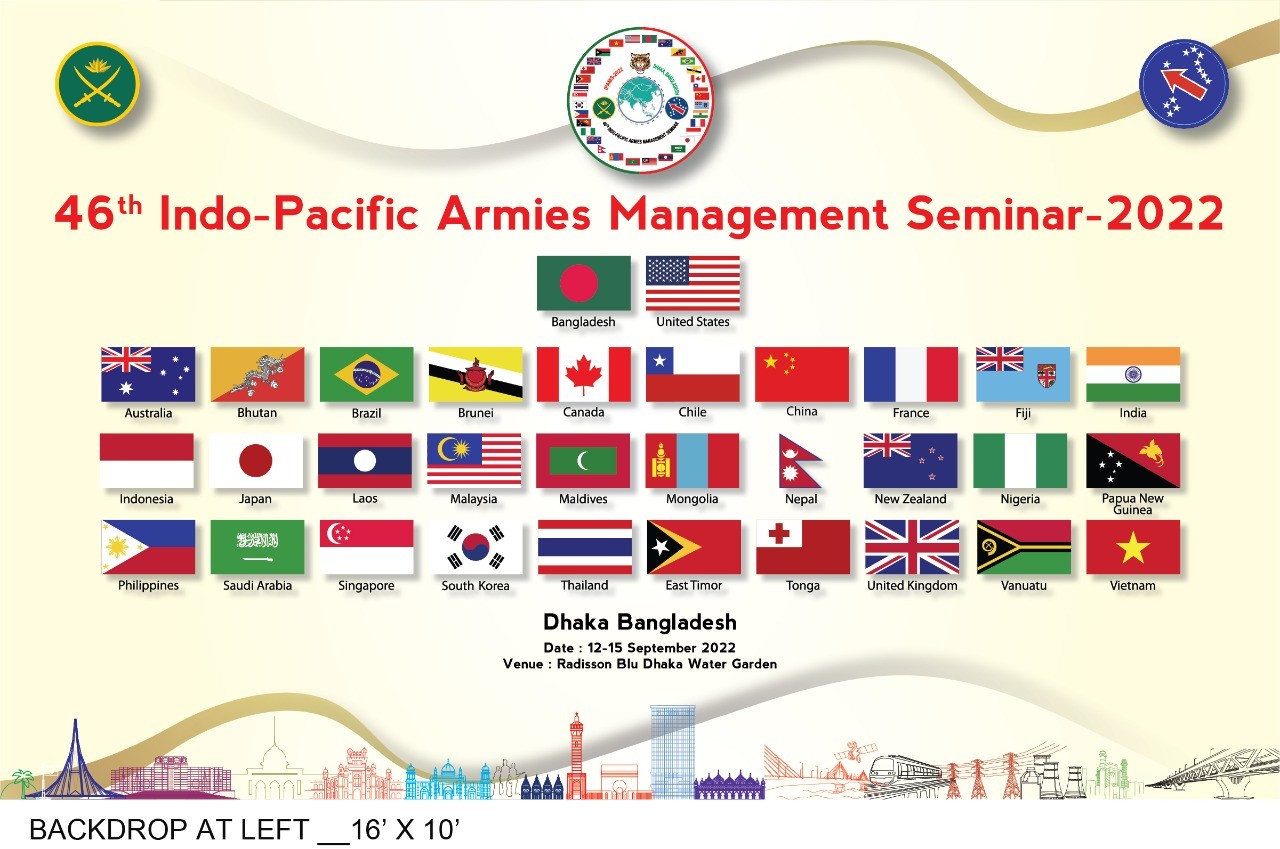 While the militaries of the participating countries discussed disaster management, transnational crime, security issues, and women’s empowerment, the issue of Rohingya refugees who have fled from violence in Myanmar is not overlooked. Since the Rohingya crisis erupted in the Indo-Pacific region’s heartland, the crisis has all the potential to directly threaten the peace and stability in the region because of the prolonged stay of more than 1 million Rohingya refugees in crowded camps, the economy, environment, security, and socio-political stability in the region will be seriously affected. A delegation of top military officials from 24 countries, including the U.S., Canada, Australia, Japan, Indonesia, India, China, and Vietnam, visited the refugee camps in Cox’s Bazar, where Rohingyas expressed their desire to go back to their home country of Myanmar’s Rakhine State and not to any third country. The members of the group witnessed the plight of the Rohingyas firsthand and developed a “clear perception” of the gravity of the refugee crisis and the need for their repatriation to Myanmar.

The Armed Forces of Bangladesh have glorified the country on the global stage through their brilliant participation in UN peacekeeping missions. As the UN peacekeeping operations have been evolving continuously, Bangladesh has regularly been carrying out the performance appraisal of its peacekeepers and taking measures to cope with future challenges. Despite being a late entrant (in 1988) as a troop contributor, Bangladesh has emerged as a credible UN partner over the last three decades. Since 1988, Bangladesh has participated in 54 peacekeeping missions in 40 different countries across 5 continents with more than 175,000 uniformed personnel, including over 1,800 female peacekeepers. Currently, there are over 7,000 troops and police deployed in 10 missions (as per data from the Armed Forces Division).

Praising the Bangladesh Army, US Army General Charles A. Flynn said: “The Bangladesh Army is known for its leadership globally because of its contributions to UN peacekeeping operations. Its peacekeeping campus and training center are not just known within the region, they are known internationally. There are many, many things that the US Army and so many other armies can learn from the experiences of the Bangladeshi Army in their international and global commitment to humanitarian assistance, disaster relief, and peacekeeping operations. ” This acknowledgment has once again proved that our armed forces are a vital factor in upholding global peace and are able to keep our country safe from the subversive activities of internal and external enemies.

Last but not least, this conference is a critical opportunity to connect with the world’s military leaders to foster alliance partnerships and cooperative relationships. It is expected that dialogues like these will further strengthen ties between the Indo-Pacific countries and the Bangladesh Army and increase possibilities for mutual cooperation to cope with recent challenges in order for the region to move forward in a secure and sustainable manner. 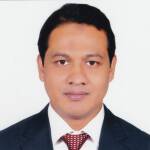 Note: Kamal Uddin Mazumder is a Researcher and Security Affairs Analyst based in Dhaka, Bangladesh. He can be contacted at kamalmazumderju@gmail.com