Bangladesh on Thursday began a nationwide harder lockdown, with the deployment of an army and members of border guard along with regular police, to stem the spread of the global pandemic. Moreover, over a hundred executive magistrates are set to operate mobile courts to check breaching of pandemic directions with authority to serve a maximum of 6 months of jail for guilty.

In the last couple of days, different concerned wings of government including police warned countrymen of dire consequences in case of violating lockdown directions. But,  is colloquial warning enough for a successful lockdown in a country where millions of people depend on their daily income for survival? 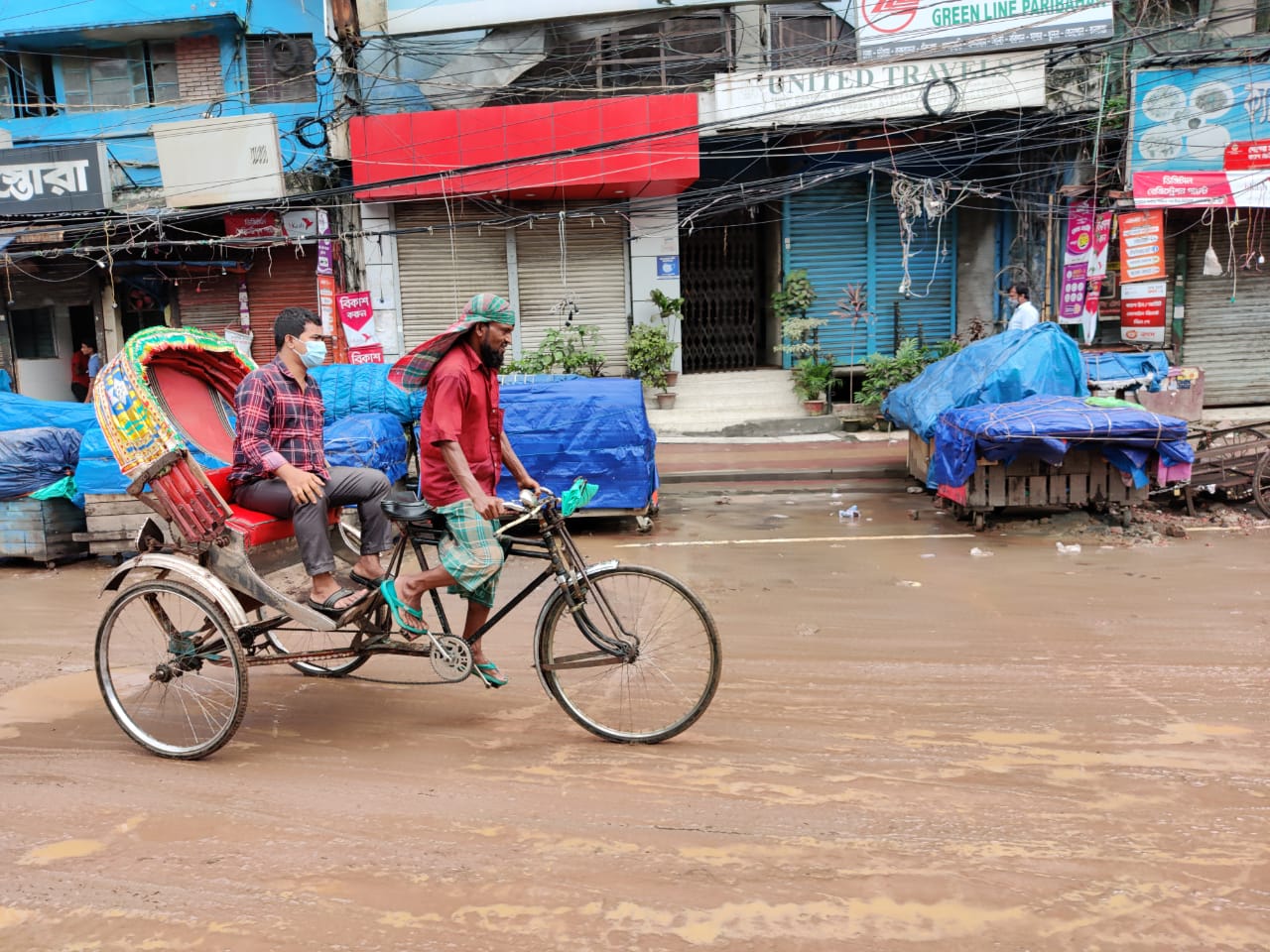 The scenario of the first day lockdown was that most of the urban areas including the capital Dhaka were almost empty except for the movement of law enforcers, journalists, health officials, and other necessary service providers. According to available media reports and social media campaigns, almost all busy streets of capital Dhaka, a megacity of around 20 million people, assumed a deserted look due to the lockdown. 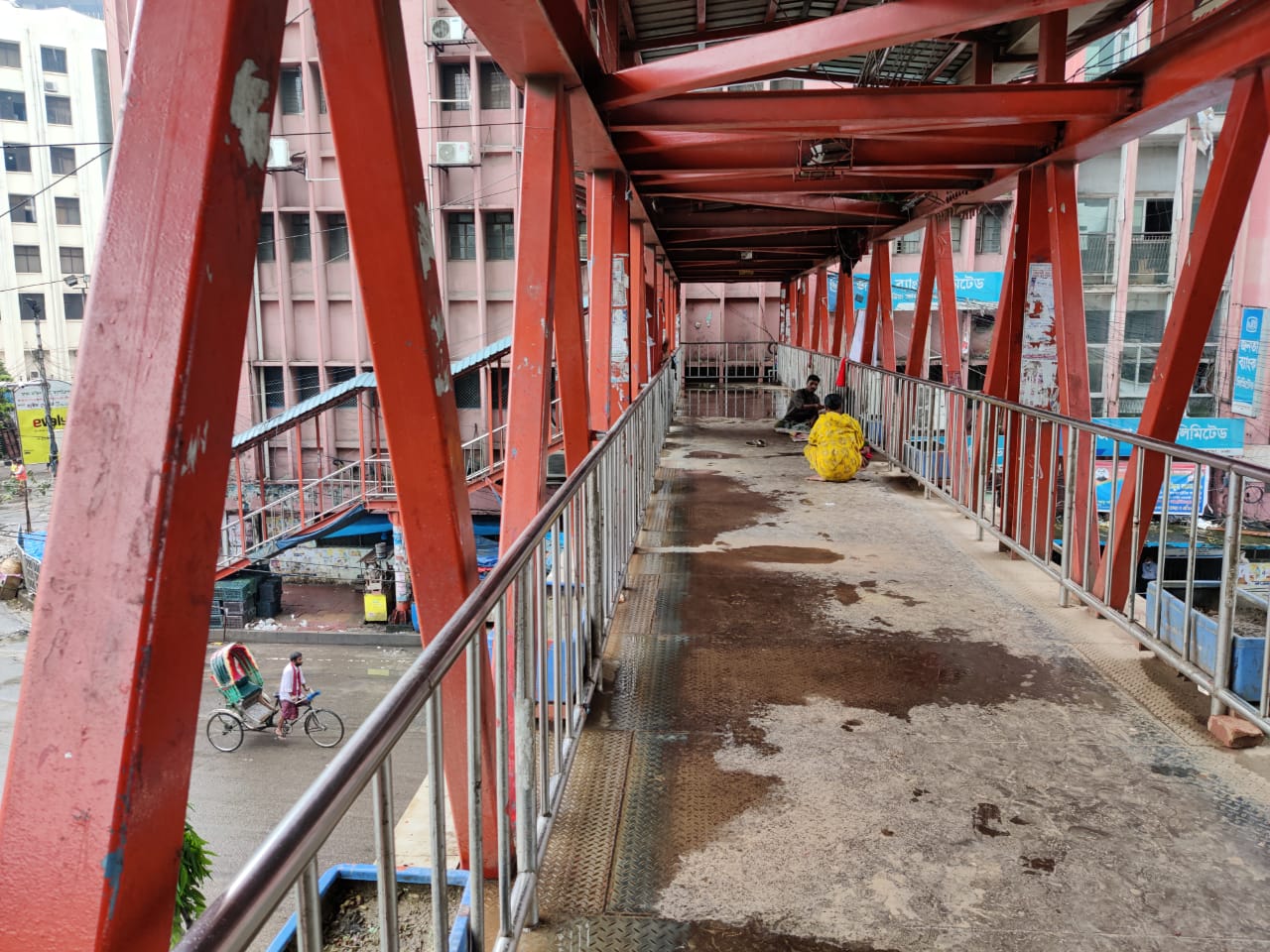 Earlier, a government gazette notification on Wednesday declared that all government, non-government and autonomous organizations will remain closed. Public transport services and domestic flights will remain suspended. Only goods-laden trucks, covered vans, and cargo vessels have been kept outside the purview of the restrictions, and the offices of the air, sea, river, and land ports will remain open. 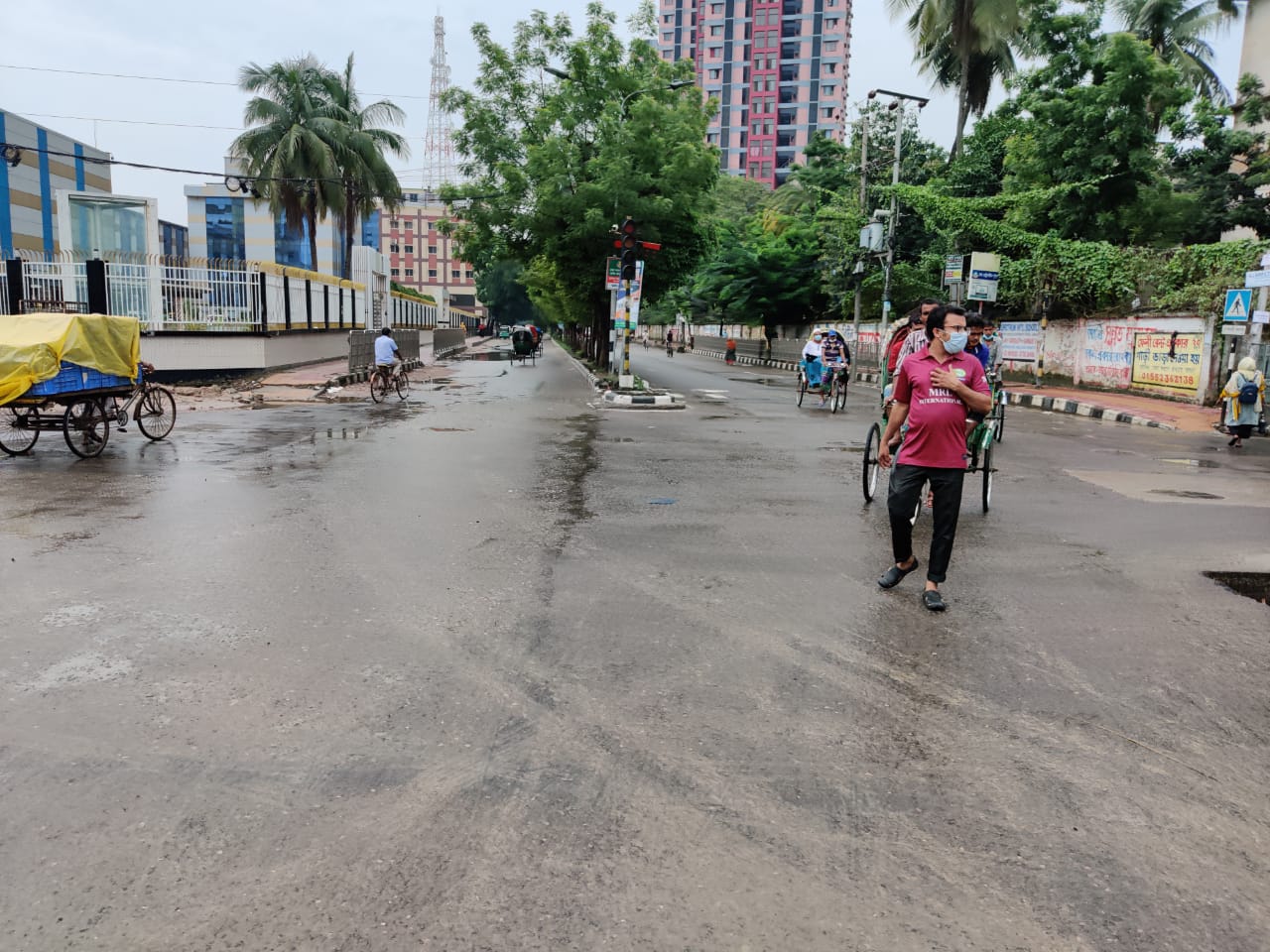 Health services, corona vaccination, power, water, gas/energy services, mass media, private security services, postal services, and offices of emergency products have also been kept outside the purview of the restrictions and concerned staff members will be allowed to move after showing identity cards. Industries and factories are allowed to run under their own management. International air passengers can use transport by showing their tickets. The Ministry of Religious Affairs has issued instructions on prayers at mosques.

However, the fact is that a good number of rickshaw pullers, day laborers and petty roadside shopkeepers, and floating vendors secretly came out of home and ran their regular jobs citing the necessity for survival in all megacities including Dhaka.

Despite a rigid stance of the government, the country’s readymade garment (RMG) industry has been kept out of the purview of the move as it is the main exporting sector. RMG has been covering more than 80 percent of the country’s total exports for many years. So the government along with industry owners have agreed to keep this sector on function.

When the whole country goes under harder lockdown, millions of destitute garment workers have been asked to work. But so far available reports, there is no risk allowance for these workers. Even, most of the destitute workers are confused whether they would get proper treatment if infected or compensation for families in case of life casualties.

Like other days, they are doing their duties with risks though companies are supposed to arrange transports for them. Here transport means buses at which the RMG workers ride in a rush to go to the factories. From a humanitarian point of view, how much justice is ensured for the workers of the country’s main foreign currency earner?

Despite this reality, the poor garment workers consider themselves as luckier than many others as at least they are not jobless.

In a media statement issued on June 29, a local body of hotel-restaurant workers, Bangladesh Hotel Restaurant Sweetmeat Laborers’ Federation, said that after the outbreak of the pandemic in March last year, 40-45 percent of them have lost jobs due to repeated lockdown. The organization claimed there are more than 3 million workers in this sector through the government’s data records 2.28 million.

The laborers’ rights body also demanded Bangladeshi taka 10,000 [$120] as incentives for each worker during this nationwide lockdown. The statement also urged for immediate payment of all dues to the laid-off laborers.

In a separate statement, the drivers of compressed natural gas-based auto-rickshaw on the same day urged the government to allow the vehicle plying on the roads during the lockdown. Due to the embargo on this vehicle since June 28 this year, nearly 100,000 drivers have become workless only in the Dhaka metropolitan city, the statement claimed.

For example, I have mentioned the condition of the people in the above two sections. So it is very clear that without financial support or incentives the lockdown must turn into futility. The scenario of the first-day lockdown does not carry the reflection of the other days. It’s my belief that the number of outgoing people will increase day by day. Besides, there is huge speculation that the lockdown will be extended to Eid-al Adha.

Obviously, the government will try to defend its harder lockdown move citing the surging situation and the pandemic. On the first day of the lockdown, the country recorded its highest ever single-day death casualties with 143 people dead and 8,301 infected in 24 hours. Besides, for the last couple of days, the daily casualty toll crossed the hundred mark. The total death toll in the global virus so far stands at 14,646 while caseloads to 921,559.

There is no doubt that in such a situation a country like Bangladesh needs a strong lockdown to stem further spread of the virus. But the fact is that social distance and other health guidelines have already been breached a lot. Even, the last day before the lockdown on Wednesday, there were huge gatherings everywhere in the capital Dhaka and heavy traffic jams throughout the city with reports of gross violation of social distance.

Moreover, after the embargo on buses, trains, and water vessels more than one week ago, tens of thousands of people left Dhaka and other megacities being packed in private microbuses or other vehicles arranged privately, violating minimum social distance and health guidelines. The latest health data also show that the virus contamination and casualties have been reported more out of Dhaka though the figures were higher in Dhaka from the very beginning till last month.

So, the government must pay heed to people’s basic needs during this lockdown. If one is hungry with his kids and other family members, it is more painful to him than any untoward Covid risk.

According to a recent survey conducted by two internationally reputed research institutes — Power and Participation Research Centre and BRAC Institute of Governance and Development — 24.5 million non-poor people in Bangladesh have slipped into poverty due to Covid-19.

During this global pandemic, Bangladesh has been able to upgrade it out of the list of Least Developed Countries (LDC). It’s very good news for the countrymen undoubtedly. But the ground reality is still very vulnerable to the global pandemic. Now, the urgent duty of the government should be how it can fulfill the fundamental needs of the people along with lockdown. Otherwise, the situation may go out of control in the near future. Government must remember the proverb “Pain is forgotten where gain follows.”

Note: The writer is an Asia-based prize-winning freelance journalist who mainly writes on diplomacy, refugee, human rights, and climate change. His articles have been frequently published by DND News Agency, Turkish Anadolu Agency, TRT World, South Asian Monitor, and other media outlets as contents of agencies. He can be reached at mkzbablu@gmail.com / https://twitter.com/mkbablu