TURBAT, Pakistan: The Opening Ceremony of three-day Makran Festival 2018 was held at Kech Stadium in Turbat on Friday, organised in connection with Baloch Cultural Day in order to promote rich Baloch heritage.

While speaking on the occasion, the Commander Southern Command said that overwhelming turn out of people at the stadium is testimony of zeal and enthusiasm of the people of Balochistan towards Pakistan.

Lt General Asim Bajwa said that development projects under Khushal Balochistan Program for Makran division are carefully designed to cater for the needs of the people which will be inaugurated shortly. He also wished all Baloch on the occasion of Baloch Cultural Day.

Earlier march in by players of various sports being played during the three days gala was the highlight of the Opening Ceremony. Different games of festivities including display of Live Stock was also appreciated by the audience. 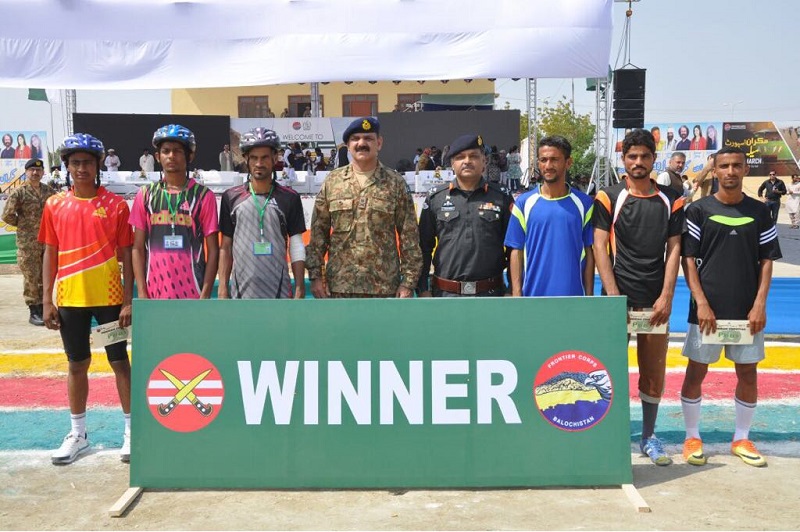 During the course of ceremony, 118 laptops were also distributed amongst the deserving students of the region.

Mati
Mati-Ullah is the Online Editor For DND. He is the real man to handle the team around the Country and get news from them and provide to you instantly.
Share
Facebook
Twitter
Pinterest
WhatsApp
Previous articlePakistan, Russia for further strengthening bilateral cooperation
Next articleBilawal Bhutto vows to defend minorities’ rights, strive against misuse of blasphemy laws