“They gathered to pay tribute to victims of Khojaly tragedy and draw the world community`s attention to this crime against humanity, which was committed by the Armenian fascists,” reports AZERTAC.

Led by President Ilham Aliyev and first lady Mehriban Aliyeva, the marchers started moving in the direction of the Khojaly memorial in Khatai district. 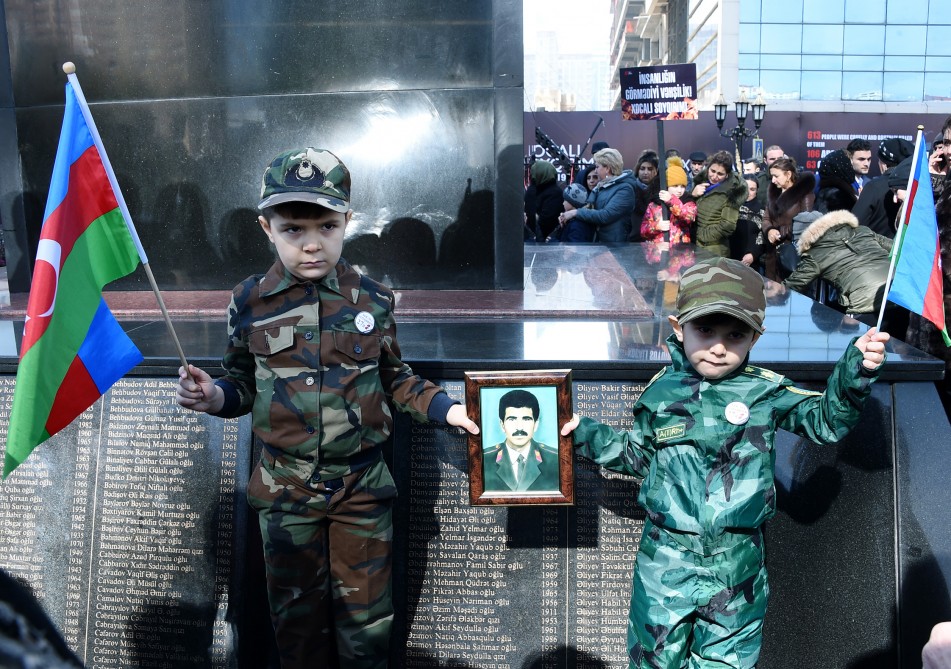 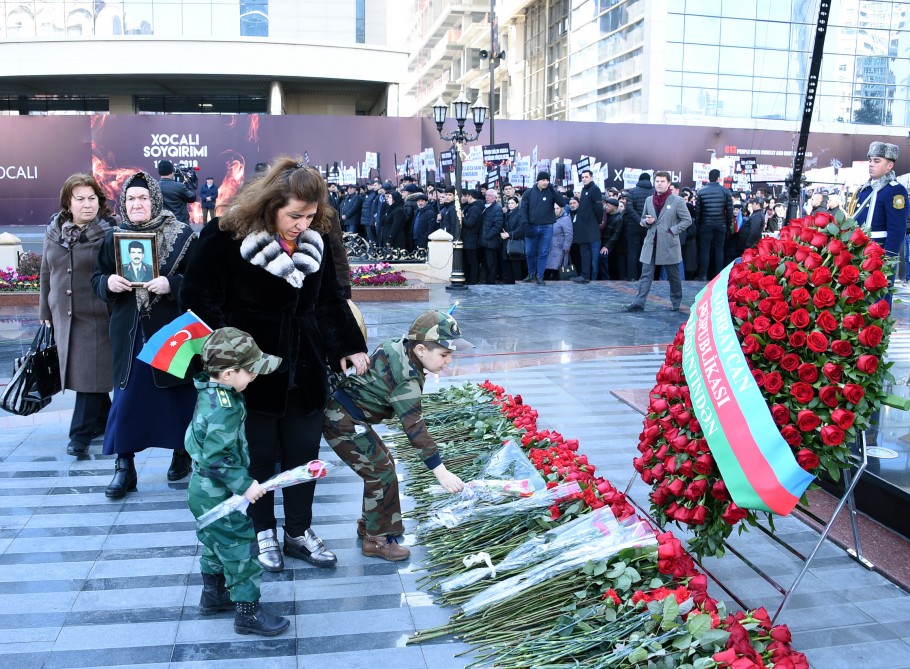 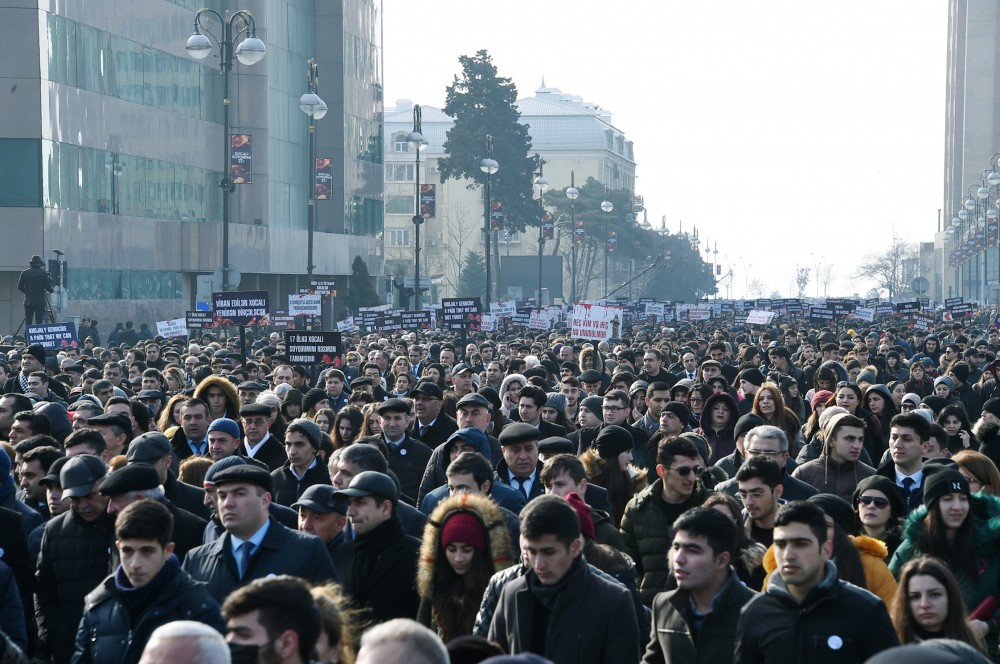 
Thousands of young people gathered along the avenues and streets that the marchers are moving. They hold portraits of innocent victims of the bloody event – slaughtered children, women and elders – photos depicting abominable scenes of slaughter, placards demanding to bring to account and punish perpetrators of the tragedy and to recognize this genocide at an international level, as well as placards with names and surnames of victims. “The world must recognize Khojaly genocide”, “Justice for Khojaly”, “Do not forget Khojaly”, “No to Armenian fascism”, “Khojaly genocide -27” and other slogans are displayed on large monitors along the streets, and on placards on building walls and balconies.

Meanwhile, a ceremonial guard of honor was lined up around the memorial.

President of the Republic of Azerbaijan Ilham Aliyev put a wreath at the memorial and paid tribute to Khojaly victims.

State and government officials, members of the Milli Majlis, ministers, heads of committees and companies, representatives of the diplomatic corps, heads of religious confessions, as well as Khojaly genocide survivors also placed flowers at the memorial.

On the other hand, thousands of people also visited Mother’s Cry Memorial in Khatai District of Baku to commemorate the 27th anniversary of the Khojaly massacre, one of the gravest pages of the modern history of Azerbaijan.

In their interviews to AZERTAC, the rally participants condemn the massacre culprits, expressing confidence that sooner or later the organizers of this tragedy would be brought to responsibility.

Aiming to bring this brutal genocide act committed by the Armenian fascists to the international community, the crowded rally participants once again commemorate the victims of the tragedy that was assessed as a crime against humanity. This once again demonstrates that the people of Azerbaijan would never forget the tragedy victims.

It is pertinent to mention that 27 years ago, on February 26, 1992, the Armenian military units carried out an act of genocide against the 7,000 population of Azerbaijan’s Khojaly town.

During the Khojaly genocide, 613 people were killed, 1,000 civilians of various ages became disabled as a result of the bullet wounds received. As many as 106 women, 63 young children, 70 elderly were killed, eight families were completely destroyed, 25 children lost both parents, 130 – one of the parents. On the night of the tragedy, 1,275 civilians were captured, and the fate of 150 of them is still unknown.