During the meeting, matters of mutual interests, the current security situation in Afghanistan, and Pakistan-Bahrain bilateral cooperation in various fields were discussed, said a press release issued by the Inter-Services Public Relations (ISPR). 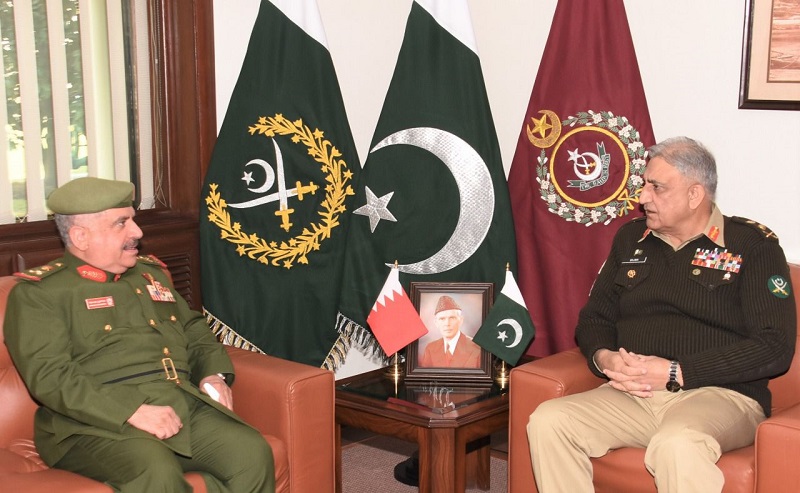 Talking to the Bahrain National Guard Chief, the COAS said that Pakistan desires to maintain the tradition of bilateral engagement and wishes for long term & multi-domain enduring relationship with Bahrain.

The COAS emphasized that for regional peace and stability there is a need for global convergence on Afghanistan with coordinated efforts for economic uplift of the Afghan people.

The visiting dignitary acknowledged the professionalism of Pakistan armed forces and vowed to enhance cooperation in various fields.