AZERTAC to expand its cooperation with Georgian media

BAKU, Azerbaijan: The Azerbaijan State News Agency AZERTAC will expand its cooperation with the Georgian media, hoping that it would help the two Countries come closer.

“The expansion of cooperation between the Azerbaijani and Georgian media will contribute to the strengthening of relations between the two brotherly peoples,” the Chairman of the Board of AZERTAC Aslan Aslanov was quoted as saying by AZERTAC when he met the Georgian Ambassador to Azerbaijan Zurab Pataradze. 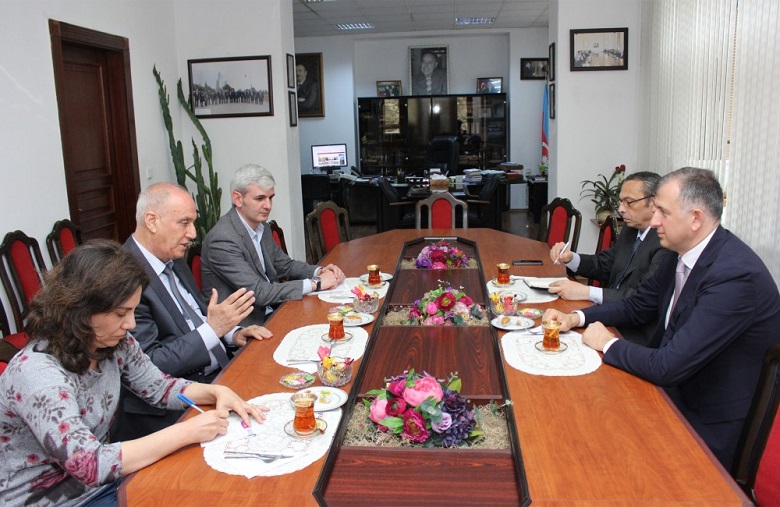 The Chairman of the Board of AZERTAC highlighted the history and the activity of the agency that he leads.

Aslan Aslanov hailed the role of national leader Heydar Aliyev in strengthening of material-technical base of the State News Agency, and improving the development of human resources potential.

Pointing to AZERTAC’s international relations, Aslan Aslanov emphasized that the agency enjoys a successful cooperation with 150 world agencies, and is a member of EANA, OANA and other global information alliances.

Ambassador Zurab Pataradze expressed his hope that the relations between the two Countries’ media representatives will continue strengthening.

The ambassador hailed the developing economic relations between Azerbaijan and Georgia.

Mati
Mati-Ullah is the Online Editor For DND. He is the real man to handle the team around the Country and get news from them and provide to you instantly.
Share
Facebook
Twitter
Pinterest
WhatsApp
Previous articleArmy Chief inaugurates new blocks at CMH Rawalpindi
Next articlePTI to Celebrate its Youm-e-Tasees on May 1