ISLAMABAD, Pakistan: The Embassy of the Republic of Azerbaijan to Pakistan held an Award Ceremony for the winners of the Art Competition on “Azerbaijan-Pakistan Friendship is eternal and invincible” dedicated to the National Day of Azerbaijan.

The Army Competition was held in May-June 2020 through the Embassy’s social network profiles.

The Director-General of Pakistan National Council of Arts (PNCA) Dr. Fouzia Saeed, public and media representatives of Pakistan, participants of the Art Competition, and the Embassy staff attended the event.

At first, an exhibition of paintings of the Art Competition participants was viewed and a video was watched about Azerbaijan.

Speaking at the event, Azerbaijan’s Ambassador to Pakistan Ali Alizada shared his views on Azerbaijan-Pakistan friendship and stated that the purpose of the competition is to promote the affection, religious, cultural, and heritage similarities of the two brotherly Countries among Pakistani youth, strengthen people to people contacts and cooperation with youth as well as encourage their competences. 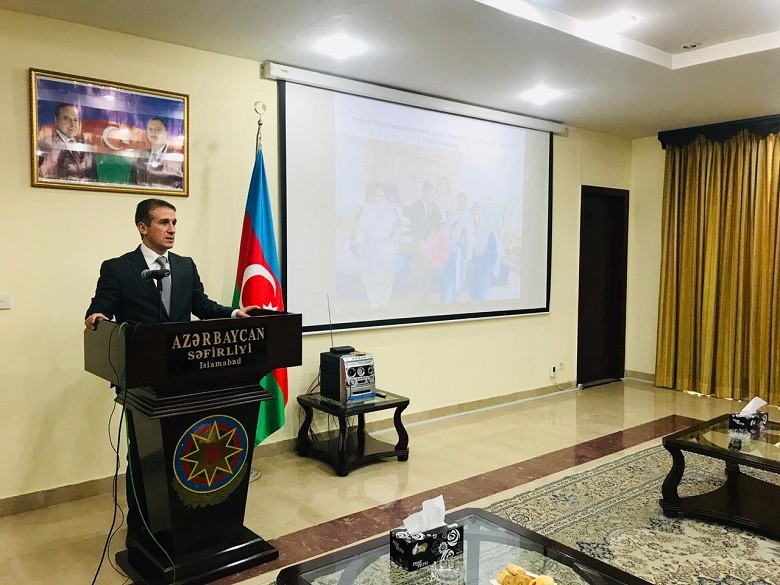 Expressing satisfaction with the high-level relations between Azerbaijan and Pakistan, Ambassador Ali Alizada also told that Armenian aggression and provocations against Azerbaijan, its attacks on innocent people have always been condemned by the Pakistani people, society, and youth.

The ambassador stressed that Pakistan has always stood by Azerbaijan in difficult times and thanked the government and the people of Pakistan for their continued support and solidarity.

Ali Alizada noted that holding of the ceremony on the eve of the Anniversary of the restoration of Independence Day of Azerbaijan – October 18 – under the motto “Azerbaijan-Pakistan Friendship is eternal and invincible” is a stimulus for strong unity of youth of both countries and congratulated the winners and participants and wished them success.

Expressing her good impressions on the event, Dr. Fouzia Saeed said that the coronavirus pandemic has led to new ideas and projects in people.

Speaking about the similarities between the two countries, the director-general PNCA thanked the Embassy of Azerbaijan for its contribution to further strengthening the Azerbaijan-Pakistan friendship through such projects. 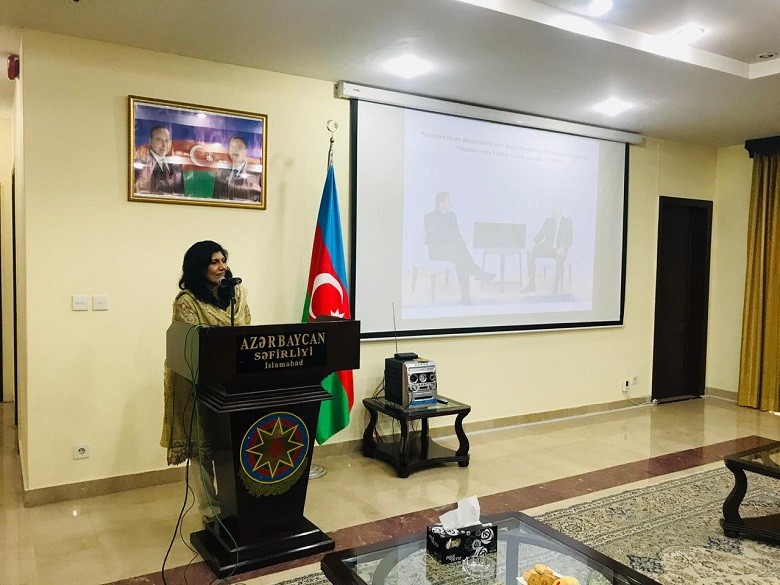 Dr. Fouzia Saeed also stressed the necessity to further deepening relations between the two countries, which have always supported each other.

Speaking at the event, other guests also shared their impressions about the competition, mentioning about the real eternality and invincibility of friendship between our countries and peoples, they emphasized that Pakistani people will always stand by Azerbaijan and strongly condemn the Armenian aggression and attacks against Azerbaijan.

At the end of the event, participants and winners of the competition were presented cash prizes, certificates, and gifts.

The event was highlighted by the Pakistani media and televisions.

Mati
Mati-Ullah is the Online Editor For DND. He is the real man to handle the team around the Country and get news from them and provide to you instantly.
Share
Facebook
Twitter
Pinterest
WhatsApp
Previous articleNagorno-Karabakh Conflict: The role of Turkey and Pakistan
Next article‘Unmistakable signs of rise of Coronavirus in Pakistan’, says Asad Umar