ISLAMABAD, Pakistan: The Ambassador of the Republic of Azerbaijan Ali Alizada has said that the Azerbaijani nation always remembers that Pakistan was one of the first Countries to recognize Azerbaijan as an independent State, and that it never established its relations with the aggressor Armenia, the Dispatch News Desk (DND) news agency reported.

His remarks came when he addressed an event titled “Remembrance Day Ceremony of 20 January Martyrs of Azerbaijan” held at Preston University in Islamabad on Monday to mark Black January.

Also Read: 30th Anniversary of Black January is being observed by Azerbaijan

In his address at the event, Ambassador Ali Alizada said that January 20 was the beginning of independence of Azerbaijan.

The ambassador said that on January 19-20, 1990, 147 civilians were killed and 744 were seriously injured when 26,000 soviet troops assaulted various Azerbaijan’s Cities including Baku.

Ali Alizada stressed upon an impartial assessment of events that led to the January 20 tragedy. He noted that the basis of all these calamities was the baseless territorial claims of the Armenians, who were massively resettled in the region, especially in the historical lands of Azerbaijan since the early 19th Century,

The Azerbaijan’s ambassador said that we value that Pakistan does not establish its foreign relations with Armenia in love and respect of Azerbaijan.

The Chancellor of Preston University Dr Abdul Basit also delivered his remarks at the event.

Earlier an Art Exhibition was also held at the Exhibition Hall of Preston University. 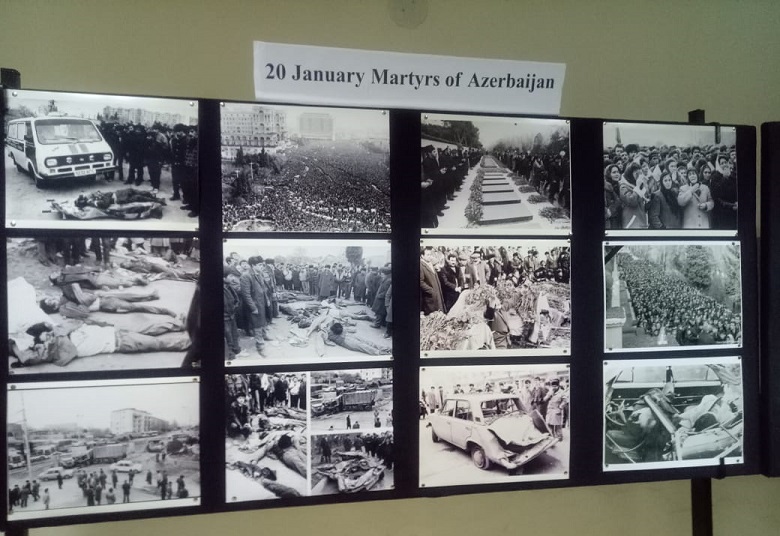 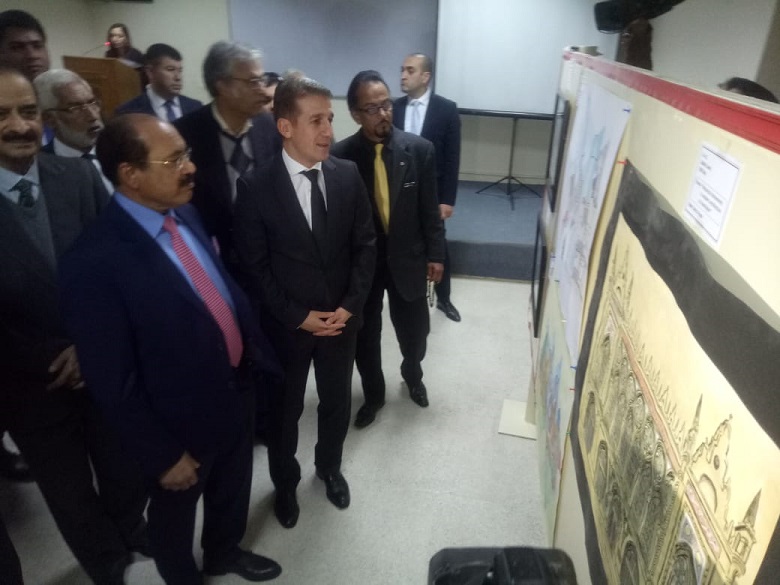 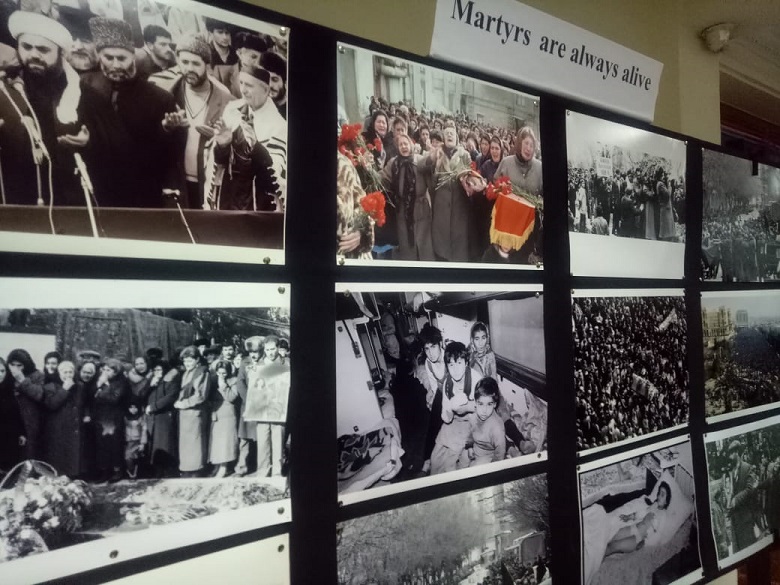 In the end, prizes were distributed among students who got positions in the Art Exhibition. 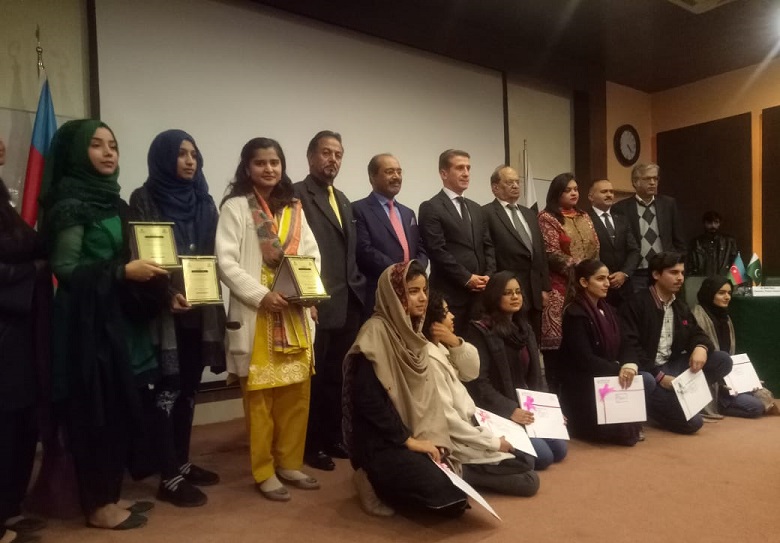 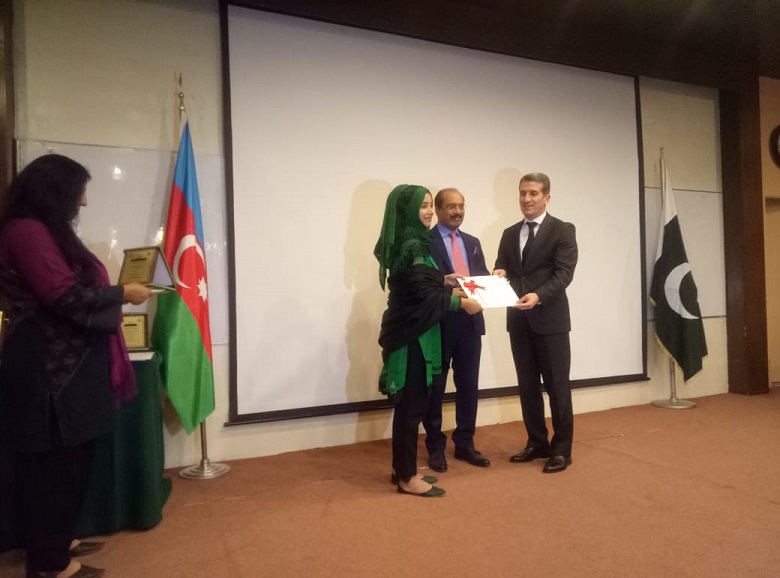 Following is the statement issued by the Azerberaijan’s Embassy in Islamabad about the “An Art Competition and Exhibition” organized in Preston University, dedicated to the 30th anniversary of the 20th January – Nationwide Mourning Day;

“Students from more than 20 leading Pakistani universities and amateur artists presented their works at the contest-exhibition named as “20 January – Bloody and Glorious Page of Azerbaijan’s History” organized by the Embassy of the Republic of Azerbaijan to Pakistan jointly with Preston University of Pakistan.

Ambassador of the Republic of Azerbaijan to Pakistan Ali Alizada, Chancellor of Preston University Abdul Basit, diplomats of foreign countries, students and well-known artists, craftsmen, the public and mass media attended the opening ceremony of the exhibition dedicated to the presentation of paintings.

It was reported that the paintings of contest dedicated to the martyrs of “20 January”, have been accepted by the special commission starting from December 10, 2019 during a month. Competition’s paintings have covered previously announced themes such as: “From Martyrdom to Independence”, “Martyrs are always alive and never forgotten”, “Friendship between Azerbaijan and Pakistan is eternal”, “Historical monuments and modern architecture of Azerbaijan”, “20 January: a great step forward towards the independence of Azerbaijan” and students and amateur artists representing a number of Pakistani universities participated in the competition. More than 25 paintings submitted for the contest have been reviewed by a specially established commission and the winners of the contest were determined. The winners and participants of the competition will be awarded at the commemoration ceremony on the occasion of the 20 January – Nationawide mourning day and will be presented with cash prizes, certificates and various gifts.

Mati
Mati-Ullah is the Online Editor For DND. He is the real man to handle the team around the Country and get news from them and provide to you instantly.
Share
Facebook
Twitter
Pinterest
WhatsApp
Previous articleWho killed three Sikhs in East London in a knife bloodbath?
Next articlePM Imran Khan to participate in World Economic Forum in Davos