Azerbaijan will continue to support Pakistan at every forum: Ambassador Ali Alizada

ISLAMABAD, Pakistan: The Ambassador of the Republic of Azerbaijan Ali Alizada has said that Azerbaijan considers Pakistan its close fraternal country and will continue to support it at every forum, the Dispatch News Desk (DND) news agency reported.

In his message on the occasion of the National Day of Azerbaijan being celebrated on May 28, the ambassador said that the bilateral relations of Azerbaijan with Pakistan are steadily accelerating and both countries always enjoy longstanding warm and cordial relations.

Following is the full text of his message on National Day of Azerbaijan;

“28th of May is the National Day of Azerbaijan, the day of the establishment of the Azerbaijan Democratic Republic and a historic event when a democratic republic was created for the first time in the Muslim world in 1918. The Government and state institutions, armed forces of Azerbaijan were created, a democratically-elected Azerbaijani parliament was formed, official state attributes of Azerbaijan – the national tricolor flag and anthem were adopted, Azerbaijani language was declared the official language. The first majority-Muslim state Azerbaijan was also one of the first countries in the world to extend equal political rights to women in 1918.

The Azerbaijan Democratic Republic managed to do a lot but did not last long and 23 months later, the republic fell by the occupation and annexation of the Soviet Union. The Azerbaijan Democratic Republic left an indelible mark in the history of national statehood with its rich state-building experience and prepared a good basis for the future independence of Azerbaijan. The annexation of Azerbaijan to the Soviet Union in 1920 shows again that it is even more difficult to maintain independence than to obtain it. As the successor of ADR, Azerbaijan once again regained its independence in 1991 and when Azerbaijan was again at the verge of civil war and loss of independence, Heydar Aliyev, National Leader of Azerbaijan assumed the responsibility of the country, saved the state and the nation of Azerbaijan from the hard and strict tests of history and Azerbaijan embarked on the path of development, ensured stability and the country began to confidently move forward.

Today, thanks to the wise policy of the National Leader, Azerbaijan successfully continues its dynamic development under the leadership of President Ilham Aliyev. A thought-out and long-term policy is implemented in Azerbaijan at the highest level. Despite the impacts of the Armenian-Azerbaijani Nagorno-Karabakh conflict and the occupation of our lands by aggressor Armenia, the economic growth of Azerbaijan has been secured and indicators are very positive. Only in 2019 foreign exchange reserves of Azerbaijan have increased by $6.4 billion to reach a record high of $51 billion. Azerbaijan’s external public debt is at a very low level –17 percent of the gross domestic product. According to this indicator, Azerbaijan is in ninth place in the world. The World Bank included Azerbaijan in the list of 20 most reforming countries.

As the successor of Azerbaijan Democratic Republic the modern, emerging, stable, prosper and peaceful Azerbaijan lives in stability today, which is the main condition for the development of the country and continues its friendly relations with all nations which were determined as one of the main foreign policy priorities. Even in this difficult time when the global COVID-19 pandemic has a negative impact on all countries, along with the measures taken by the Government of Azerbaijan to mitigate the spread of Coronavirus in the country, Azerbaijan has also made its contribution in the global arena as well. Many financial and material support was extended to different countries and WHO. In order to strengthen the solidarity and unity in the fight against deadly pandemic the online Summit meeting of the Non-Aligned Movement under the motto “United against COVID-19” and an extraordinary Summit of the Turkic Council were held by the initiative of the head of the Azerbaijani state. The Turkic Council was even the first international organization on a global scale to hold a summit on the COVID-19 pandemic at the level of heads of state. 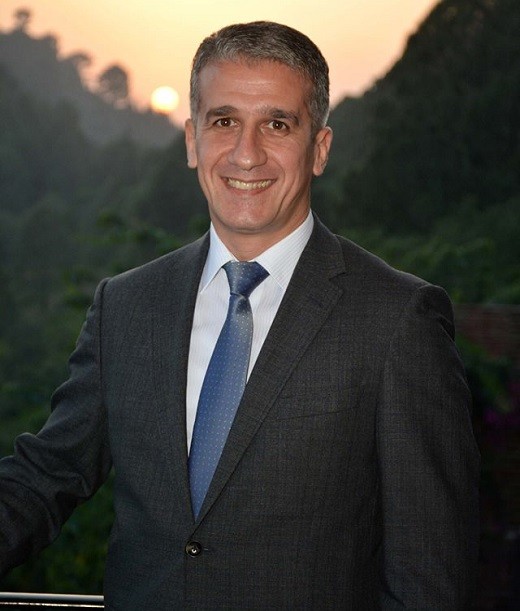 We are very pleased that the relations of Azerbaijan with fraternal country Pakistan also steadily accelerate and both countries always enjoy longstanding warm and cordial relations. Many projects and productive cooperation between the two countries are continued in the economic, military, military-technical, defense industry, security, cultural, media, science, education, energy, and humanitarian-social fields. Only in the past 2019 year, several mutual visits of government and military officials have been implemented from both sides. The President of Pakistan has visited Azerbaijan at the end of 2019, for the first time, ever Azerbaijani military contingent led by Minister of Defence of Azerbaijan attended Pakistan National Day Parade 2019, very warm and successful meeting between PM of Pakistan and President of Azerbaijan was held in January of this year in Davos. The mutual attendance of entrepreneurs in different exhibitions and the B2B meetings of businessmen were held, the special attention was given to the strengthening of cooperation in the energy and tourism sectors, the establishment of direct flights was and is of one the main aims in our relations at present time and many works have already done in order to start operations of direct flights from 2020. The global COVID-19 pandemic affected the world countries has also not allowed the completion of some successful projects between our countries as well and forced to postpone many of them, but even in pandemic time Azerbaijan and Pakistan as two brotherly countries are continued to support each other. Humanitarian-social works of the Heydar Aliyev Foundation of Azerbaijan are continued in Pakistan during this pandemic time too and the Government of Azerbaijan has also allocated financial humanitarian aid to Pakistan for the prevention of the spread of COVID-19 and elimination of consequences of the pandemic in Pakistan. Pakistan has also supported the efforts of Azerbaijan to fight coronavirus pandemic and the President of Pakistan attended the online Summit meeting of the Non-Aligned Movement under the motto “United against COVID-19” which was held by the initiative of the President of Azerbaijan on May 4, 2020. The Presidents of two countries had also a constructive telephone conversation on May 8, 2020 where they hailed the importance of the NAM online Summit in terms of strengthening efforts to combat the pandemic and its significant contribution to consolidating solidarity and international cooperation between the countries. The heads of state expressed also their confidence that the two countries will continue to support each other’s stance at the international level. The support of both countries to each other on Nagorno-Karabakh and Kashmir issues based on UN Security Council resolutions are also continued and discussed in every meeting. No any country has recognized the so-called “Nagorno-Karabakh Republic”, the world’s leading organizations and many countries have also reacted harshly and negatively to the illegal elections held there in this year and Pakistan is also among these countries which stands by the fair position of Azerbaijan unrecognizing Armenia as an independent state and condemning this aggressor country because of its occupation of the 20 % of internationally recognized Azerbaijani territories. The Government and people of Azerbaijan highly value this brotherly and fair approach and Azerbaijan considers Pakistan its close fraternal country and will continue to support it at every forum.

Azerbaijan and Pakistan are bound by the relations strong friendship and strategic partnership which reflects the will of our fraternal nations and we remain committed to further strengthen our relations with brotherly Pakistan.

This year we are not able to solemnly celebrate the date “May 28 – National Day of Azerbaijan” in Pakistan due to coronavirus pandemic, but we have already received many congratulations letters, calls, messages of solidarity from the people and Government of Pakistan which give us immense pleasure and honor. I thank the Government and people of brotherly Pakistan for continued cooperation, support, and interest to further expand and strengthen our relations and congratulate all my countrymen on the occasion of National Day “May 28 – Republic Day of Azerbaijan”.

Mati
Mati-Ullah is the Online Editor For DND. He is the real man to handle the team around the Country and get news from them and provide to you instantly.
Share
Facebook
Twitter
Pinterest
WhatsApp
Previous articleUzma Khan Leaked Video Scandal: Malik Riaz rebuts malicious propaganda against him
Next articlePakistan army shoots down Indian spy quadcopter at LoC