Azerbaijan, Russia to closely cooperate to establish lasting peace in the region 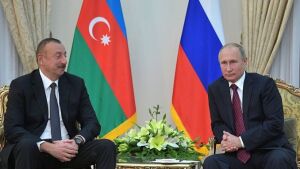 It was noted that the sides will cooperate in resolving issues arising from the provisions of the above Declaration and will closely cooperate at the regional and international levels to establish lasting peace between the countries of the region.