Azerbaijan restored its independence in October 1991. If gaining independence was the first term, the second important issue was maintaining and strengthening the sovereignty. But first years of the country’s independence were characterized by the crisis within the country both politically and socio-economically.

On the one hand, the aggression against Azerbaijan by the Armenia, and on the other – the political turmoil for the power in Azerbaijan, exacerbated the situation. 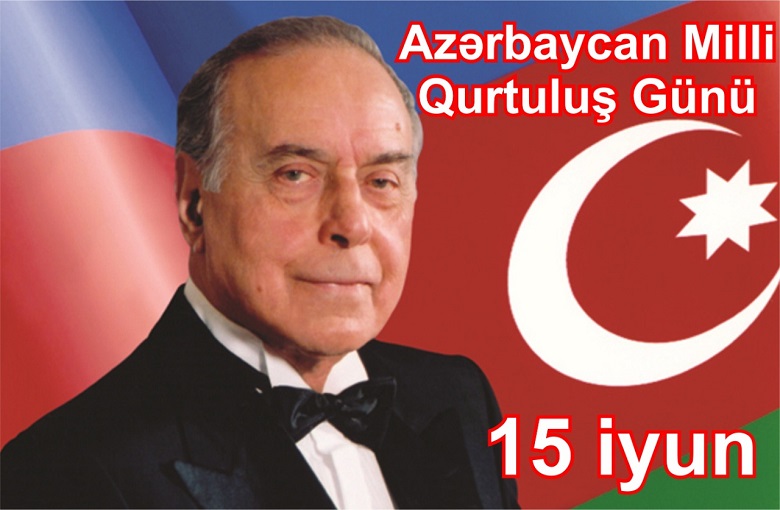 Meanwhile, the country faced the crisis of power as separate groups and individuals were fighting for control. In June 1993, an explosive situation, which could lead to the outbreak of civil war, evolved in Azerbaijan.

Having come to power in 1992, the Azerbaijan Popular Front Party could not cope with the situation in the country. In such troubled times, the country was in need of a strong-willed leader who could solve the existing crisis and prevent potential ones in the future.

With the strong insistence of the people, the national leader Heydar Aliyev was invited to take power and prevent a civil war – the task that he accomplished successfully.

On June 15, 1993, Heydar Aliyev was elected Chairman of the Supreme Council of the Republic of Azerbaijan. Thus, this day went down in the history of the country as the Day of National Salvation.

On October 3, 1993, as a result of the nationwide vote, Heydar Aliyev was elected President of the Republic of Azerbaijan.

Starting from 1993, Azerbaijan demonstrated a breakthrough in all areas. This phase, covering the 1993-2003 brought the rapid development and stability.

His farsighted policy placed Azerbaijan among the fastest developing countries in the world and introduced a small energy-rich country in the cradle of the Caspian Sea to the world in a short period of time. Azerbaijan’s success is the fruitful result of the national leader’s future-oriented vision and a well thought out state policy.

The policy pursued by Heydar Aliyev is being successfully continued today by President Ilham Aliyev ending up with the liberation of territories of Azerbaijan from the occupation of Armenia and bringing peace, security and development to the region, as well.

Mati
Mati-Ullah is the Online Editor For DND. He is the real man to handle the team around the Country and get news from them and provide to you instantly.
Share
Facebook
Twitter
Pinterest
WhatsApp
Previous articleFM Bilawal apprises UN Chief regarding derogatory remarks by BJP officials & rising Islamophobia in India
Next articlePM Shahbaz wishes happy birthday to Chinese President Xi Jinping