Azerbaijan as a Nation has written a true history of bravery, courage by liberating Karabakh: Pakistani Journalist Agha Iqrar Haroon

Today is the first anniversary of the liberation of Shusha from the Armenian occupation.

It is worth remembering that at the beginning of November 2020 Azerbaijani Special Forces held a well-planned secret operation in order to neutralize the illegal Armenian military units in the city of Shusha.

As a result of the offensive attacks, the resistance of the army of the enemy has failed. All Armenian forces have been annihilated and fell to the ground. Other Armenian remnants have been forced to withdraw from the city.

On the morning of 8 November, Azerbaijani Special Forces entered the city of Shusha. The city has been finally liberated.

It should be noted that the liberation of Shusha did not mark the end of the 44-day war but also indicated the end of 30 years of agony and disgrace for the Azerbaijani people. It is symbolic of the restoration of national pride in the history of Azerbaijan.

He said that the Azerbaijani people had written the glorious history by liberating their territories from Armenian occupation. 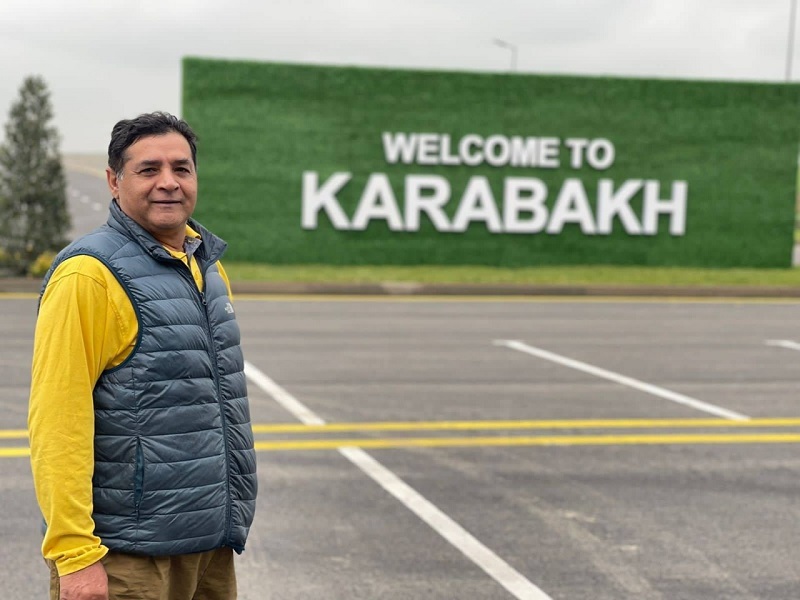 – Dear Iqrar Haroon, you know that on 27 September 2020 Azerbaijani Armed Forces under the order of the Commander – in – chief of the army President Ilham Aliyev launched large-scale counter-attacks along the front line in response to Armenian provocative attacks. As a journalist, what is your opinion about the importance of the 44-day war in the history of Azerbaijan and the South Caucasus?

The brave decision of the chief of the army President Ilham Aliyev for launching the large-scale counter-attacks along the front line in response to Armenian provocative attacks will be remembered in history and it sent many messages to the world, particularly to nations who are facing illegal occupations. The first lesson is that United Nations has failed to serve weak and subjugated people and reclamation of occupied lands can only be through decisive and brave decisions. One cannot sit and wait for an indefinite period for the implementation of UNSC resolutions. Indian Occupied Kashmir is waiting the same situation but who cares? Another lesson is that Peace can only be ensured with nations are equipped with strong leadership and powerful armies. Weak is always denied the right of Peace. Azerbaijan as a Nation has written a true history of bravery, courage but same time lover of Peace. This victory of Azerbaijan is a clear message in South Caucasus that peace requires readiness to war otherwise Peace can be taken away with force by subjugators.

– How do you assess the significant role of the Azerbaijani army in the liberation of Karabakh from the Armenian occupation?

– During the 44-day war, we witnessed that Pakistan and Pakistani people stood by the Azerbaijani army. Islamabad has always supported the self-defense right of Azerbaijan to restore its territorial integrity and internationally recognized borders. Please talk about Pakistan’s contribution to the Azerbaijani army in the Karabakh war?

Pakistan as a Nation always stands with Azerbaijan and Azerbaijan stands with Pakistan. Pakistan Army and Azerbaijan army have been engaged in training and military exercises since a long and both countries believe in the transfer of expertise and knowledge and this factor has surely enhanced the capacities of both armies. Our enemies have seen that both brotherly countries always stand with each other and nobody should have any doubt for our military and social cooperation. 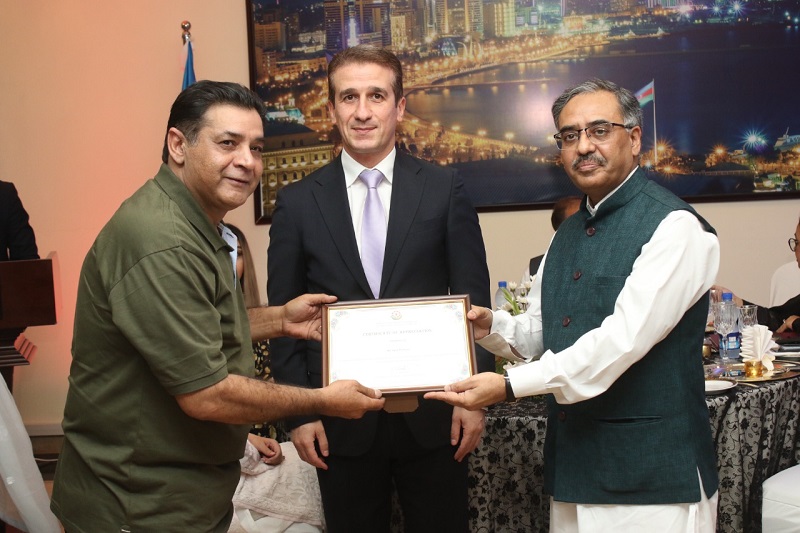 – On 8 November 2020, the Azerbaijani army liberated the city of Shusha from Armenian occupation. You know that Shusha is an important national pride for Azerbaijani people in terms of culture and history. As a Pakistani, please express your congratulatory words on the occasion of the liberation of Shusha.

Shusha is a symbol of Pride for the Azerbaijani people and the reclamation of Shusha is the greatest pleasure of Azerbaijan after its independence. Azerbaijan has a long history of sacrifices for getting independence and this history is spanning over 100 years. Azerbaijani people never stopped and they fought inch by inch and day by day for their full independence and I consider the Azerbaijani nation is a symbol of National Pride for all of the world. I wrote a poem in Urdu for Shusha in 2018 and I conclude this answer with the translation of two lines of this poem.—

We shall never let you under the clutches of oppressor

Remember our last drop of blood is ready to save you

Note: The above interview was originally published by Eurasia Diary on November 8, 2021.