Monitoring Desk: A War like situation has erupted between Azerbaijan and Armenia when the armed forces of Armenia had flagrantly violated the ceasefire regime and used artillery mounts to fire on the positions of Azerbaijan’s armed forces in the direction of Tovuz district, along the state border between Armenia and Azerbaijan 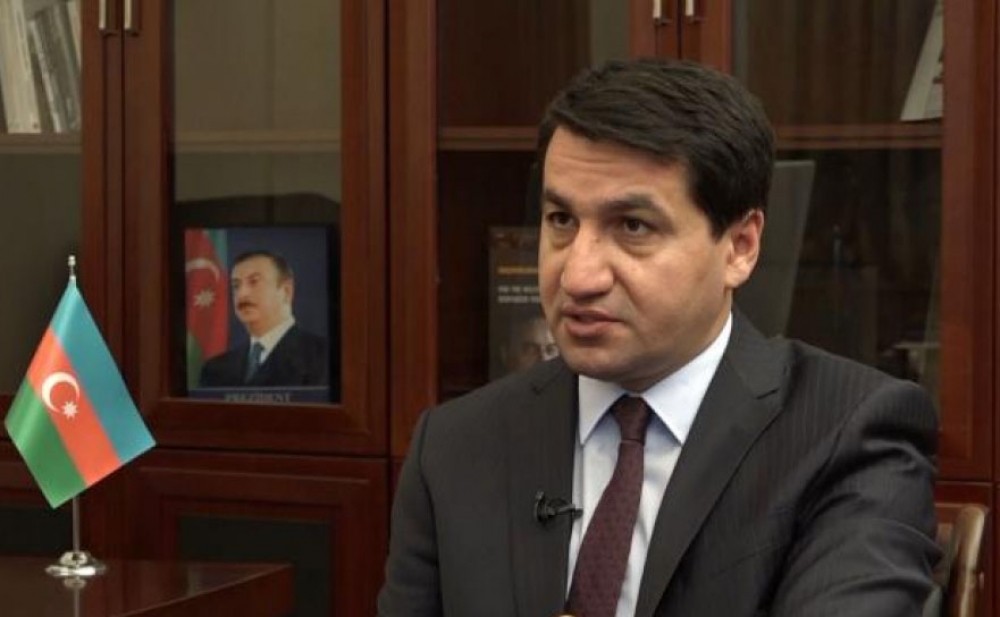 Meanwhile, the statement published by State-Run News Agency AZERTAC of Assistant to the President of the Republic of Azerbaijan, Head of Foreign Policy Issues Department of the Administration Hikmat Hajiyev says as:

“The armed forces of Armenia had flagrantly violated the ceasefire regime and used artillery mounts to fire on the positions of Azerbaijan’s armed forces in the direction of Tovuz district, along the state border between Armenia and Azerbaijan.

The armed forces of Azerbaijan responded with counterfire and launched counteroffensive measures, preventing the advancement of the Armenian armed forces.

Azerbaijan’s armed forces remain in control of the operational situation. The Armenian side has failed to make any territorial gains.

The attack by Armenia, with the use of artillery, against the positions of the armed forces of Azerbaijan, along the Armenia-Azerbaijan border, constitutes aggression, an act of the use of force, and another provocation.

The troops of the State Border Service have been deployed along the extensive part of the state border in Gazakh and Tovuz districts from Azerbaijan’s side, to prevent provocations and reduce cases that can lead to tensions on the border between Armenia and Azerbaijan. Armenia, on the contrary, has continued to militarize the border between two countries, while deliberately and systematically targeting the civilians.

Such military recklessness on the part of Armenia pursues an objective of drawing the military-political organizations to which it is a party to into the Armenia-Azerbaijan conflict, and evade the responsibility of occupation and aggression against Azerbaijan. Armenia’s aggression against Azerbaijan that has lasted for nearly 30 years and provocations perpetrated along the border also contravene the legal documents of the military-political organizations to which Armenia is a member.

In the meantime, by doing so, Armenia’s leadership aims to escalate the situation, against the backdrop of socio-economic problems deteriorated further by the widespread of COVID-19 in Armenia, caused by its incompetent performance, and distract attention from the domestic problems in the country.

In blatant violation of the UN Charter and other legal international obligations, Armenia has carried out military aggression against Azerbaijan and occupied Azerbaijan’s Nagorno-Karabakh region and seven surrounding districts. The UN Security Council resolutions 822, 853, 874 and 884 demand full and unconditional withdrawal of the Armenian armed forces from the occupied territories of Azerbaijan.

The provocation by Armenia, perpetrated along the border, is yet another evidence that the official Yerevan is disinterested in the negotiated settlement of the Armenia-Azerbaijan conflict.

Armenia launched this offensive and a provocation during the time when the international community is fighting the COVID-19. That and continued violations of the ceasefire by Armenia proves that Armenia’s support of the initiative by the UN Secretary-General on a global ceasefire due to COVID-19 is nothing but hypocrisy.

We call upon the international community to condemn strongly Armenia’s policy of occupation against Azerbaijan and its provocative actions perpetrated along the border.

It may be mentioned that Armenia has been conducting aggression against Azerbaijan since the early 80s and had illegally occupied several parts of Azerbaijan.