In a statement, the Azerbaijani Ministry of Defence said that the training was conducted as part of the combat training plan for 2019 to improve the professionalism of the military pilots of the Azerbaijan Air Force. 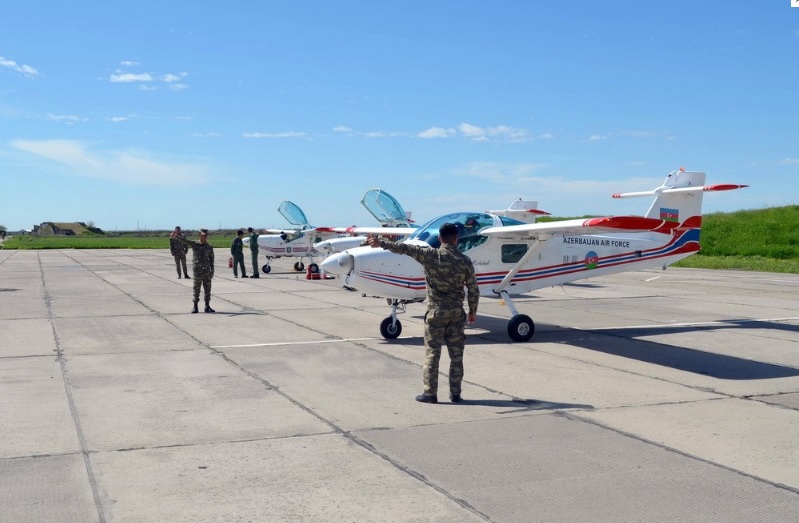 The defence minister said that young military pilots, who have theoretically mastered the characteristics and flight capabilities of the Super Mushshak and L-39 aircraft, as well as passed the relevant training sessions on simulators, began to conduct practical training flights using these aircraft and “Mi” series multipurpose helicopters.

The ministry said that in the training, young military pilots worked out the pilotage techniques, route flights, as well as paired and other flights.

Pakistan Aeronautical Complex unveiled a light attack variant of the Super Mushshak in March 2019. The aircraft is capable of launching laser-guided and anti-tank missiles.

Powered with 260hp engine, cockpit air conditioning, electrical instruments, and electric/manual elevator and rudder trim, the aircraft has been developed to meet FAR part 23 certification in normal, utility and aerobatics categories. It has a spacious side-by-side cockpit allowing good contact between the pilot and the co-pilot/observer or between the student and the instructor.

Mati
Mati-Ullah is the Online Editor For DND. He is the real man to handle the team around the Country and get news from them and provide to you instantly.
Share
Facebook
Twitter
Pinterest
WhatsApp
Previous articleHuawei announces Q1 2019 business results
Next articlePakistan terms Narendra Modi’s remarks on Indian nuclear capability as ‘highly unfortunate and irresponsible’