The ever gorgeous Ayeza Khan is quite active these days specifically for different photo shoots.

The ever gorgeous Ayeza Khan is quite active these days specifically for different photo shoots. It seems most of the clothing brands have this time decided to bring out the best with Ayeza. This is because she is the epitome of beauty and so elegant in whatever she wears. Her smile is all what adds up to the essence of any photo shoot. Ayeza Khan keeps on posting her work for different projects on Instagram and fans are loving it.

This year, Ayeza Khan is more into traditional wear shoots and all of these are amazingly fantastic. The color palette used for these attires is more like a rainbow of summery colors. She smiles and owns every look in a way which adds up to the serenity of surroundings. Ayeza’s pictures clearly depict how much she loves her work. Have a look at her latest photo shoot for traditional wear. 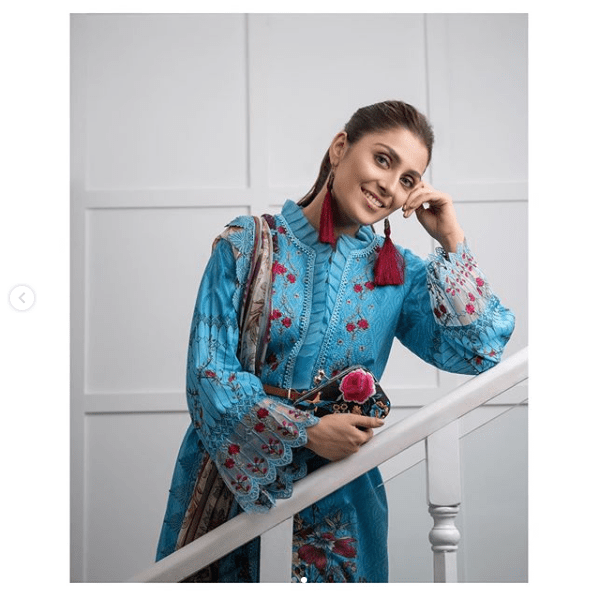 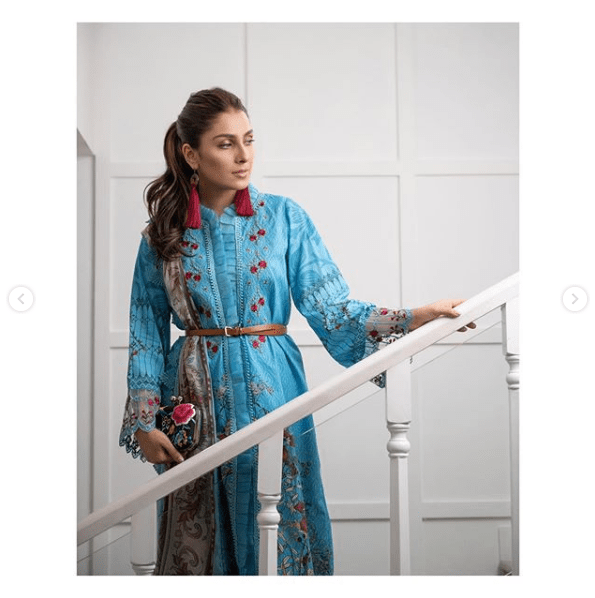 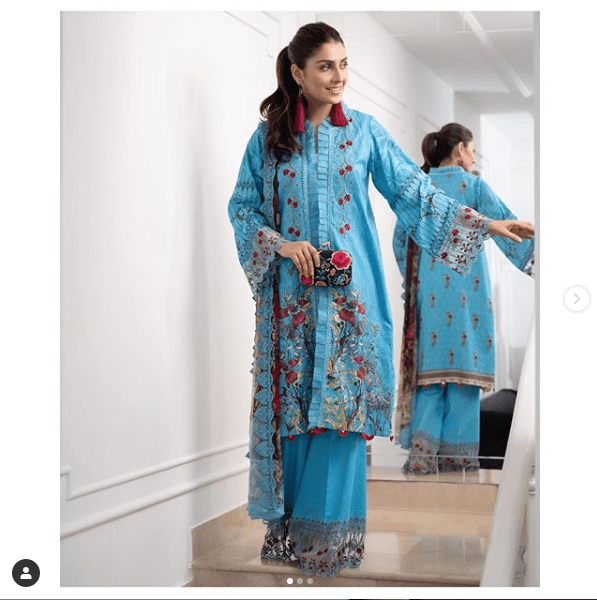 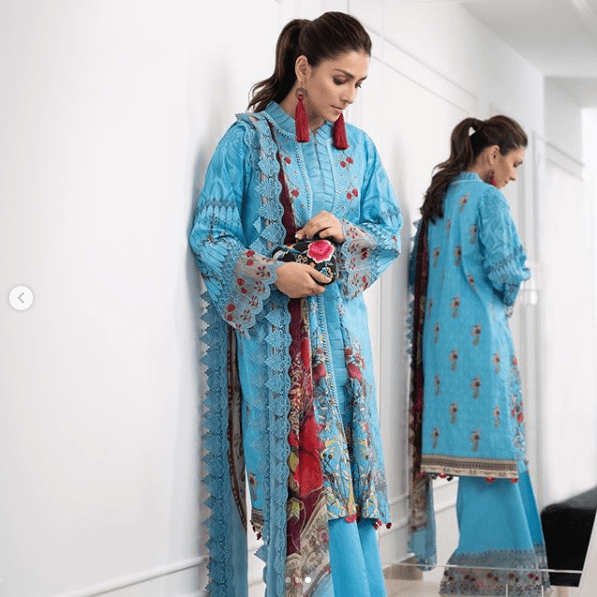 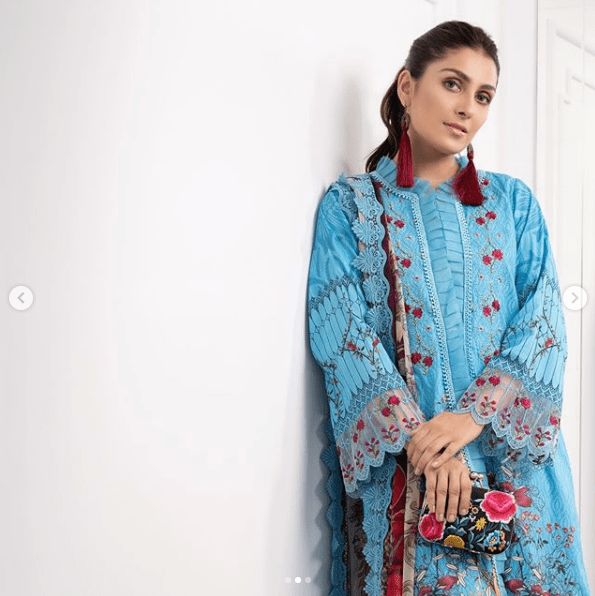 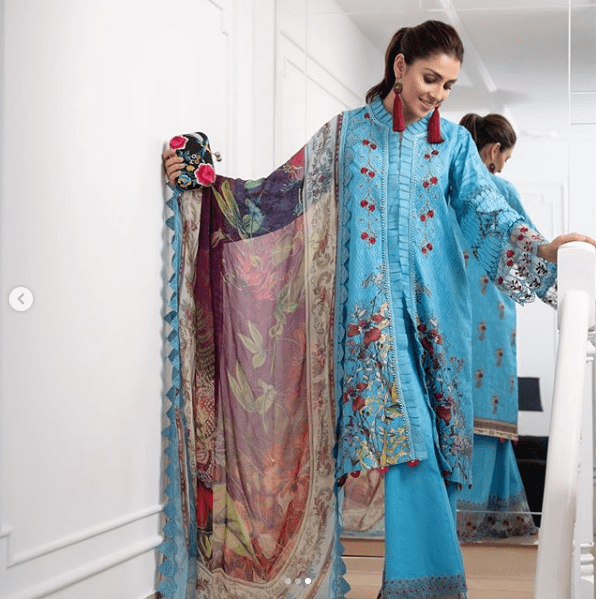 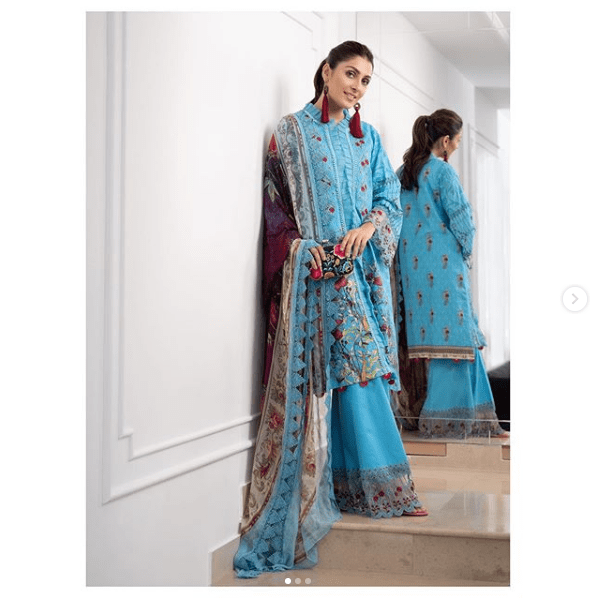 This photo shoot is for Mariana by Shurooq Pakistan. They have introduced their elegant lawn collection ‘Rhea’ and Ayeza has exhibited it perfectly. 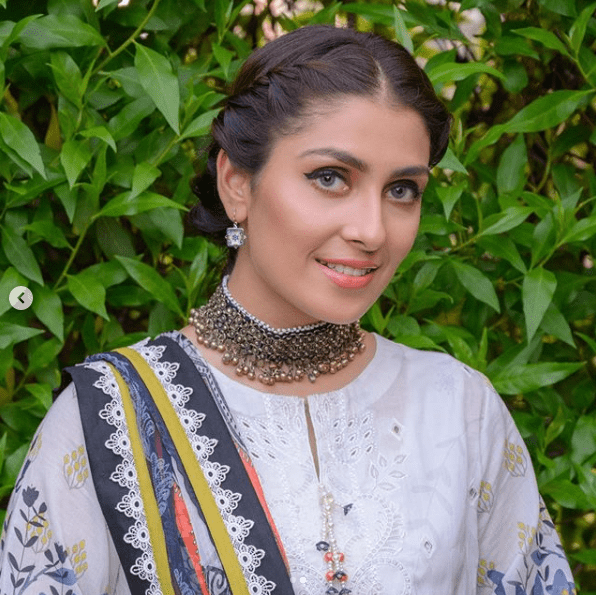 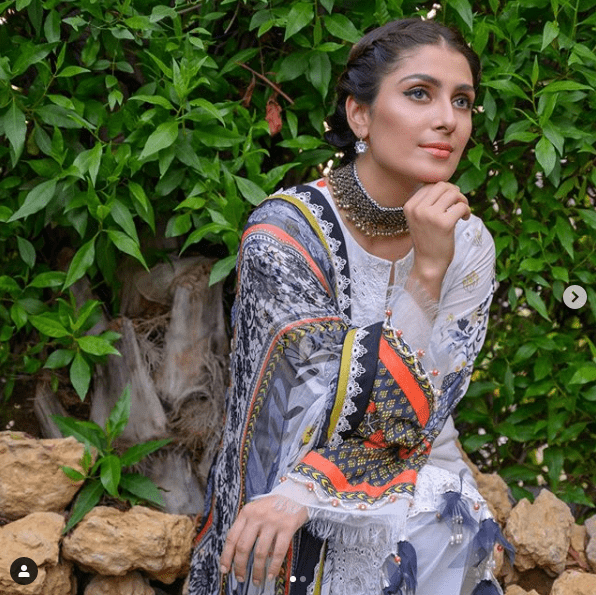 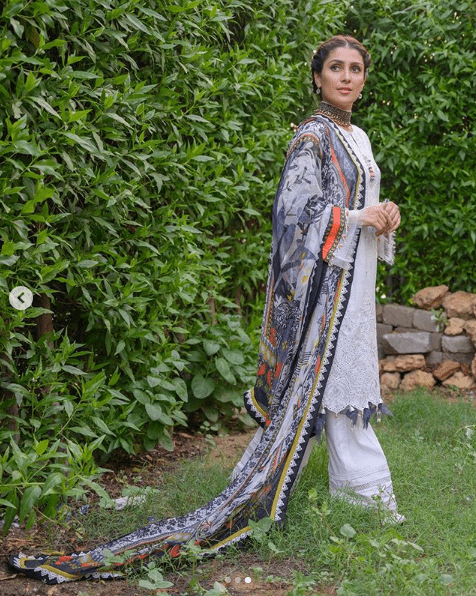 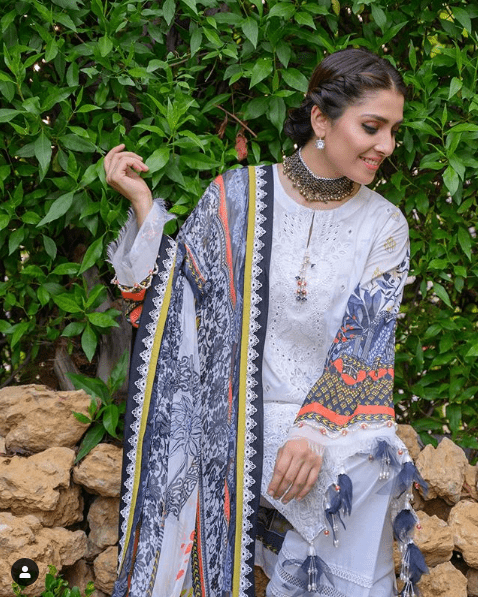 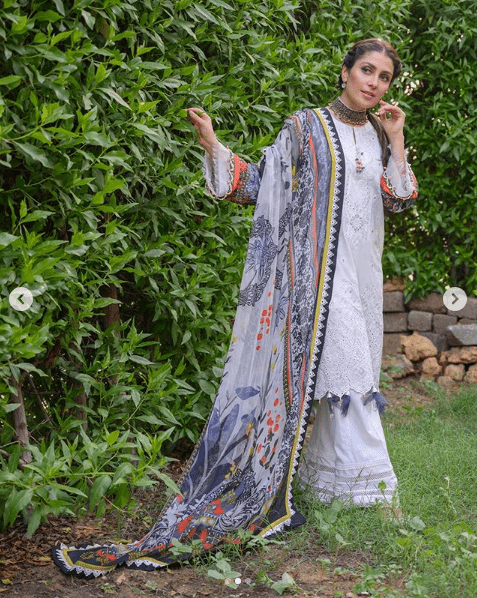 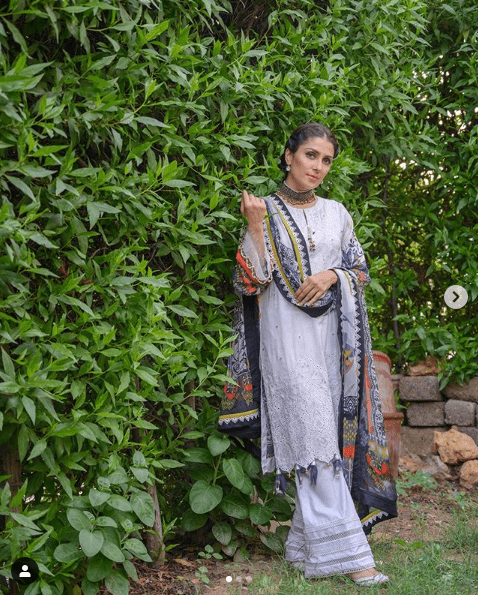 This photo shoot is more of traditionally and culturally rich depicting the significance of Pakistani dress. Ayeza Khan is dolled up for Jazmin’s IRIS lawn vol. 2.

She also received great commendation for her portrayal as Mehwish in Mere Paas Tum Ho. Ayeza is the recipient of several awards including Lux Style Awards, Hum Awards and Pakistan International Screen Awards.

She is married to famous actor and host Danish Taimoor. The couple has two kids, a daughter and a son.

No one can deny the fact that Ayeza Khan is excellent as an actress as well as model. Although all dramas in which Ayeza Khan has performed have made people admire her but some have made her stand out.

Mere Paas Tum Ho was a blockbuster drama in which she starred with Humayun Saeed and Adnan Siddiqui.

Drama serial Thora Sa Haq was also one of the best projects and here again Ayeza took the show to the next level with her amazing performance.

Furthermore, Ayeza played different yet strengthened woman role in drama Vespa Girl in which she drives a Vespa of her own. She is being judged by the society for this empowered way of living. However, she takes the stand and makes everyone admit this aspect of her life.

She has been superbly amazing throughout her career till the date without any doubt and we love her for it.

Wardah Farooqi
Wardah Farooqi has been working as a writer for 6 years. She also worked at Dunya News, Live Pakistan Magazine, and numerous local as well as international platforms. When she isn't writing, you can find her assisting people in bringing out the best!
Share
Facebook
Twitter
Pinterest
WhatsApp
Previous articleHyundai Nishat Motor launches Hyundai TUCSON
Next article10 Celebrities’ Kids Trending on Top These Days on Social Media!