If I had to name one Pakistani actress who does the regal best, I would say Ayeza Khan. Known for her eastern avatar and classical looks, Khan has her way of hogging the spotlight in her photoshoots. Recently, we have been seeing a lot of her on our television and phone screens as well. After the kids, this year is the one she has actually started increasing her screen presence.

Just recently, she did another shoot for the upcoming winter collection and we are in awe of how regal and beautiful she looks. Let’s take a look at what the shoot is all about:

With the winters just around the corner, all brands have started to shoot for their upcoming winter collections. In the latest stint, an up and coming & rather emerging brand bagged Ayeza Khan for their collection shoot.

The pictures have been taken with a regal setting and background & in open spaces to enhance the look & feel of winter with the beautiful collection. In her latest post, Khan shared the picture from the shoot along with the caption:

“A sweet breeze wandered up from the quiet mountains and several hundred notes of windchimes tinkled and altered mood of the land, the way an orchestra does to a theater” making your winter dreams come true, NOOR Winter Shawl Collection’20 by Saadia Asad”

Pictures From The Shoot

Coming to the pictures of the shoot, here are some shared on Khan’s personal account alongside the designer’s official account as well: 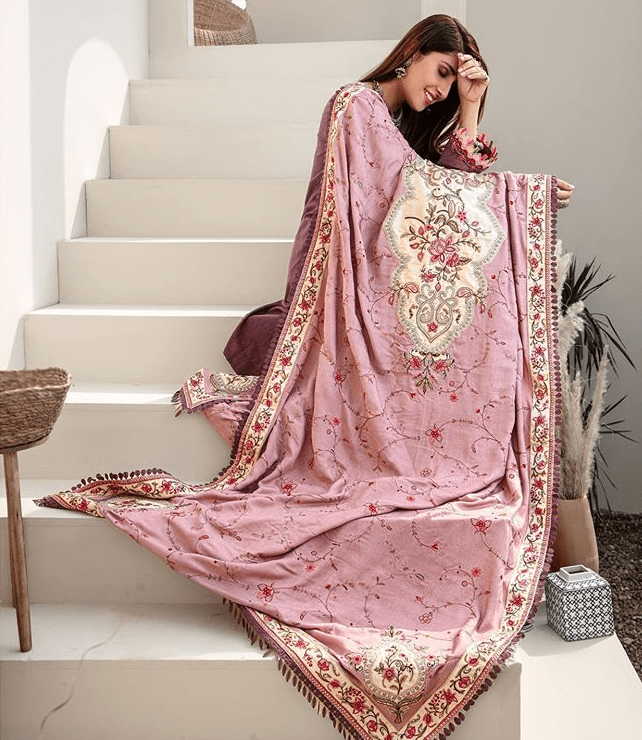 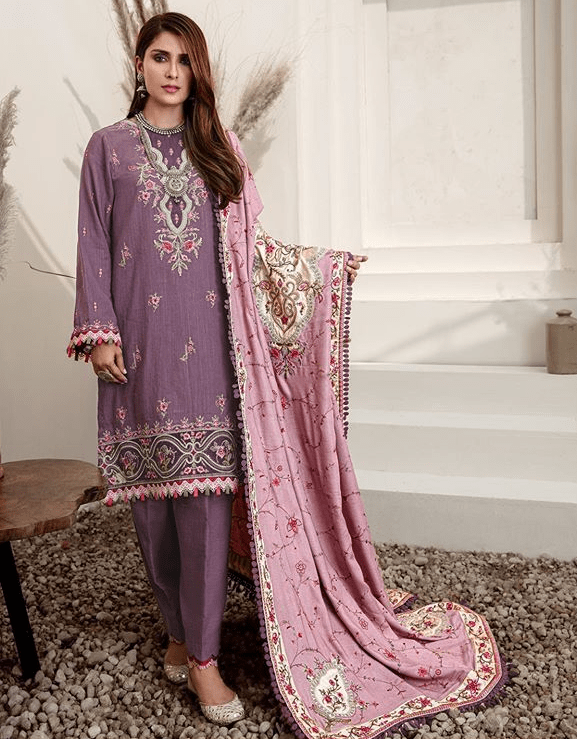 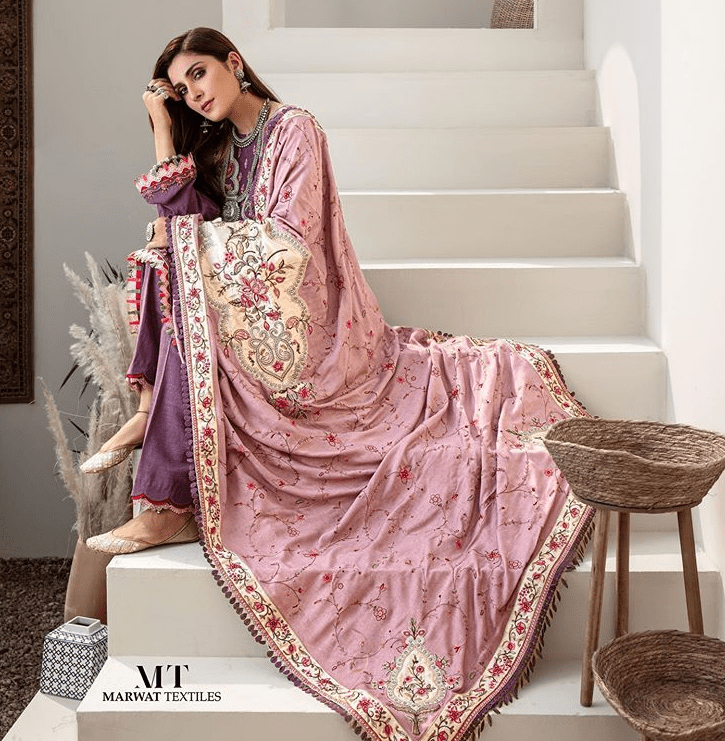 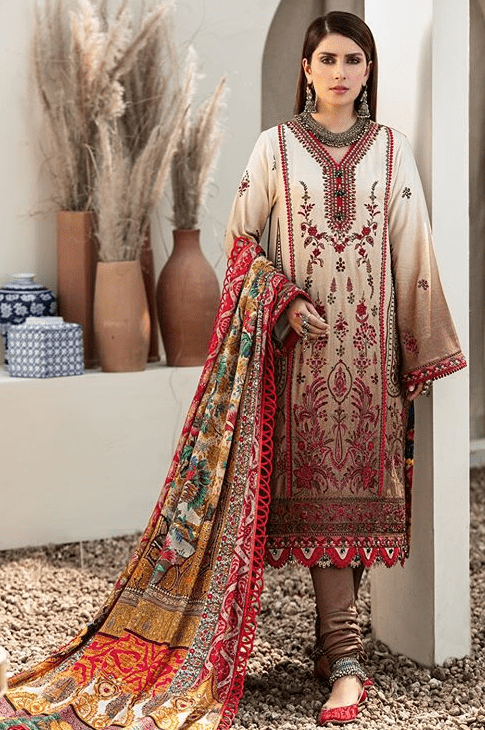 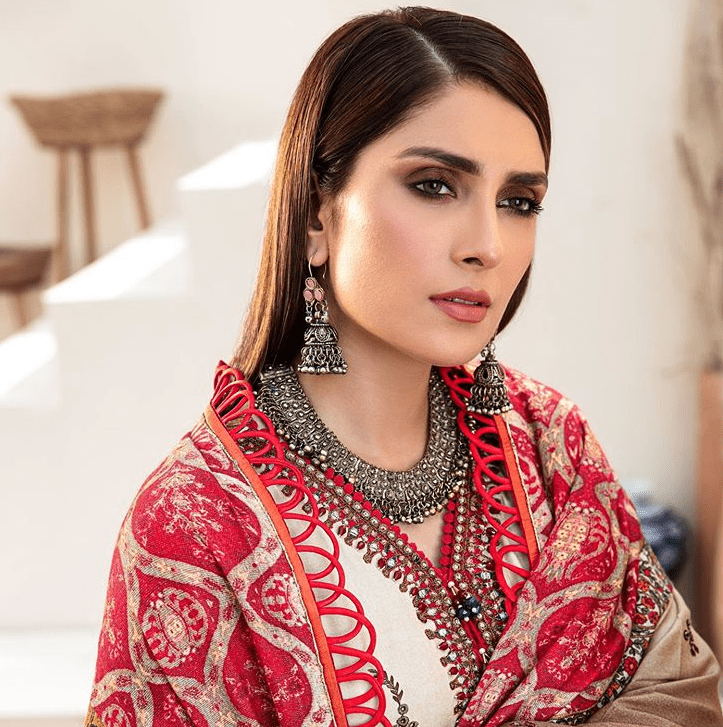 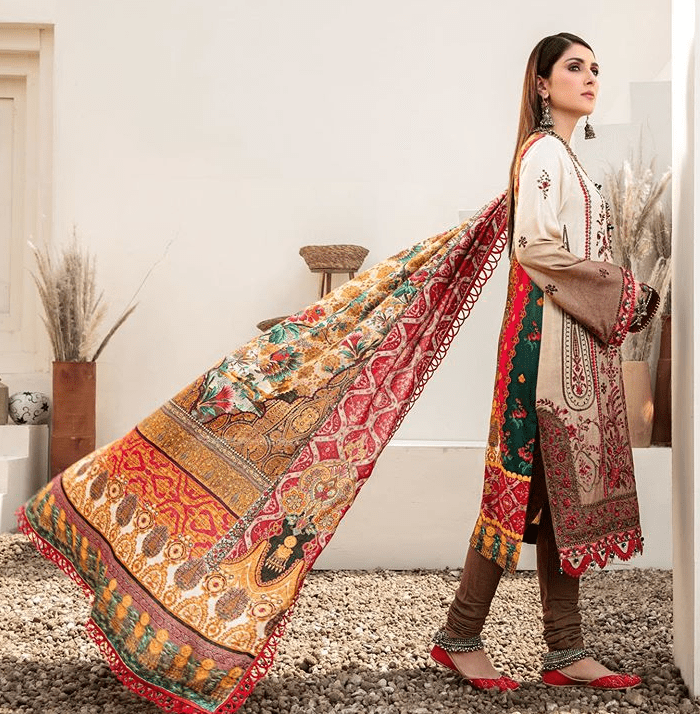 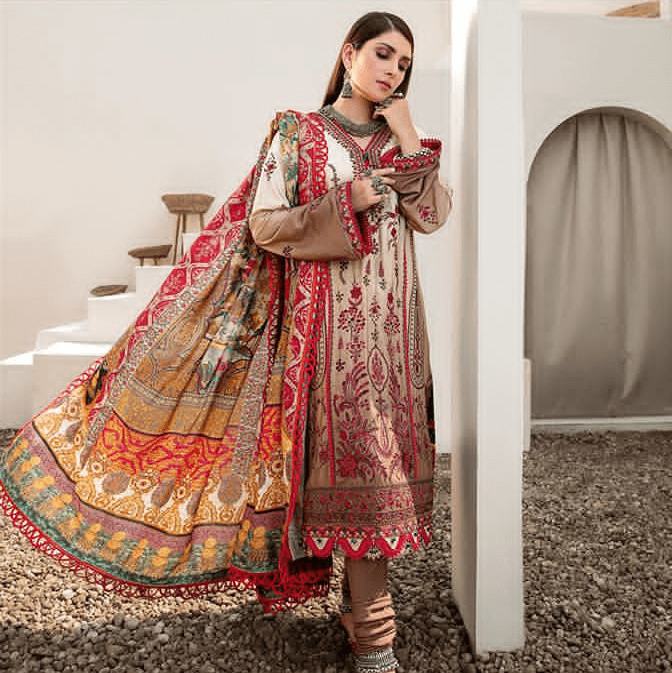 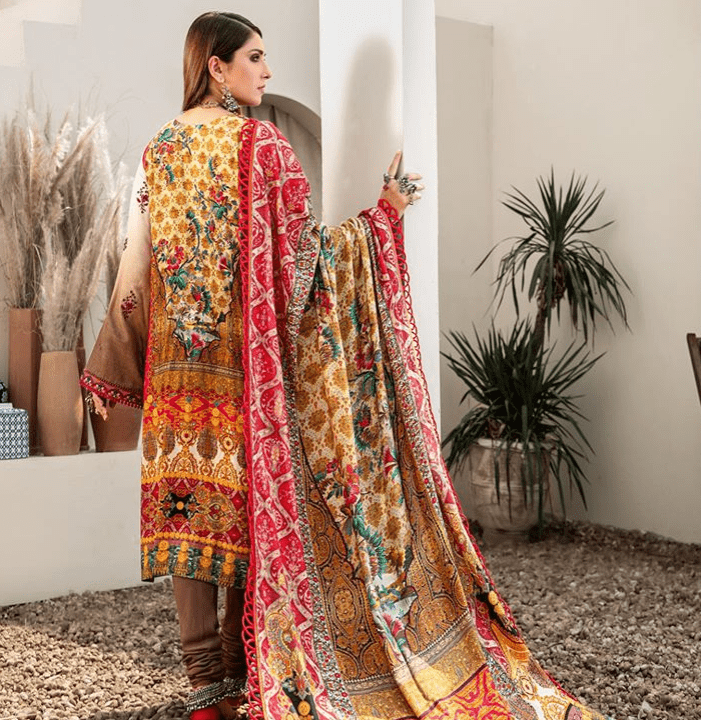 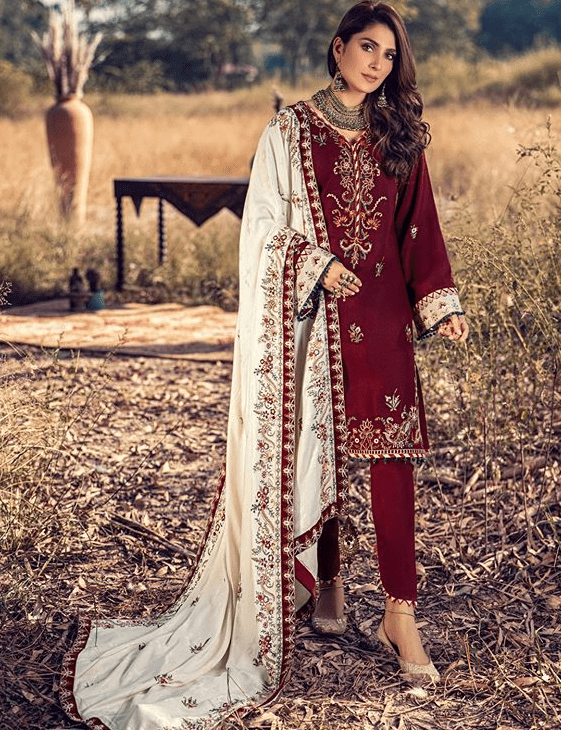 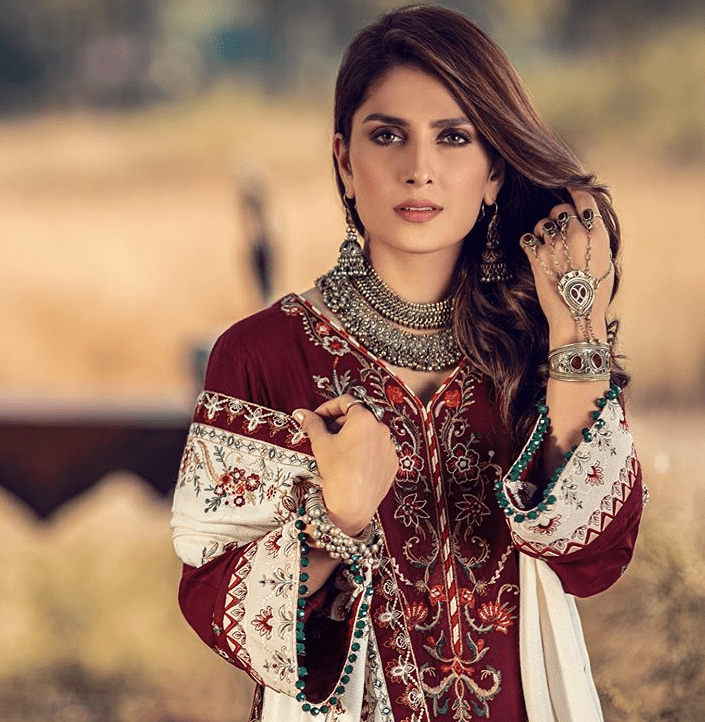 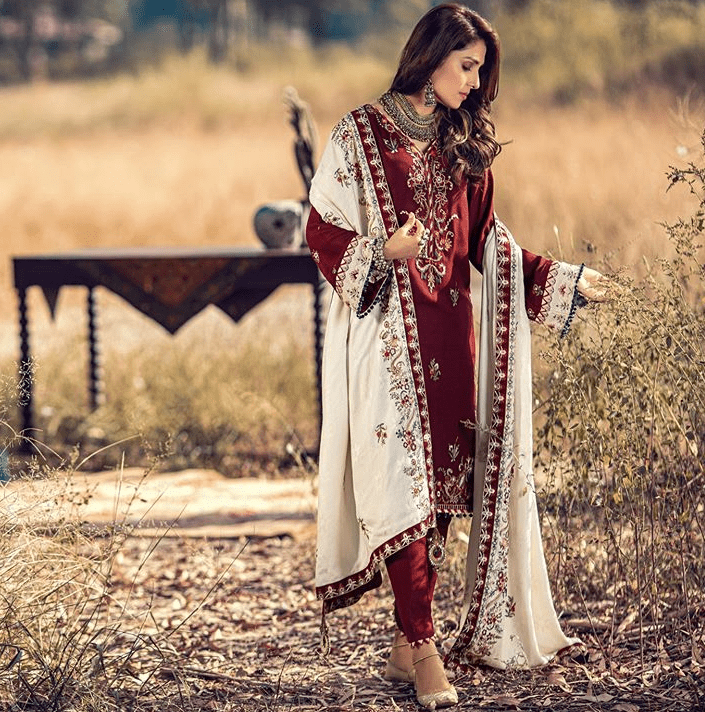 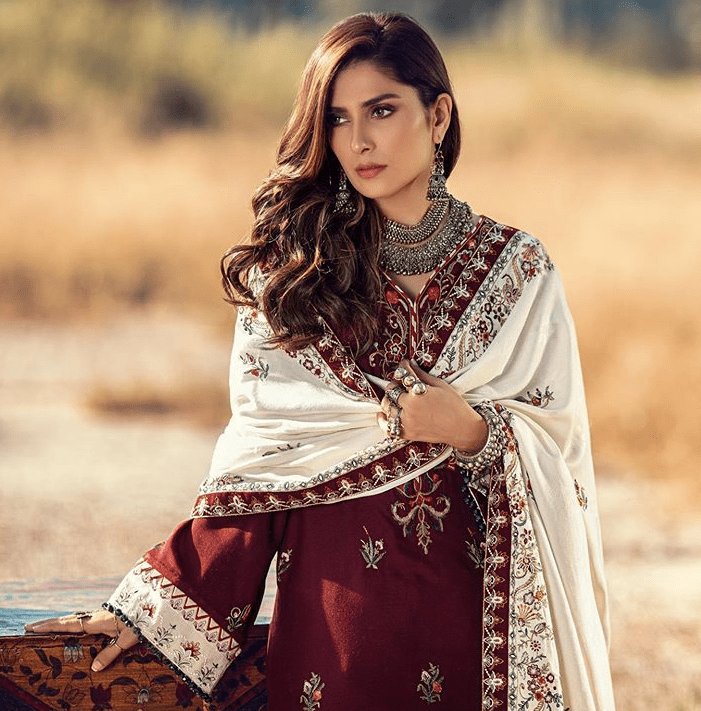 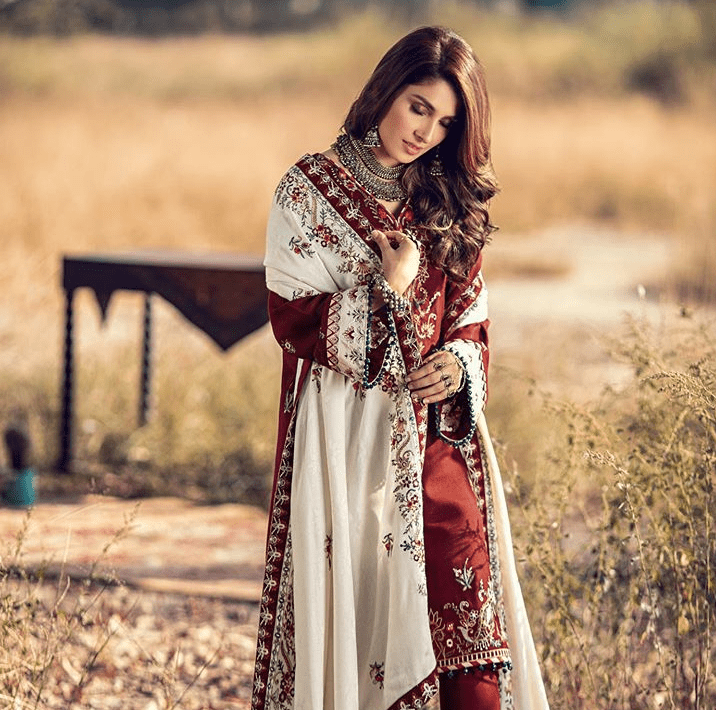 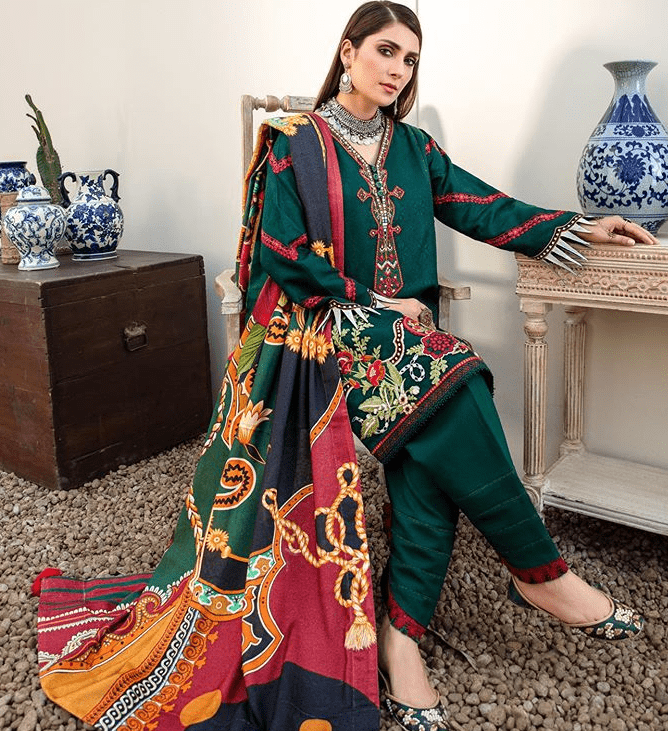 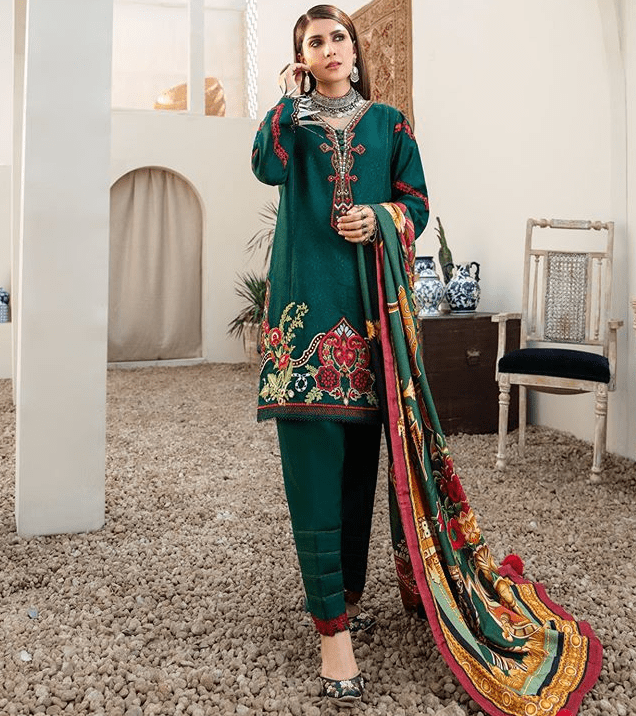 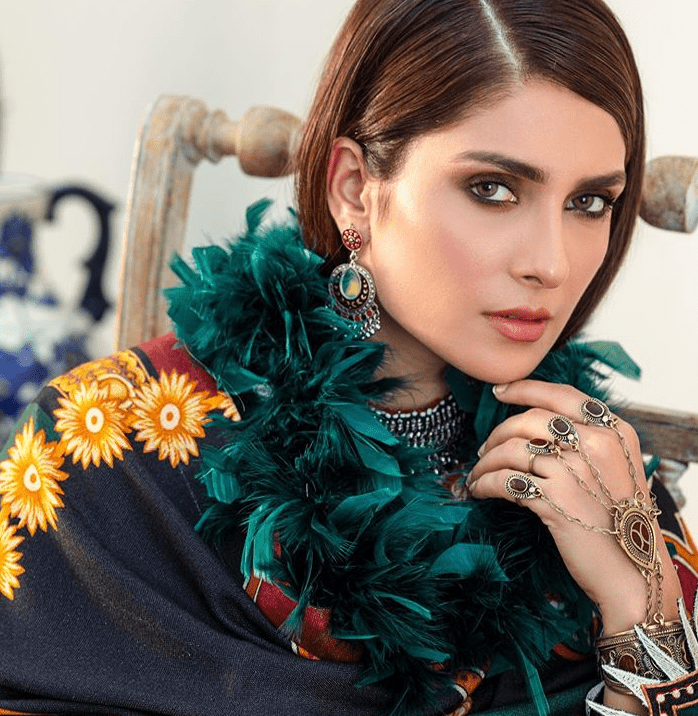 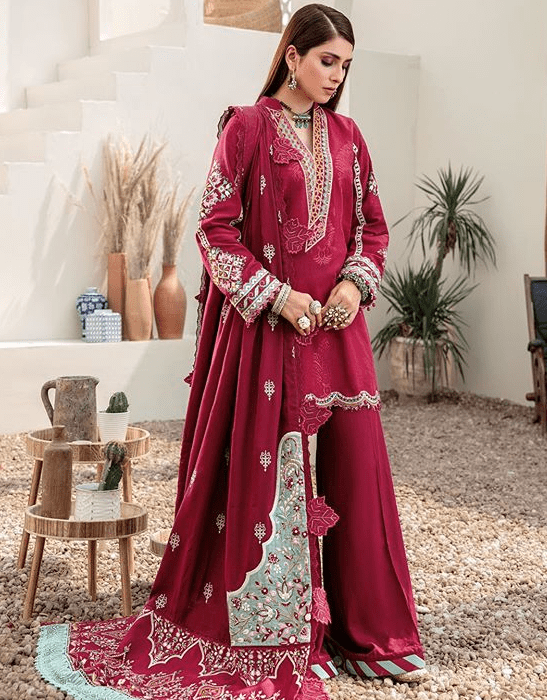 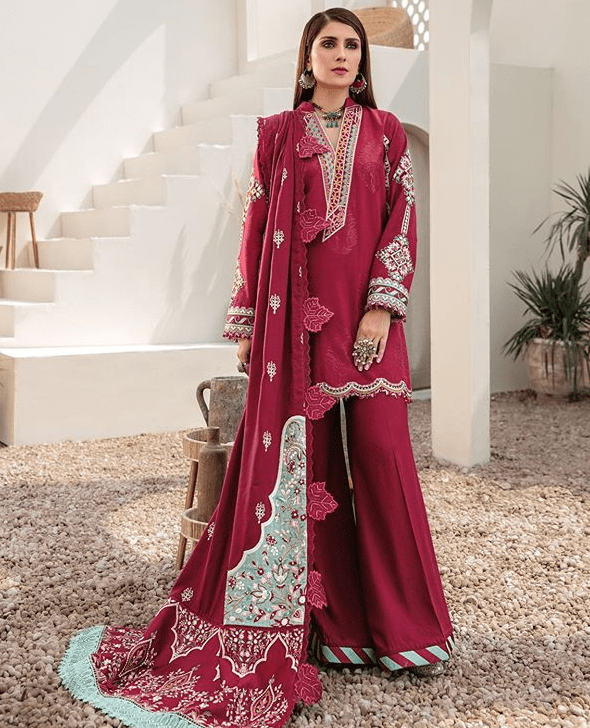 There was also a breathtaking BTS video too in which the actress herself is reciting a beautiful piece of poetry. Have a watch here:

Another equally mesmerizing one:

We are in love with these small videos:

🌟NOOR x AYEZA KHAN 🌟 NOOR Winter Shawl’20 by Saadia Asad‼️ This rose wood colored shirt is an interesting amalgamation of intricate embroidery featuring delicate floral motives and stylized paislies in a traditionalistic manner creating a beautiful neckline and ghera border with all over scattered booties in the middle. A classic off white shawl with embroidered borders n booties rendered in the rich wintery heus perfectly compliments the shirt. In short, this classic ensemble complies a beautiful look that you have been searching for 🍁 Prebooking starts on 24th October at 7pm on www.saadiaasad.com @saadia.a.khawaja @ayezakhan.ak #Noor #AyezaKhan #NOORxAYEZAKHAN #Muse #WinterShawl #NoorWinterShawl #SaadiaAsad #NoorbySaadiaAsad #2020 #ComingSoon #MarwatTextiles

As mentioned, the shoot is for the designer Saadia Asad’s winter collection 2.0. The videography and cinematography credits go to Furqan Bhatti. The photography is by Ali Abbas whereas the sleek makeup is the courtesy of Sunil MUA. Finally, the stylist is Usaf Ahmed and the jewelry is by Quirky & Co. and Ayesha Accessories.

Kainaat Maqbool
A strategic and content marketeer, Kainaat has been working as a writer and content consultant for over 6 years. When she isn't writing or making marketing strategies, she is teaching people to do the same.
Share
Facebook
Twitter
Pinterest
WhatsApp
Previous articleTimeline of Indian propaganda against Pakistan from 2018-2020
Next articleCommercial drones: A window into the future