LAHORE, Pakistan: A star-studded commentators’ line-up is set to keep fans enthralled in the third season of the HBL Pakistan Super League (PSL) that commences in Dubai on February 22, according to the psl-t20.com.

Keeping up with the top-class commentating standards established in the first two seasons, the third season takes a bigger leap with an assembly of superstars.

Slater and Fleming were mainstays of Australia’s world beating Test and ODI teams of the late 1990s that carried their winning momentum well past the new millennium. 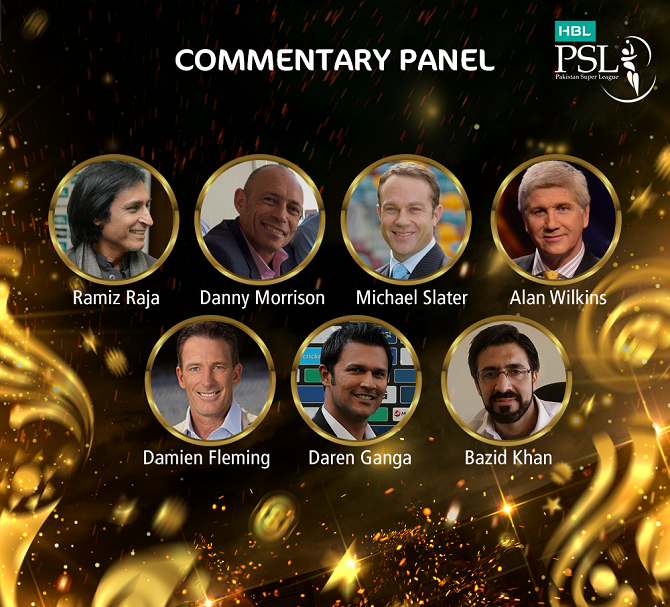 Since retirement, the duo travels around the world lending their voice to leading cricket tournaments including ICC events, their unique commentary styles have captured the imagination of fans all over.

Ganga is another significant addition to the commentator’s roster; the West Indian played 48 Tests, 35 ODIs and a solitary T20I for his team, he has established himself in the commentator’s box with his excellent delivery and cricketing expertise which has thrilled the fans around the globe.

Mati
Mati-Ullah is the Online Editor For DND. He is the real man to handle the team around the Country and get news from them and provide to you instantly.
Share
Facebook
Twitter
Pinterest
WhatsApp
Previous articlePresident Mamnoon confers Nishan-e-Imtiaz (military) on Saudi Naval Commander
Next articleSaad Rafique to relaunch Kohat Railcar on January 24