Atif Aslam has this time a lot to say and here we have got the details from his recent interview!

The legendary singer and heartthrob Atif Aslam has opened up for the first time in a way that he never did before. Until today, we have seen him entertaining his fans with his soulful voice and made way directly to our hearts with the best compositions. However, people rarely know about the personal life of Atif. No one ever had an idea that the soulful singer who is all in smiles every time we see him on the screen or in concerts, is the one who had a lonely childhood. So, here we have got details about the things Atif Aslam opened up about during the interview. Check out these details! 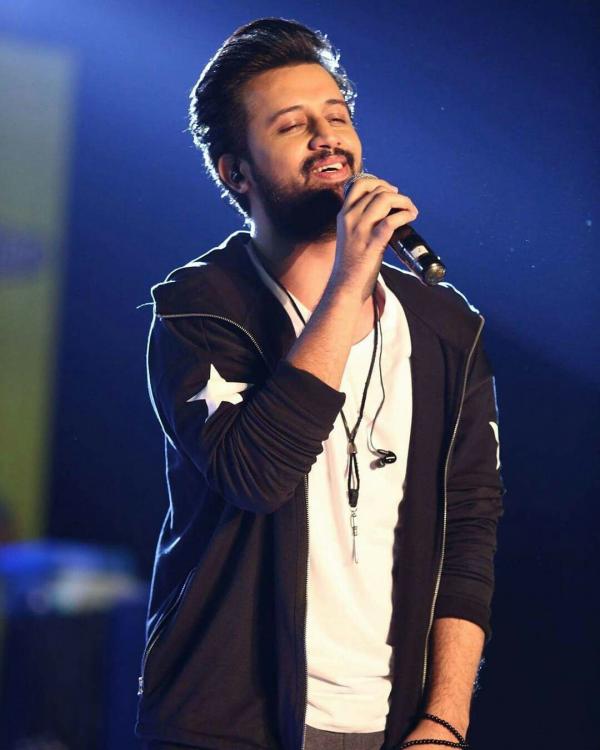 Atif Aslam has broken his silence over his past days specifically starting from talking about having a lonely childhood. Speaking to Anas Bukhash on his show AB Talks, Atif:

“I’m the youngest amongst my siblings. My stubbornness comes from there.”

He went on to say:

“When I was a kid, I never bonded with my siblings because of a drastic age difference. I am the youngest, and got beat[en]-up the most.”

“I have always been a naïve, sensitive kid who would disconnect with the world if I was not feeling right or in the correct head-space. I guess because of my personality being so disruptive, I never made great friends and went through a lonely patch at that time.”


Atif also explained that the strict environment in his house restricted him from being open with his parents. He stated:

“As a child, I have never been expressive because in my household we never hugged or cuddled each other,” shared Aslam. “I knew they [parents] loved me and I loved them back but to be affectionate towards them was out of the box, maybe because I was too scared of an aggressive reaction.” 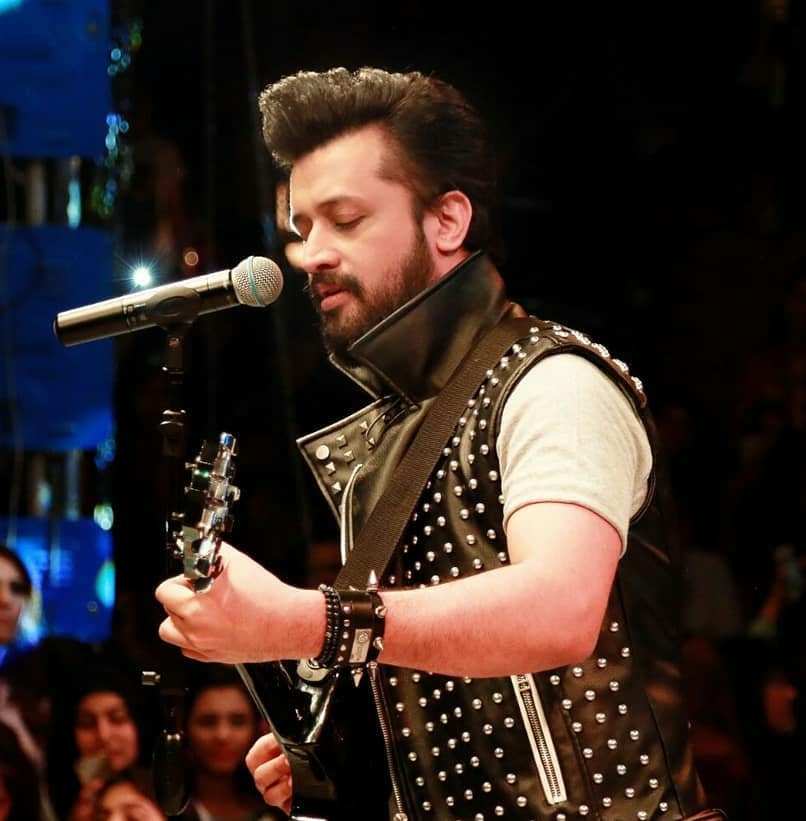 While taking the conversation further on his childhood, Atif also revealed he wanted to become a cricketer. However, later he gave up because his parents were not satisfied with it.

“I worked really hard at it but my parents took it as a hobby and didn’t know how good I was. That led to me giving up on cricket as I was skipping classes,” shared Aslam.

He spilt the beans on his journey into the field of music and confessed that:

“I think I explored myself in that. I did not have any sort of an outlet and was in dire need of one. I became quiet and lonely.”

“About 23 years ago, my brother introduced me to NFAK. While I felt alone and at my worst, his [NFAK] music calmed me, brought me closer to God and when I started praying, I started getting the answers. During that time, I explored and found my own voice.”

“I didn’t know that this would become my career. It all started when we were shifting, the house was empty as the night sky prevailed at almost six in the evening. I started singing, my voice echoed through the four walls and upon reaching the high-notes, I was scared of my own voice.”

During this friendly interview, he revealed more about his first song and told that he invested his own pocket money into recording for that one song he penned in his free time.

“I recorded my first song Aadat out of my pocket money. It took me a few seconds to upload it on the internet when there was nothing like WhatsApp. People started loving it and led to the making of a music video. The rise of my career began at that moment.” 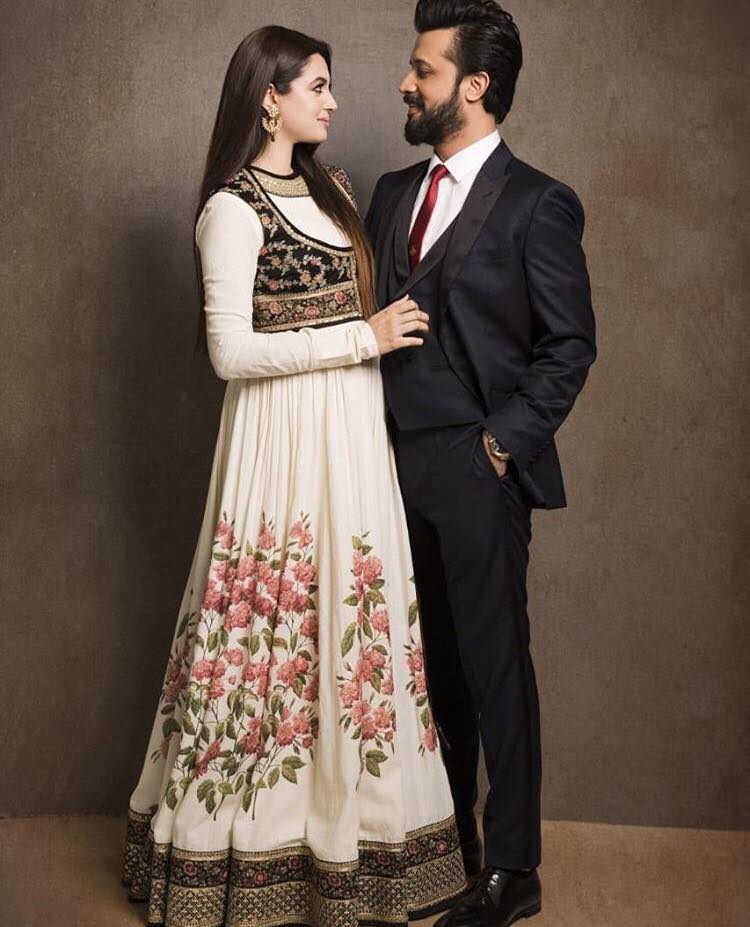 Atif Aslam talked about how balancing with married life is sometimes difficult. He expressed:

“In fame sometimes, things get tricky make you feel powerful. You have the opportunity to talk to anybody around the world but if you misuse that… it’s sort of difficult to look in the mirror because you know you’ve gone wrong somewhere.”

While winding up the interview, Atif appreciated and praised his wife for standing by his side despite him being difficult at times. 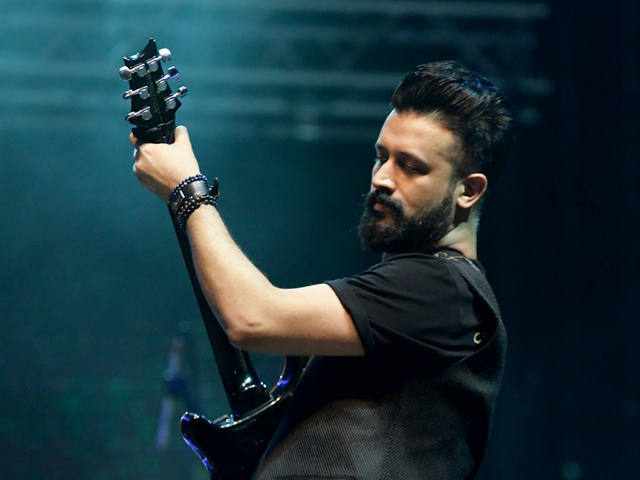 Moreover, the ‘Aadat’ singer expressed his love for his fans, acknowledging how being a successful male singer leads to a women-centric fan base.

Here we have got the video of Atif’s latest song. Watch it now!

Wardah Farooqi
Wardah Farooqi has been working as a writer for 6 years. She also worked at Dunya News, Live Pakistan Magazine, and numerous local as well as international platforms. When she isn't writing, you can find her assisting people in bringing out the best!
Share
Facebook
Twitter
Pinterest
WhatsApp
Previous article
Changan CX70T SUV – The Most Affordable SUV in Pakistan
Next article
CPSC hosts roundtable discussion on “CPEC & AJK”
Share
Facebook
Twitter
Pinterest
WhatsApp