Monitoring Desk: “One of the causes of massive Asylum seeking in Europe is US-led wars in the Middle East, Afghanistan other places. Now partners of US adventurism are calling asylum seekers “weapons” and their action of seeking asylum as a “hybrid war against Europe”. Humanity is documenting disturbing scenes like asylum seekers sleeping under the open sky in freezing temperature and human dead bodies being recovered from the ice-covered English Channel”. 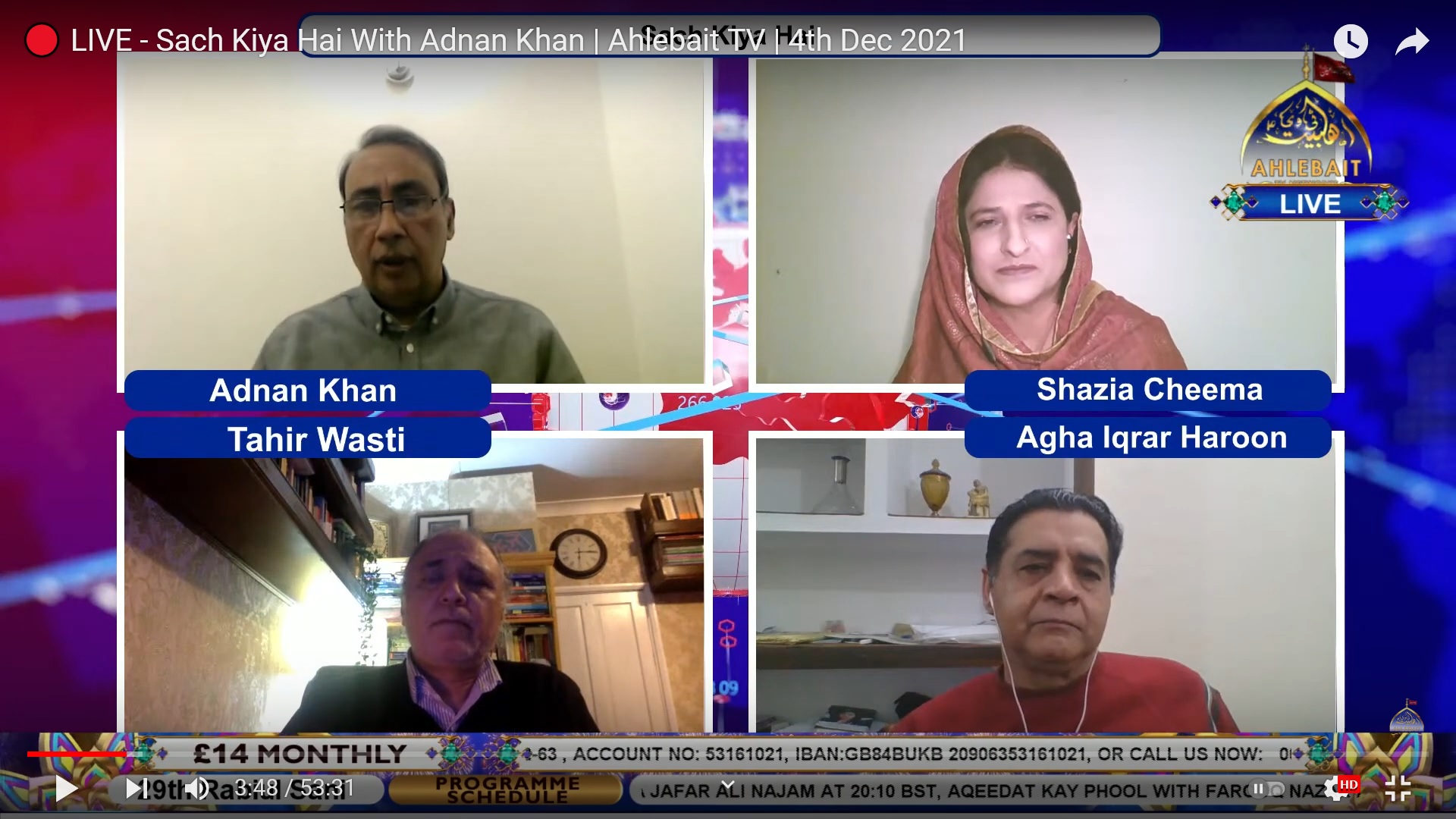 Participants were of the view that asylum-seeking policies are directly or indirectly linked with political policies of countries therefore immigrants and asylum seekers are being treated differently at different European borders. Citing the recent decision of Ireland for giving citizenship to 17,000 plus undocumented migrants under an amnesty, Dr Wasti said that Justice Plan 2021 provided an opportunity to illegal migrants permission to officially reside there. Under this scheme, successful applicants will receive immigration permission, access to the labor market, and can begin the path to citizenship.

Participants said that while the situation is different at other places of Europe and horrific incidents are taking place at different border crossings of Europe where drowning boats and floating human dead bodies of asylum seekers are raising several questions about the role to first encourage asylum-seeking and now denying asylum through border forces.

Shazia Anwer Cheema was of the view that now political leaders appearing on TV talk shows are blaming and cursing asylum seekers for creating problems for border security personnel.

She said that in the beginning, this engineered unrest was supposed to come under control and the entire process was presumed reversible. The first few installments of asylum seekers were warmly welcomed in Europe. The EU portrayed acceptance of asylum seekers by granting them the status of refugees and then immigrants as an act of humanity and provided an opportunity to US/NATO to clear their guilt. Since 2015 the unending inflow of refugees from war-torn countries has become a concern for European countries. Political scenes of EU member states get the domestic advantage of the situation and get divided into pro and anti-refugee.

Participants stated that the general public is started raising the question of their welfare system being misused by providing social support to refugee families. An argument can still be heard that refugee families of five or six persons are living for social support and not willing to work and participate in the economy. Whispers had long been stated that it is the EU that is taking the brunt. Massive demographic shift now seems to threaten the core values of EU societies.

They also discussed that the UK boldly and bluntly has said it would consider asylum applications from those coming through proper channels which must not be the English Channel. Shazia Anwer Cheema raised a question that what could be the proper channel if someone is fleeing for life and discussing what channel is acceptable and what channel is not acceptable is irony for asylum seekers.

Participants were of the view that the EU’s humanitarian claims got a severe blow when Belarus decided to lure the NATO-affected population to EU countries, resulting in the real face of western humanity coming out of its persona. EU politicians are called the presence of refuge seekers a ‘hybrid war’ and call refugees ‘political weapons’. Does that matter which EU border you cross if you are fleeing from war? If you get smuggled via Greece that is acceptable but human trafficking via Belarus is unacceptable. EU Parliament, discussing that current situation, has pointed out loopholes in the EU immigration and asylum system. Participants said that the EU just discovered true subjective human nature.

Participants were of the view that Europe could avoid this asylum-seeking flood if the EU had not become a party with the US to bomb the humans in order to save them in the Middle East and Afghanistan. There would not have been any need for this theatrical display of humanity by first displacing them and then giving them the honor of becoming refugees in the EU.