Malaysia will face Japan in the inaugural match at the Sultan Qaboos Sports Complex in Muscat on October 18 as per the Asian Hockey Champions Trophy 2018 Schedule.

The Oman Hockey Association will host the six-nation Asian Hockey Champions Trophy 2018 to be held from October 18 to 28.

The Host Oman, Pakistan, India, Japan, Malaysia and South Korea will be featuring in the event sponsored by Hero MotoCorp, an Indian Automobile Company.

As per the Schedule, Malaysia and Japan will meet on October 18 in the opening of the Asian Hockey Champions Trophy 2018 followed by India vs Oman match on the same day.

Pakistan will kick off its journey in the event with its match against South Korea on October 19. Oman and Malaysia will also face each other on the same day.

October 20, Japan will meet South Korea while Pakistan will meet India, and then on October 21, India will take on Japan.

On October 22, Malaysia and South Korea will come face to face as well as Pakistan and Oman.

The host Oman will take on South Korea on October 23 and India will meet Malaysia on the same day as well.

On October 24, two more matches between Pakistan and Japan, and then between India and South Korea will be played. Whereas on October 25, Pakistan will face Malaysia and Japan will face Oman.

The matches for various positions will take place on October 27 whereas the final will be held on October 28. 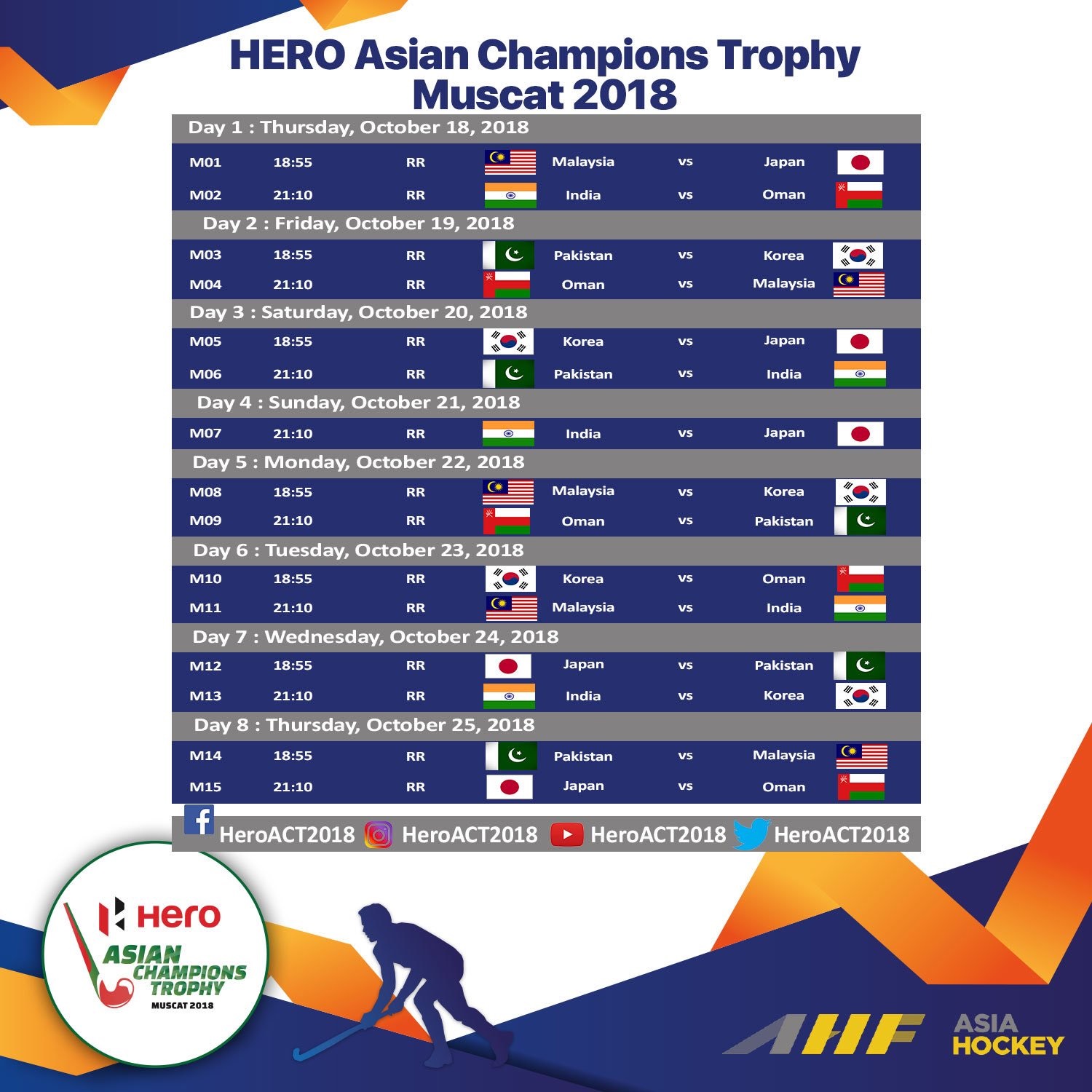 Mati
Mati-Ullah is the Online Editor For DND. He is the real man to handle the team around the Country and get news from them and provide to you instantly.
Share
Facebook
Twitter
Pinterest
WhatsApp
Previous articlePakistan names probables for Asian Hockey Champions Trophy 2018
Next articleCouncil of Common Interests Meeting deliberates on seven-point agenda