The Asia Cup 2022 will kick off on Saturday with the inaugural T20 International between Sri Lanka and Afghanistan at Dubai International Cricket Stadium.

Previously, both these teams played the T20I against each other just once at Kolkata in March 2016 as part of the World T20 hosted by India.

The six-team tournament has been divided into 2 Groups – Group A which includes Pakistan, India and Hong Kong, and Group B which has Sri Lanka, Bangladesh, and Afghanistan.

The event will feature a total of 13 T20Is from August 27 to September 11, 2022. Of them, 10 matches will take place at Dubai while three matches will be played at Sharjah Cricket Stadium. 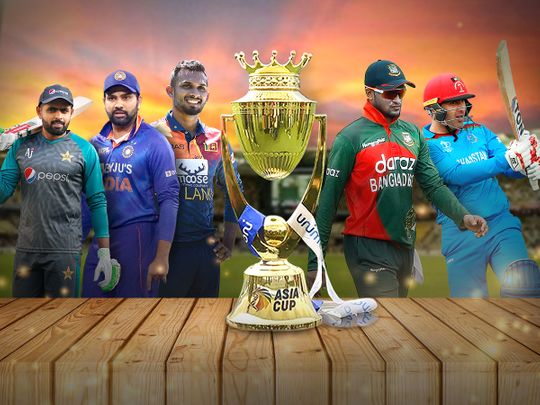 The first edition of Asia Cup organized by the Asian Cricket Council (ACC) was held in 1984 in ODI format at UAE with three participants including Pakistan, India, and Sri Lanka.

Since then, 14 Asia Cup Editions have been played and the last one was held in 2018 in United Arab Emirates (UAE).

It’s only the second time after 2016 that Asia Cup is being played in T20 format. Bangladesh hosted the 2016 edition won by India.

With seven titles, India is the most successful team in Asia Cup followed by Sri Lanka which has clinched the title five times. Pakistan has won the Asia Cup twice in 2000 and 2012.